If you haven’t read Part I and Part II first, you might want to do that.

As I mentioned previously, meeting Larry, KH6ITY on the air turned out to be a great stroke of luck for me, and the contact proved to be beneficial for both of us. Larry is a technology teacher at a high school in Texas, and when he responded to my call on the air, he was looking for a contact to speak with his class via ham radio as a demonstration. I was more than happy to do so, but what Larry told me was that while he could hear me, my audio was very distorted and I was extremely difficult to understand. Somehow, I managed to convey to him enough that he understood that I’d done some pretty extensive 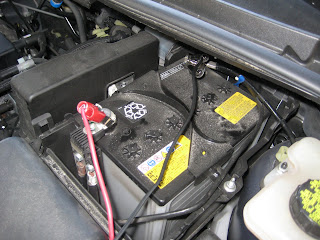 troubleshooting on the antenna system, so he suggested that I try to reduce the transmitter power to see if that would help. Since I’d connected the radio directly to the car battery, I figured that power wouldn’t likely be the source of the problem, but given that nothing else I’d tried had worked, I figured I’d give it a shot.

I turned the power down to about 40% of the maximum and transmitted, asking Larry if my signal was any better. Before he even answered, I knew what the answer was: I was no longer hearing that odd noise in my headset, and Larry confirmed that indeed my signal had no issues. Although the signal strength was somewhat reduced, Larry was able to report that the audio artifacts were completely gone. He then asked me about what kind of radio I was using (an Icom 706 MKIIG), and when I told him that, I think that both he and I figured out the problem, both from similar past experiences. First, a little bit of background.

All electronic equipment requires a power supply that is capable of supplying a certain amount of electrical current at a voltage within a specified range.  According to the manual, the 706 MKIIG  draws up to 20 amps at 13.8 volts DC+/- 15%. Although the electrical system in a car is rated at 12 volts DC, it turns out that a charged car battery will provide somewhat more than 12 volts, and the battery is charged at somewhere between 13.2 to 14.4 volts. A running engine which is charging the battery should provide enough power for the radio, but what happens if the car isn’t running? It turns out that in practice, there is some “give” in these numbers, but at some point, the radio doesn’t function properly.


For those of you who have forgotten (or never knew), one of the most basic formulas in electricity is known as Ohm’s Law. It states the relationship between voltage, current, and resistance. In order to try to keep my readers awake, I’ll skip all the details and say that Ohms law explains that the length of the power cord, among other factors, affects the amount of actual power that the car battery is able to deliver to the radio. I’d used this exact same setup previously from at least two different vehicles without any issue. However, it seems that the battery in the rental car (a Mazda 5) that I had was a bit weaker than the others that I’d previously used and it just wasn’t capable of delivering enough power to the radio.


The Icom 706 MkIIG is probably one of the most popular radios made in recent years. It is very portable, capable of transmitting on all the HF radio bands, (10m through 160m) and can also transmit on VHF (6m and 2m) and UHF bands (70 cm). This was the first HF radio that I ever bought, and it has served me very well for the almost 10 years that I’ve owned it. However, it does have one problem (perhaps common to other similar radios): When it doesn’t get enough power to transmit properly, instead of simply shutting down or refusing to transmit, the transmitted audio gets distorted.


Both Larry and I had previous experiences where the radio wasn’t supplied enough power and exhibited this problem. In my case, the very first time that I ever tried to operate from a car, I was parked outside a friend’s vacation home in upstate New York, and figured that the accessory adapter (we called them cigarette lighters back then) looked like an easy way to hook up the radio. It turns out that the wiring for the lighter plug wasn’t capable of carrying the 20amps at 13.8vdc that the radio requires to transmit at full power. My audio was distorted, and a helpful ham in Italy (I wish I’d made a note of his call) helped me to troubleshoot the problem. At the time, the solution was to simply connect the radio directly to the car battery, which did the trick.


Since I was already connected directly to the battery, the only other thing that I could do was to start the engine, hoping that the charging current provided by the car’s alternator would provide enough power to the radio when transmitting at full power. I adjusted the transmitter output back to 100%, and Larry verified that my audio was still clear. Finally, I was on the air, and could start making contacts. 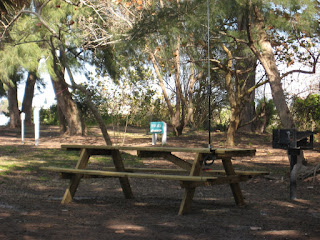 The antenna was mounted on a picnic table about 15 meters away, I was sitting underneath some trees, and I was able to make contact with other stations all around the world. This was what I’d planned to do.


However, Murphy still had one surprise in store for me, which didn’t crop up until the next day.


The sage concludes with Part IV.