Author: Larry W2LJ
It seems for me at least, that these event hardly ever go as I envision them. In my mind, I get onsite early, with plenty of time to set up, which goes like a hot knife through butter. I have plenty of time to spend on the air, and just make scads of QSOs, then break down and come home, tired but triumphant.

As Mr. Lennon wrote, "Life is what happens when you're busy making other plans."

I had planned to get to Washington Rock State Park around Noon. The park, which is on the first ridge of the Watchung (Wach Unc in Lene Lanape) moutnains, meets the  QRPTTF theme requirement for being a place somehow related to Native Americans. What actually happened was that my daughter was invited to a sleepover/birthday party, and I had to have her at her friend's house at 2:00 PM. So much for the early start. 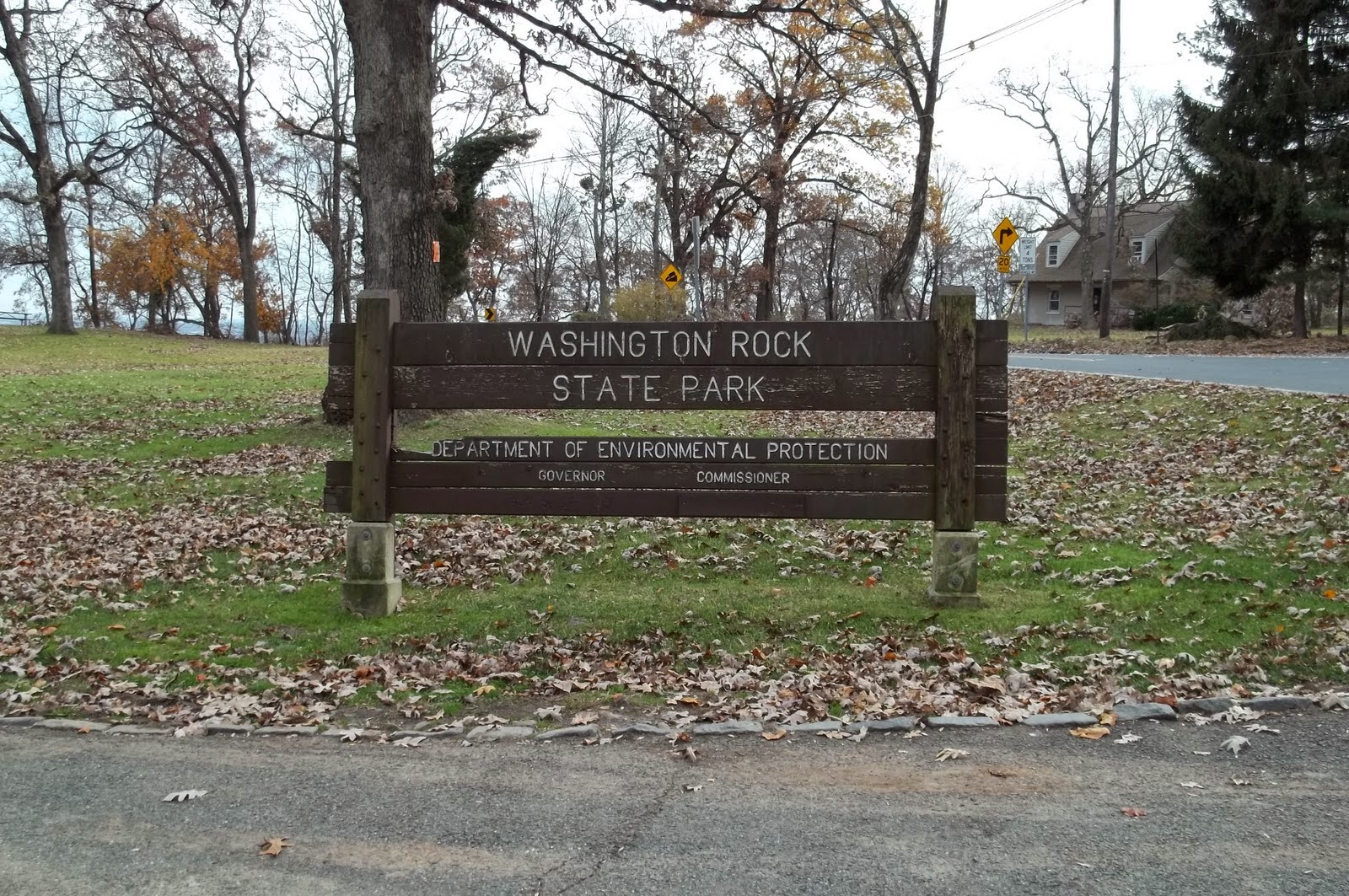 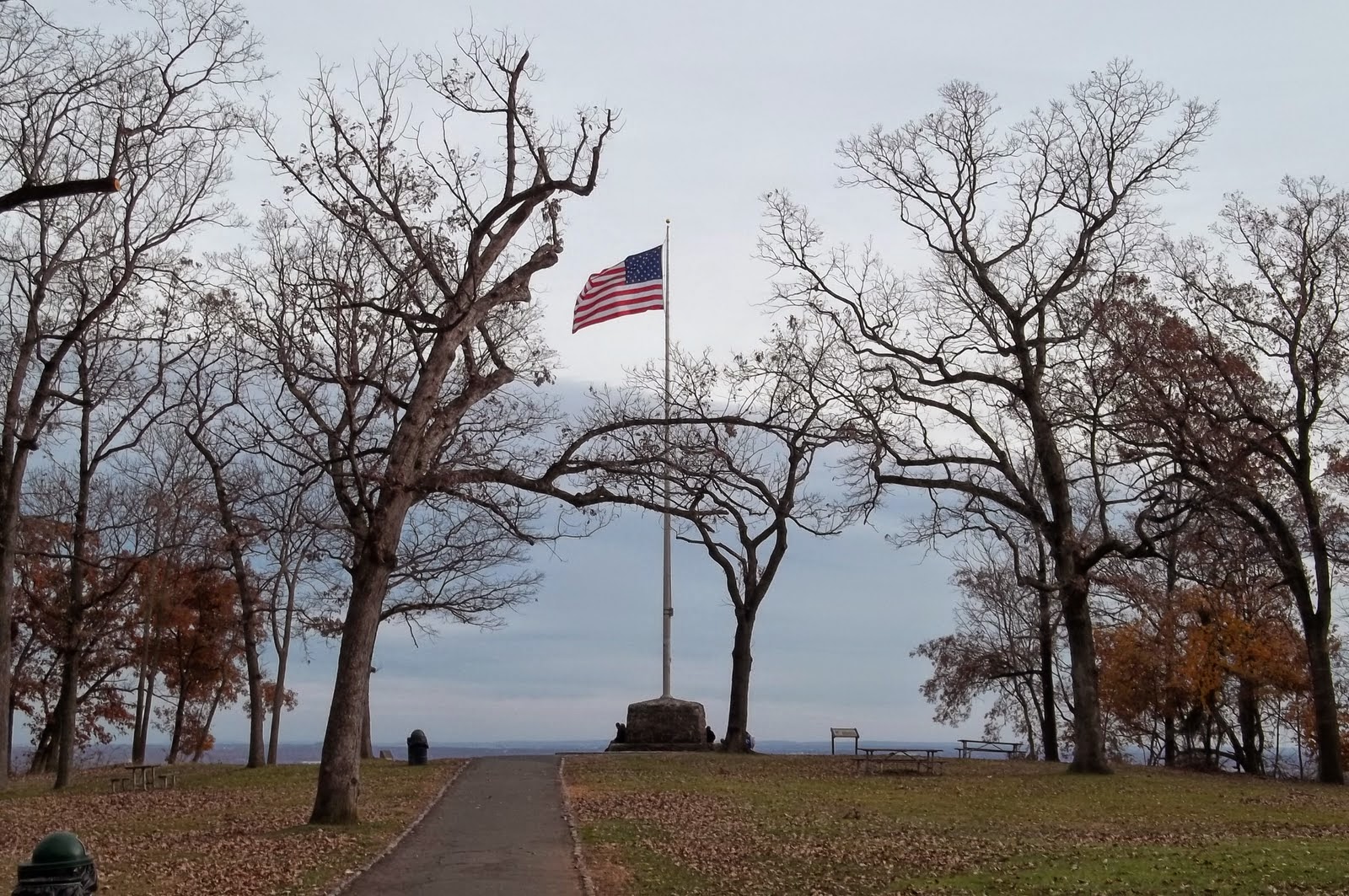 Set up did go like the knife through hot butter, after I made it to the park. The new Joplin ARC antenna launcher got my antenna hoist line up over a 40 foot high tree branch on the first shot.  The EARCHI was up, literally in minutes.

I got on the air at about 1830 UTC and I spent about 15 minutes calling CQ QRP on 15 Meters with no takers.  I had a feeling that 15 Meters was going to be good today. It wasn't, at least for me. So I meandered over to 20 Meters and was answered by Craig N8KMY at 1855 for my first QRPTTF QSO.

It didn't start out as a QRPTTF QSO. He called me because in his words, he couldn't believe that I was QRP.  He is located in northern MI and told me that I was one of the loudest signals on the band for him. He repeatedly asked me to confirm that I was only running 5 Watts.

He was as loud to me as I was to him, so that's where the fun began.  First he lowered his power from 40 Watts to 20 Watts, when I told him there was no difference in his signal, he continued to lower his power down to 10 Watts, and then, eventually 5 Watts.  He was astounded when I told him (quite honestly) that there was no difference between his signal at 40 Watts or 5 Watts.  A new QRP convert? I certainly hope so! Craig seemed enthusiastic enough.

Getting him down to 5 Watts qualified as a QRPTTF contact. We had a nice ragchew for about 25 minutes. A bit longer than I had intended, but it's never a bad thing to promote QRP, and bring a new soul into the fold, right? So it was worth it.

Besides, as it turned out, the bands weren't exactly rip-roaring with QRPTTF activity. I ended up making only 8 QSOs. Six on 20 Meters and two on 40 Meters. 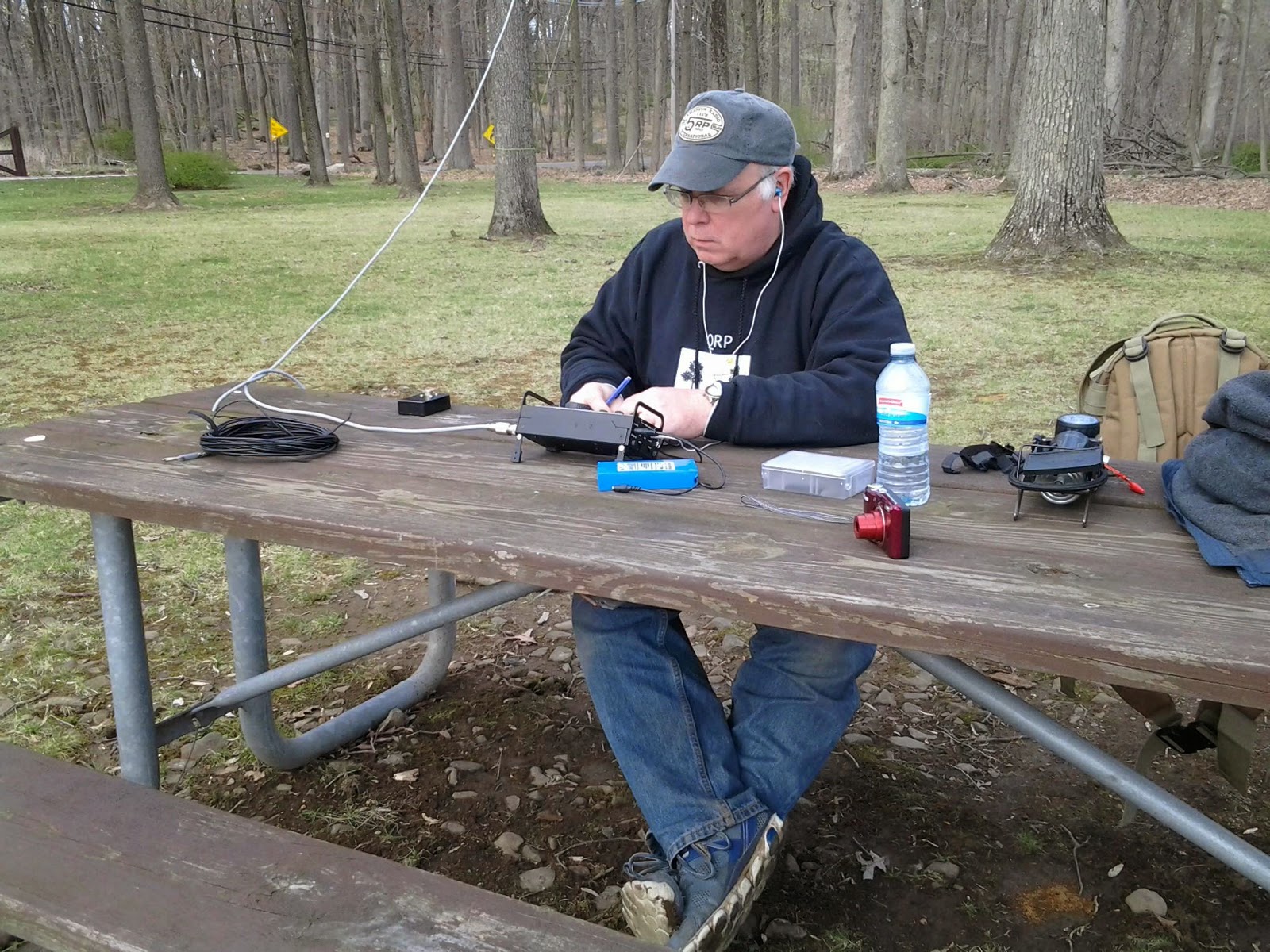 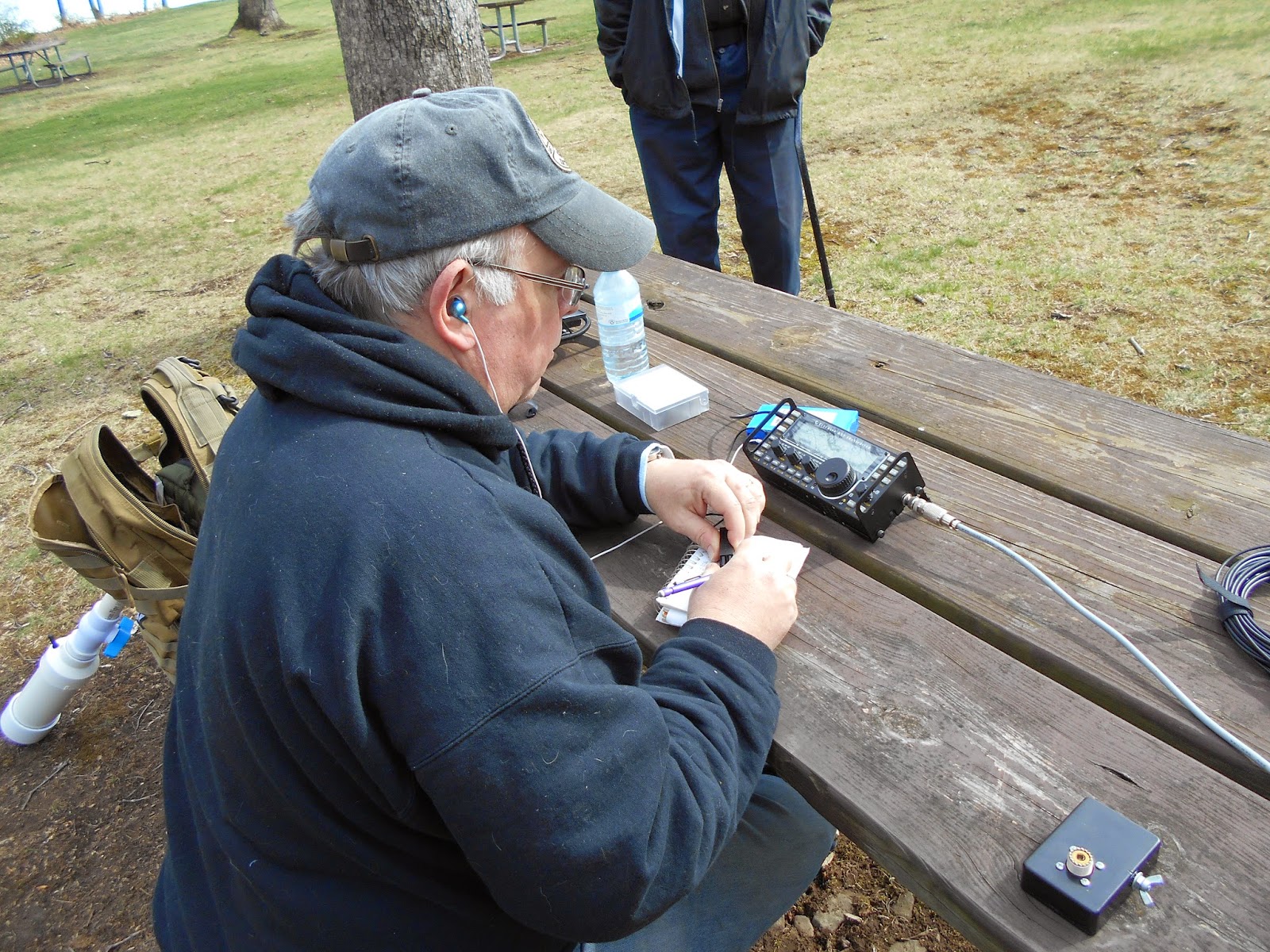 What made the day, was when my fellow SPARC members, Marv K2VHW (my official QRPTTF 2015 photographer) and Drew W2OU came for a visit.  They kept me company in between QSOs and also stayed with me until I packed up for the return trip home. Around 5:00 PM, it started getting chilly again and QRPTTF signals were becoming about as scarce as hen's teeth. So only though I put in only 2 & 1/2 hours behind the key, I decided to call it an event and head home.

The important thing was that I had fun and enjoyed my time playing radio today. It feels like I don't get to do this anywhere near enough.

72 de Larry W2LJ
QRP - When you care to send the very least!
Please support our generous sponsors who make AmateurRadio.com possible:
Search AmateurRadio.com
Do you like to write?
Interesting project to share?
Helpful tips and ideas for other hams?