Some radio but a lot of photograpy!

Author: Mike VE9KK
On Friday (since I had the day off) I felt it was about time to take the Elecraft KX3 and do some portable op's since the weather did not seem like it was going to co-operate once again I operated from the car. I used my mobile whip antennas again and if you remember from my last post I had an error message show up on my radio ERR TXG! Well I tested all the mobile coax and mount  all seemed fine. I did clean the antenna mount connections and this time out all seemed to be well with no error messages. I had about an hour and a half of radio time. I found 20m to be dead with little or no activity I ended staying on 30m but was skunked with regard to contacts. The propagation gods were just not smiling on me this time. The rest of the weekend Julie and I took in the Canadian International air show. On Saturday we were off to Toronto Island it's a short ferry ride into Lake Ontario and in the past this was a great place to get pictures of the air show. This time around it was a good day to sit on the beach and relax with only a few good shots! The Toronto Island for sure was not a good place for photographing the air show as many other would be shutter bugs found out as well. It seems the flight pattern had changed and as Julie pointed out looks like they are flying right over our condo which also is on the lake. On Sunday we went up to the roof top patio on our condo and waited to see what kind of shots we could get. below are the results the cameras used are the Nikon D810 with Nikkor 70-200mm F2.8 glass with a Nikon 2x tele converter I was using the Nikon D800 with Sigma 50-500mm F4.5 glass. The RAF SE5 was about 2 KM's away from us. The C-123 was buzzing a condo that is about 1/2 KM away from us. So not much ham radioing this weekend but I do have Tuesday off as well and you never know I could have the radio god's smiling on me! 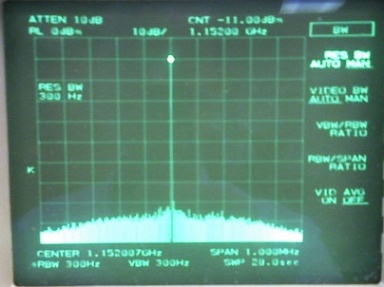 Through some reorganization at work in the past two months, I have suddenly gained ready access to a lab full of RF test equipment again.  Two years is a long time to go without. Apologies for the cell-phone photograph of the screen.

I took the W1GHZ 1152-MHz LO board over to have a look at it during lunch.  I’m seeing -11 dBm at 1152.007 MHz.  I am a bit dubious of the last digit of the frequency (even at 300 Hz RBW) but I’m sure there’s a frequency counter around somewhere.  Anyhow, I need to put a MMIC (or two) on the transverter board.  That should be a nice evening project along with the W6PQL preamp kit that showed up today.

Saw this in my Google Reader at work and had to post.  Apply to work, ham radio, …?  It’s clearly an artist’s take and not an engineer’s. 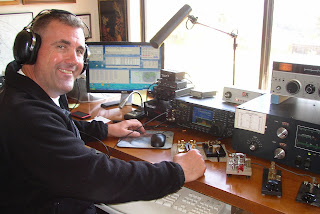 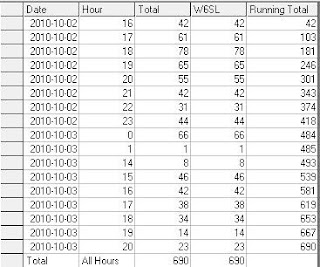 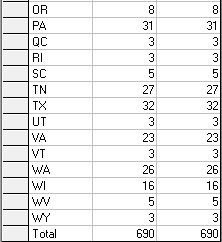 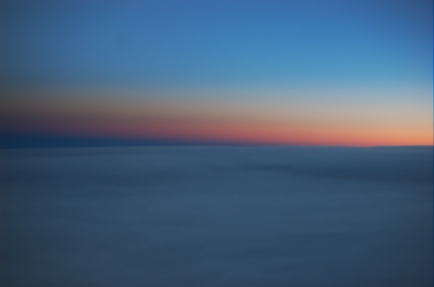 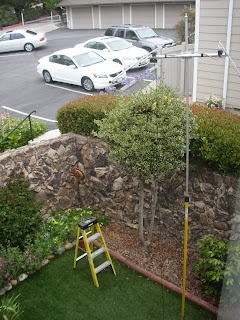 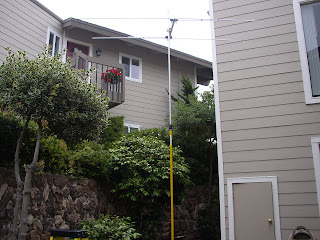 Photograph 2 is a street level few of the 6m 2 element yagi positioned in a difficult operating location. 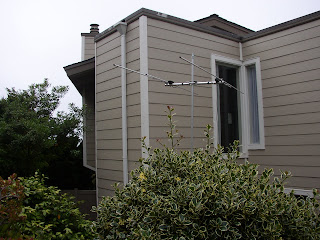 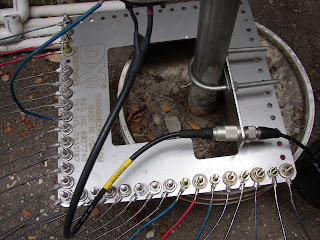 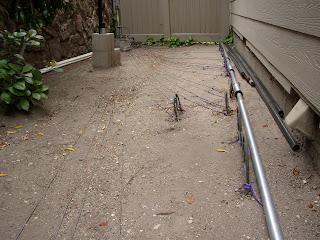 Photograph 5 illustrates the cement like quality of our soil just two hundred yards from the Pacific. 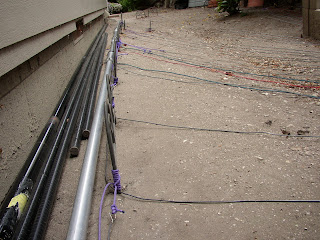 Photograph 6 is an example of re-purposed, decorative lawn fencing.

73 from the busy shack relaxation zone. 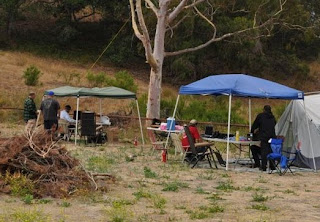 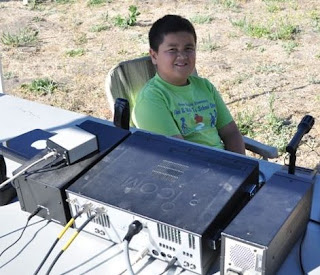 Emerito, N6ETO’s son Vinnie taking a tour of the ionosphere despite closed out conditions. 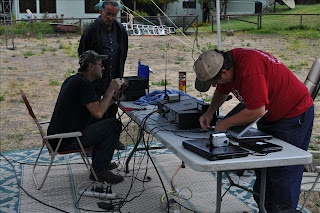 Phil, KK6PE working on the laptop prior to official start while Brian and Frank troubleshoot our rotor control box. 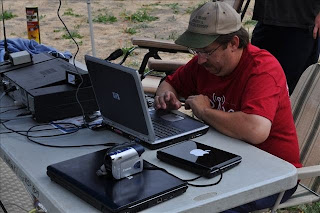 Phil, KK6PE is downloading N1MM Logger for use over the weekend. The club operated from the dialogue box while inputting mode, frequency, and callsign. 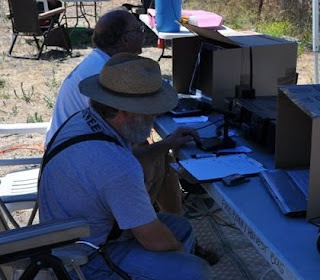 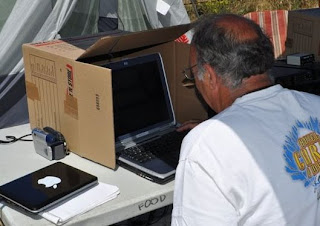 Fred, KI6QDH in the pilot’s chair and a box provided screen shading otherwise it was impossible to see one’s input. 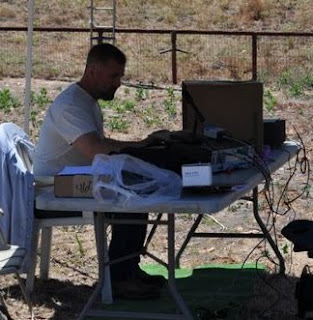 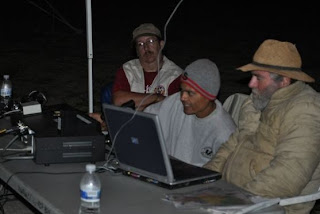 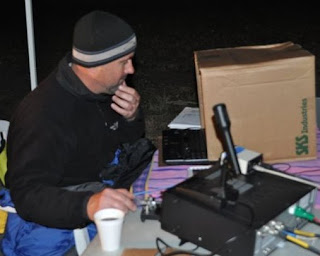 Saturday night pumps on the low bands and I’m having a blast working both short and long skip. The evening cooled off significantly enough to warrant a North Face sleeping bag and skull cap. 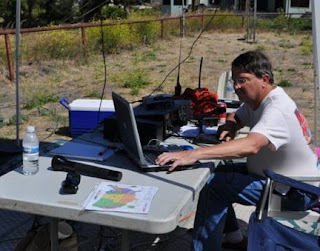 Ernie, AE6ZE who hosted our first ever field day event in the pilot’s chair on Sunday morning. 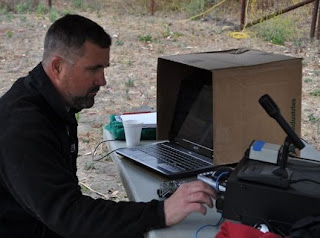 Riding a few hours sleep and back in the chair on 40m early Sunday morning. 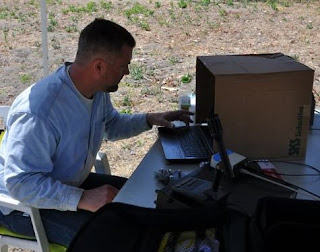 Activity shifted on Sunday as many operators went into the log as 1 Deltas and I imagine it will be an on-going, persistent trend in the forthcoming years. 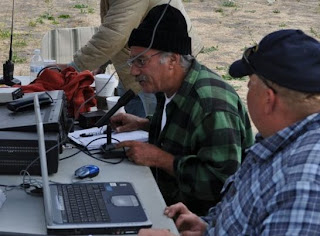 KI6QDH and KI6UYB logging contacts either on 15 or 10m because 20m was not as productive as the team had hoped for through the weekend. 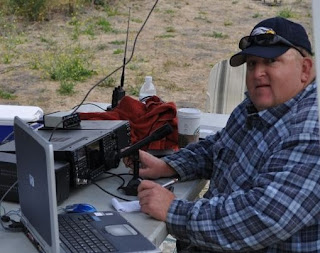 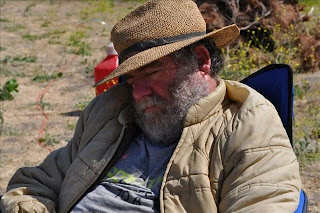 John, KG6RFW summed up our weekend beneath the warmth of Cycle 24 during the final hours of field day. 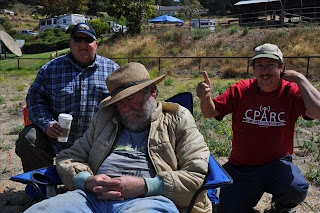 73 from the Beach Boys Amateur Radio Club and stay tuned for our next adventure!