Author: Mike VE9KK
I have been reading on many blogs of fellow hams who have had an increase in QRN due to many electrical sources and routers just to mention a few. The enjoyment of ham radio has been for many cut short due to devices blowing a hole in the spectrum!! Yes the companies are suppose to adhere to regulations regarding emissions. BUT both the adhering and the enforcement are very much lacking. We as hams are left to somehow deal with the hash that many modern items produce. I have this feeling it is not going to decrease as time goes on but increase. I have found this is were in my case the MFJ 1026 shines for me. I have a Plasma TV on the main floor and when Julie is cooking, surfing the net or relaxing the TV is on with some music playing in the background. I could go down and ask her to turn the TV off....but....I am a married man not a foolish man. Below is a YouTube video I did today showing how effective the MFJ 1026 is. It was done with my Iphone so some movement will be noticed. (note to self....get a proper recording device)

Author: Mike VE9KK
For the past few days the weather folks have been talking about a storm that's on it's way.....largest one in over 5 years!! In the past we have had similar forecasts and nothing has materialized. This time they were right and overnight the snow started and is still going strong. Yesterday I was able to book Friday off, the drive to work for me is 1 hour (one way) on the highway. We live out in the boonies and the roads can be very bad. I am not one to get into a car crash and  possibly ending up in the hospital to just get to work.  Julie is not so lucky she does not work to far from home and her work is not so forgiving about taking the day off. I was up at the crack dawn to drive her to work. At this time it had only been snowing for a few hours and it seemed to be at the 6 inch mark already. The storm is supposed to continue all day so we will see what we end up with! 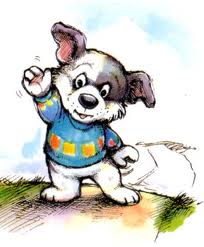 It was time for me to go over the blog and do something that is never very easy to do.....I have had to preform this function in past and never looked forward to it. The time came to look through the blogs on my blog list and remove the ones that have been dormant for some time. As I went through the blogs I had noticed that some were without any activity for more than a year. I felt these ones for one reason or another were no longer functioning. It ended up I only had to drop about 3 blogs but it gives me more room to add active blogs. I can understand how workloads, family and sometime health problems can lead to a blog going stagnate. One thing I am guilty of is not changing my blog layout now and then to give it a new and fresh look. I think in the 3 years the blog has been up and running it has had....maybe 2 makeovers!! I should pay more attention to this as well as adding and or refreshing up the pages as well.

Where does the money come from???

For some time now there has been a rumour of a new radio coming out from Kenwood.
In Japan Kenwood is anouning a new addition to the family of radios. They are saying the TS990S will be released Feb 2013.  It's a great radio with many features and great specs...but it comes with a very steep price tag.....9,138.78. I am just not sure how folks come up with the cash for rigs like this.

Of these and other companies who offers rigs under 2,000

The Blue screen of DEATH!!!!

Author: Mike VE9KK
Saturday afternoon started out in a very relaxed way on the computer looking at blogs and then the monitor went a blue colour with lots of geek mumbo jumbo on it......then the PC restarted. All seemed to be ok until it happened again and again turns out this is the "Blue screen of death" I had the bright idea of loading my Win XP CD and running the repair option.  From here it went downhill real fast as the repair process went on it's marry way I noticed it sure was taking along time. I then just happen to see that part way through the repair program the Blue screen of death showed up again. Seems even Win XP repair was caught up in the loop now. I was not able to get back to Windows after trying all kinds of back door options, it seemed my only option was to reformat my hard drive. The thing that bothered me was I was not able to get back into Windows to back up any of my MANY programs!!!! The hard drive formatted ok last night and now it's time to load drivers, programs and then to get them running and happy with my radios.  UPDATE......driver loading not going as planned for some reason the onboard video card can't be found.  In the process of updating to Win XP SP3 maybe that will do the trick.....oh and for those wondering how this blog was done and put up????? Im on my blessed MAC at the moment....:)
Merry Christmas to all my readers!!! 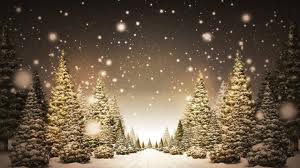 Tis the season to become busy........here at VE3WDM lately the dust has been gathering on my ham equipment. Over the past week and a half I had good intentions of sitting down and getting some radio time in....BUT....it just has not come to be. There has been Christmas shopping, working late during weekdays and on weekends, putting the tree up and the list goes on. By the time I settle in getting on the radio feels more like a chore than hobby. On the happy side I do have 2 weeks off over Christmas and I made a list and checked it twice, there is no naughty on this list just some nice ham radio goals over the break.  This evening I found some time to get fire up the Elecraft K3. To my surprise I did not find the bands (20m, 30m and 40m) not in great shape. I didn't make any contacts but I did hear PY2CW from brazil and a few U.S stations but that was it.

Does the early bird get the DX…it’s said he gets the worm. 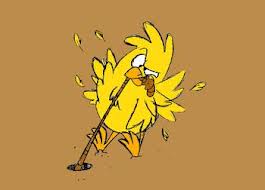 Last Friday we had a "situation" at work that had me working until about 3 a.m. and when I got home I was still all pumped from work and was not ready to jump into bed. The thought came to me about getting on the radio and seeing what DX pileups were out there. I had heard of folks getting on in the wee hours of the morning and catching some rare DX. With great expectations  I turned the radio on....10m dead, 15m dead, 17 and 30 same thing!! Alas on 40m my Elecraft P3 showed some faint signals, I spun the dial to the frequency only to find it was some very weak State side stations. Not that there is anything wrong with that but it's kinda a let down when one is anticipating WILD DX!!!

I did not check the propagation that morning so there could had been a storm brewing or maybe everyone but me was in bed sleeping. As I have blogged about in the past I am trying to get my ARRL Diamond Challenge award (and doing it QRP) at this point I am at 81 DXCC contacts. You only have one year to accomplish this goal and it's now almost December!!!  Having said that I am "really" at 95 DXCC's for 2012 according to Club log. The catch is the ARRL for the Diamond award is not counting ALL DXCC on the list. It is a long story but it's just how the ARRL perculates. I was hoping to bring my K2 or my newly acquired KX3 to work as I was wanting to get some operating time in before work. I am usually in around 5:30 in the morning and I have until 7 to make some contacts. With my Saturday mornings performance I am not to sure if bringing  the rig would be a waste of time.....any ideas out there???