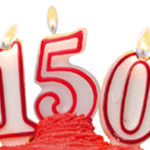 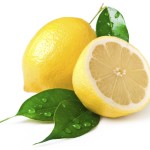 Hello again, and welcome to Episode #149 of Linux in the Ham Shack. In this episode we tackle a number of interesting and diverse topics: Starting with Field Day and an online course on Climate Change, we move to software patent legislation, deep topics like buildroot and custom Linux images, and then to hardware reverse engineering for your benefit and a utility for helping you save battery power on your laptop. We even manage to get in an interview with our ambassador to SELF, Darrell, KI4LLA. Don't miss one action-packed second.

Author: Russ K5TUX
Episode #108 Audio (Listen now!):
Introduction:
The show starts off well with Pete being in 17.7C (63F) weather, and the guys talk about Russ’ beverage for the evening.
Announcements:
Topics:
Mini-topics:

LHS Episode #108: Mumble in the Jungle 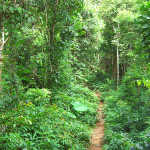 Hello and welcome to the first episode to be released on schedule in quite some time! It looks like our contest to award a Beaglebone Black to some lucky listener is going well. Make sure to get your entries in before 10:00pm Central on June 16th, either by becoming a member or completing the thought "I deserve a Beaglebone Black because..." on our voice line at 1-909-LHS-SHOW (547-7469). The drawing will be held during our live recording of Episode #109 on June 18th.

In this installment, your hosts travel the world of Linux and Ham Radio, discussing the latest release of ArchLinux, hurricane and disaster preparedness, the free-software Mumble project, computers in education and more. We even have voice feed back from Lord D, addressing a philosophical topic discussed in Episode #101. Sit down with a drink and get comfortable. This episode will make you think--we hope.

I haven’t blogged in a few weeks.  Work has kept me busy and I’m still making solid progress on the new basement ham shack, home office, podcast studio and just general all-round man-cave.  I’ll try to get an update on the new ham shack published soon.  However, I wanted to take some time to write a quick blog post to tell you about some really fantastic news.  A friend of mine and fellow club member, Stu Turner W0STU debuted his HamRadioSchool.com license course system today.

The HamRadioSchool.com license course is an integrated learning system, combining the best of proven traditional methods with new media to provide an overall learning experience never experienced before in amateur radio.

The Book – The HamRadioSchool.com Technician License Course, is honestly the missing book we’ve been looking for.  This material contains more than just the public domain questions.  When used, the student will actually learn and not just memorize.

The Website – The HamRadioSchool.com interactive website offers a fun and highly informative electronic magazine for new hams.  New features and new content will be introduced frequently.

The Apps – The HamRadioSchool.com tablet and smart phone apps provide book-coordinated question pool quizzes and full exam practice from anywhere and at anytime.   The HamRadioSchool app will also track progress to ensure the student sees all of the pool questions and remembers areas of weakness so you know exactly where you need to focus your attention.

Yes there are other study materials and methods available, however these often encourage memorization and leave the student without truly understanding the content.  The HamRadioSchool.com Technician License Course material promotes true understanding with simplicity in an easy to follow program.

If you are interested in earning your US FCC Technician class amateur radio license, skip the rest and go for the best!  Please visit the HamRadioSchool.com website to learn more about the program.

When I was in the final stages of preparing for both my technician and general class exams, I used a set of flash cards from Flash and Pass.  I would ask my wife to read the questions to me and I would try to answer.  This was especially handy when I wasn’t near a computer and couldn’t take the online sample tests.  This process actually worked well for me and helped me polish my knowledge.

I believe the basis for success in using this method depends on first reading the study guide.  Second, the use of online sample test sites (many different ones are available), I recommend a site some friends of mine maintain called Ham Tests.  However, I really believe it is important for the student to READ THE BOOK!!!  Then (and only then) download my twenty audio sessions.

Each audio session is anywhere from 12 to 30 minutes in length (perfect for commute to work or school) and contain every question in the current question pool unless that question relates to a visual diagram.  The tech and general pools do have some questions that ask you to reference a diagram.  I mention these during the appropriate audio session only as a reminder to study the question directly from the book.

I’ve received many positive comments on both the technician and general audio programs and I’m truly pleased to know many have experienced benefit from the audio programs.  If you are preparing for either the US Technician or the US General amateur radio exam, please visit MyAmateurRadio.com.  Good Luck!!!

The SOTA Activities of KD0BIK–Blog Site

I’ve setup an independent blog site to somewhat showcase my past and future SOTA or Summits On The Air activities.  In addition to posting alerts to future SOTA activations and detailed trip reports after, I also plan to post some “How To” or instructional related topics all about SOTA.

These special instructional SOTA topics can all be found under the category of “How To”.  In addition, I’ve setup links to all the various SOTA related websites and even documented some of the gear I carry along with me.  The gear page explains what I use and also details into why and how.

Thank you to all who continue to read my blog sites and listen to the podcast.