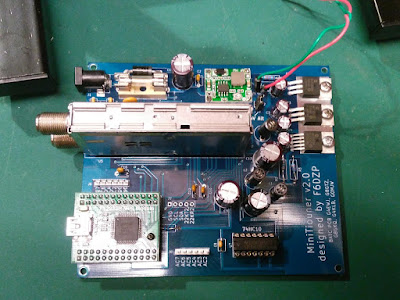 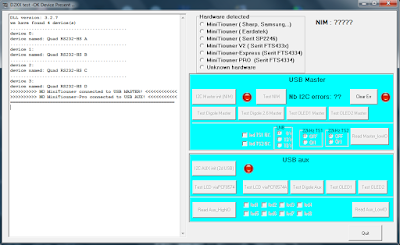 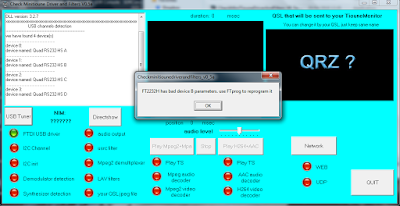 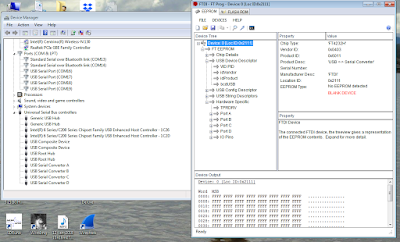 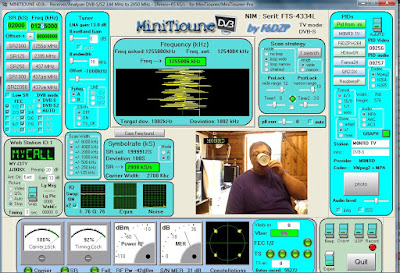 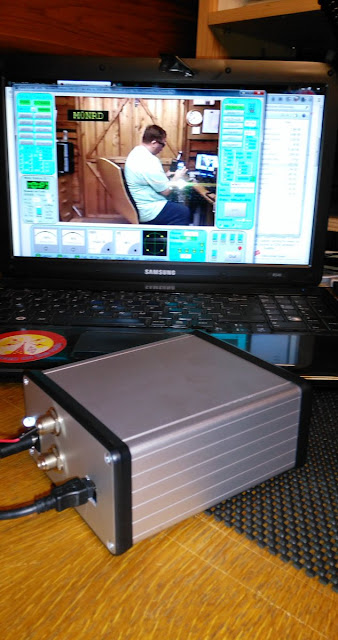 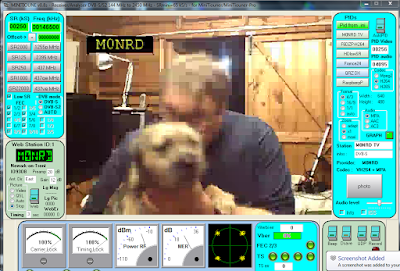 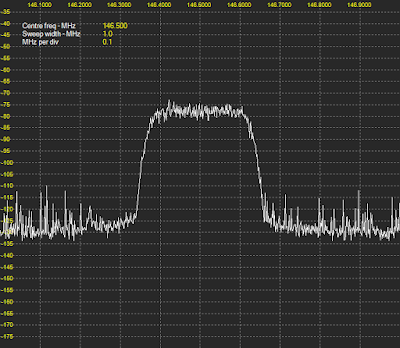 I plan to do a bit more with the 5.6GHz FPV stuff before the weekend having took delivery of some nice grid antennas and hope to get out to try a contact or some tests with members of SKARS 73

Author: Andrew MØNRD
I am always keen to try something new and I've spent the last couple of weeks experimenting with some Amateur Television ATV and Digital ATV (warning this post is bit of ramble and information overload)

They say "a picture paints a thousand words"and I've always liked the idea of sending pictures via radio having dabbled with sending and receiving SSTV and SSDV, including pictures from High Altitude Balloons (HABs) like the Hamfest HAB flight I did back in 2015 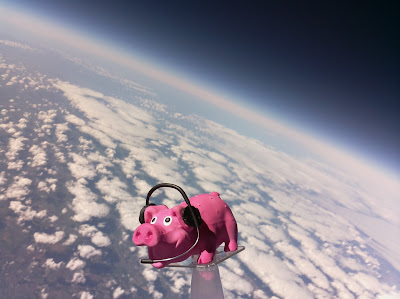 But I've also been intrigued by "Fast scan TV" to transmit moving images. I've seen demonstrations at conferences and in online videos and joined the British Amateur Television Club BATC a few years ago but apart from reading the CQ-TV magazine I had not done anything mainly due to expense and investment I mistakenly thought I would need to make.

Recently I have seen mention of using easy and low cost equipment to get on the air on 5.6GHz (the 6 cm amateur band) using cheap modules intended to transmit “First Person Video” (FPV) back from drones.

These simple units can be used without any modifications to get on air. A number of operators have used them with high gain WiFi panel and/or dish antennas with a clear line of sight path to send pictures to stations using the same equipment over paths in excess of 50km, the current record is over 160km. Chris Leviston M0KPW has an excellent website describing his 5.6GHz system http://www.5-6ghz-atv.co.uk/ and there is more information at the BATC Wiki https://wiki.batc.org.uk/5.6_GHz

Inspired I ordered some kit from eBay a few weeks back, a receiver module and transmitter arrived quite quickly (no slow boat from China this time) 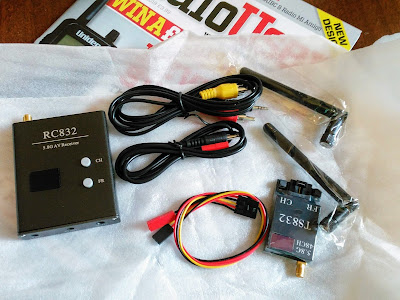 The equipment is powered by a 12V supply and input and output is a composite video signal and audio. It can be fed by a standard camera or video source but I dug out an old Raspberry Pi and soon had it generating and transmitting a test card with the required call sign overlay. The modules are channelised, the displayed 33 number is bank 3, channel 3 which is 5.665GHz selected by the BATC since it sits inside the amateur allocation, 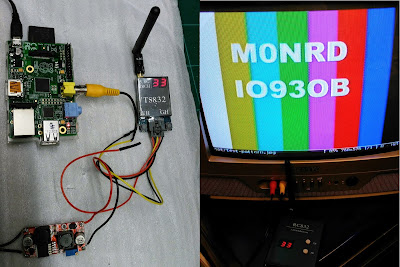 Over the week I refined the Pi software, adding the Pi camera and various libraries in python to generate video with informational overlay, adding a GPS allowed calculation of the locator square when out portable. I have put it in a box (sorry no picture of that) and a switch to flip between live video and test card. I also had a bash at making some double biquad antennas. Regularly updating my twitter feed with various milestones (I recommend you follow me)

While browsing the BATC website for information I spotted that there was an ATV Academy workshop being organised by the Telford and District ARS, giving people the opportunity of finding out a bit more about ATV and people could bring along their equipment and projects for advice. So at the last minute I decided to go but because of the distance could only really go on the Saturday. But it was well worth it and a great day. I was made to feel welcome by everyone there and was able to show off my modest achievements on 5.6GHz and learned about the BATC Portsdown Transceiver and MiniTioune receiver projects, even buying the parts to build the receiver.

Having a great time learning all about ATV today, showing off my humble efforts pic.twitter.com/YTwEf7Sjdl
— Andrew Garratt M0NRD (@nerdsville) August 4, 2018

The academy coincided with a BATC Activity weekend and they were going up to the summit of the nearby Long Mynd to operate on the Sunday. Since I wasn't there I had planned to go to a local high point to see if I could make contact with some of the other operators and stations and got the kit ready on a cheap lighting tripod. I was going to use an old portable satellite dish with one of my double biquads at the feed point. 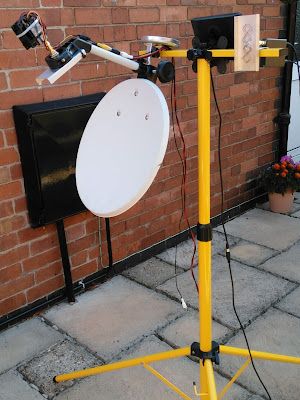 The satellite dish is inverted because they are offset so when the dish is vertical they are actually pointing around 20 degrees upward towards the TV satellite (in the UK). So for terrestrial use with low elevation they work better inverted. (see here for better description of offset dishes) 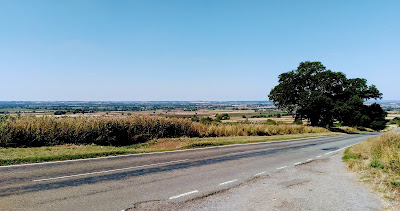 I did venture out but I chickened out setting up due to a combination of a surprisingly busy road, fly tipping and very hot conditions. Due to the the fly tipping in the lay-by I didn't want to be seen getting stuff out of car boot! especially as a few cars had slowed down as they passed.

Nevermind I have ordered couple of cheap high-gain mesh dish antennas so when they arrive I will get out again and arrange some skeds, hopefully roping in some of the radio club.

In addition to the 5.6GHz stuff I have also taken possession of an ADALM-PLUTO SDR from Analog Devices. It is inexpensive (£90/$100) and designed to allow educational experimenting in software defined radio. It is a SDR receiver and low-power transmitter. They had been in short supply but availability has improved.

Charles Brain G4GUO has added support for the device into the DATV Express software. I am hoping to use it for some experiments in RB-TV (Reduced bandwidth TV) so I can actually use my NoVs

I took the PLUTO along to the ATV workshop and was able to see it transmitting and being received by other peoples receivers. So last night I got out the two satellite receivers I have and with a little bit of persuasion with settings got some DVB-S DATV transmitted and received.

Anyway, that is enough for now.. but will try to keep the blog updated as I experiment some more, but follow my twitter account @nerdsville for realtime updates 73 Andrew
Please support our generous sponsors who make AmateurRadio.com possible: