7 March 2015 | by Steve G1KQH  |  Share |  Tweet |  Leave a Comment (2)
Yesterday evening I received an email from Martin Lynch & Sons that they had despatched a package to me. I was a bit puzzled at first, as earlier in the week I had received my early birthday present I had ordered a day or so before, so I couldn't work out what the package would be, perhaps they had made a mistake?

Then I remembered, I had entered the ML&S guess the Caption competition on their Facebook page. A quick surf over there and I found I had won a Kenwood hand towel, which arrived promptly in this mornings post: 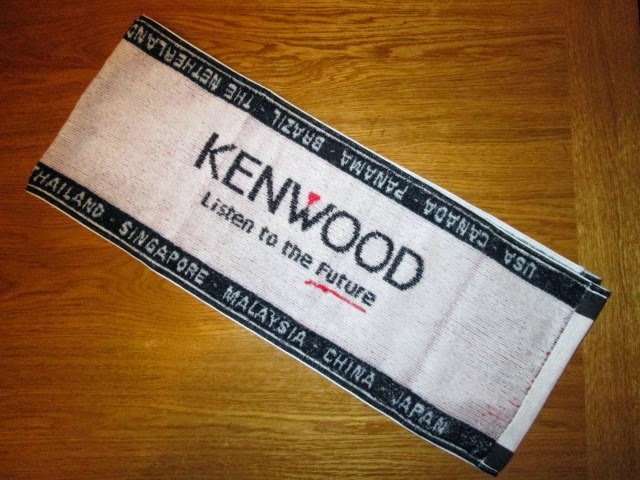 I certainly won't be using it on my face, it will be put on the wall in the soon to be refurbished shack.

If you want to keep up with the top deals and offers at ML&S, join in by liking their Facebook page, it is well worth keeping your eye on!
Steve, G1KQH, is a regular contributor to AmateurRadio.com and writes from England. Contact him at [email protected].