15 June 2017 | by Larry W2LJ  |  Share |  Tweet |  Leave a Comment (0)
They say Memorial Day is the "unofficial" 1st Day of Summer.  That may be true; but in Skeeterland, we wait until the "official" Official 1st Day of Summer to start issuing NJQRP Skeeter Hunt numbers. That day is coming up fast - next Wednesday, June 21st is when Skeeter numbers for 2017 will start being dispensed. 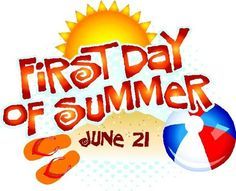 All you have to do to get one is to send an e-mail to [email protected] and one will be sent back to you in a confirming e-mail.  Be sure to include your name, call sign and either the state you'll be operating from or the POTA #.

POTA # ?????  Yes - because this year, the NJQRP Skeeter Hunt will be featuring the Parks On The Air program. For all the details, please visit http://www.qsl.net/w2lj/

Last year, it was NPOTA and this year it will be POTA. 100 Bonus points will be added to your score if you activate a POTA entity, and there are PLENTY of them available!  To find one near you, please visit the interactive map at: http://wwff.co/directory/map/

Now I know some of you faithful Skeeters are probably reading this and are thinking, "Wait a darn sec, there, LJ!  Where's the Soapbox page from 2016 and where are our certificates? Huh? What do you have to say about that? Huh?"

Mea culpa, friends!  I'll readily admit that I was tardy on both counts.  However, the 2016 Soapbox page is now up at http://www.qsl.net/w2lj/index%20page%209 and your richly deserved certificates are in the process of being printed. I hope to have them in the mail, no later than this weekend. And hey, the timing isn't so bad, is it?  You can read the soapbox and make plans for this year, while reminiscing over last year!

So to answer one last question - why new Skeeter numbers every year?  Why aren't they good for life?  The reason for that is that I like to give everyone the opportunity to get a low number. Those seem to be the most coveted.  For various reasons, not everyone is able to participate from year to year - family commitments come up, business trips happen, vacations happen.  It's not fair to lock up a low number because of that - so they get issued to folks who really want them and have every intention of using them.

That being said, if you're not certain that you'll be able to participate - DON'T LET THAT STOP YOU FROM GETTING A NUMBER !!!!  I'd rather numbers go un-used than not issued at all. Sometimes things come up, but then there are times that potential conflicts get resolved and it's better that you have a Skeeter number than not!

Lastly, I kinda fibbed on that statement about Skeeter numbers not being good for life - at least in one instance.  Let it be known, throughout the kingdom of Skeeterland, that from henceforth, W2LJ will always be lucky Skeeter #13. There are some superstitious folks out there, who have specifically asked me to make sure they are not issued #13 - so I've solved that little predicament by assigning it to myself in perpetuity.