The idea was anyone could receive the radiogram on any shortwave radio, even an inexpensive portable one with no SSB capability. By feeding the audio from the radio to a computer, either by a audio lead or even using the a microphone the listener could decode the text and images using simple software.

I had seen mention and reports on social media of people receiving them but somehow never got around to trying it myself.

VOA ended the experiment back in June this year a week before the retirement of the program producer Dr. Kim Andrew Elliott.  An offer to continue the broadcasts on a contract basis was declined, so a follow-on show called Shortwave Radiogram began transmission from the WRMI Radio Miami International transmitting site in Okeechobee, Florida and Space Line in Bulgaria.

I spotted a tweet a few weeks back (can't remember who from) mentioning the @SWRadiogram so my interest was piqued, I wasn't around for this weekends Saturday transmission in Europe but had a go on Sunday for the one from America. I wasn't expecting great things due to the levels of noise and poor conditions of late.

On the 0600UTC transmission I managed just one poor image

but during the Sunday 2030UTC transmission I got four decent images, the fifth was lost to QRM 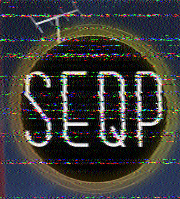 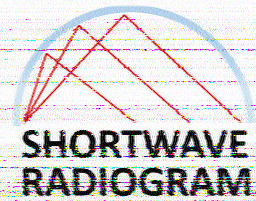 I also made two short videos (on hand held mobile phone so a bit shaky) which show the incoming text and images.

One Response to “Shortwave Radiogram”