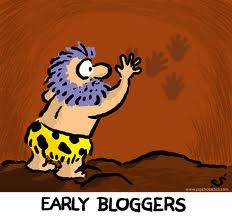 Please see Listening to my readers post for update on the social media scene at VE3WDM's QRPowers blog.

Now that the blog is two years old and I have started to get the hang of posting, linking URL's, uploading pictures and changing the format of the blog around now and then. I felt it was time to move the blog (and me) along toward the social media arena. I have had a Facebook site (this link has been disabled due to possible virus threat) for some time now but have not really used it. I do have a Twitter (this link has been disabled due to possible virus threat) account as well and have been known to "tweet" now and then. I have not really been committed to either Facebook or Tweeter. It's not because I feel they were of no use it was just...no I had idea what I was doing!!!

Well this weekend was the time to take the social media swan dive, easier said than done. I tried to log into  my Facebook account after numerous password failures I was asked to have a pass word reset sent to my email. For some reason it was sent to my (forgotten about) Gmail account. Kinda hard  to get the Facebook reset in an email account were AGAIN I had no idea what the password was!!!
At this point I am two passwords in the hole, Gmail wants me to enter the "hint" regarding my password...favorite pets name of which I had many and the list went on. After many failed attempts  Gmail is going to send a reset password to my Hotmail account, now we are cooking with gas I know that account and password!!
I logged into my Hotmail account and there was nothing from Gmail. After waiting for over a half hour and nothing meant something was up.....to make this a little shorter story apparently I have TWO Hotmail accounts well you learn something new each day. BUT back to no password again!! After several attempts a reset was going to be sent to my other Hotmail account. To finally get into my Facebook account I have to receive a reset password in one Hotmail account to then log into my second Hotmail account to reset that password to allow me to get the reset info for the Gmail account. One hour and 10minutes later I am in Gmail....not sure why now but I'm there. Oh it was to get info on the Facebook log in troubles, I am happy to say Facebook is now up and running and so is Twitter. Oh and the Twitter adventure I am not even going to get into but a very similar safari to that of Facebook.

8 Responses to “Passwords and email address’s”