The best APRS client just keeps getting better. The latest treat for beta testers of APRSISCE/32, the APRS client for Windows desktops and Windows Mobile (which also runs under wine on Linux) is configurable map tile servers. This feature allows users to switch between a variety of different map servers to use a range of different maps in addition to the default OSM mapping. 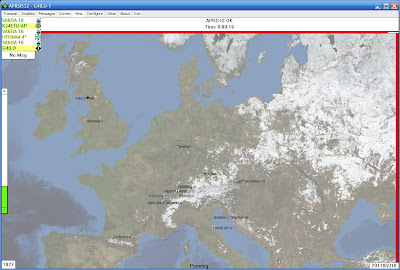 Probably the most useful for most users will be the Mapquest OSM mapping which is a high contrast map similar in appearance to a road atlas. Mapquest also has a set of satellite view tiles, shown above in a screenshot from my 30m APRS gateway. These tiles don’t unfortunately let you get closer than about 10,000 metres so you can’t zoom in on somebody’s house like you can with Google mapping.

For UK users especially those of us in hilly areas the ability to use the UK specific Freemap mapping is a massive benefit. These OSM based maps show topographical detail (contours) as well as footpaths and walkers’ routes as illustrated by the screenshot below centered on a recent SOTA activation in the Lake District. 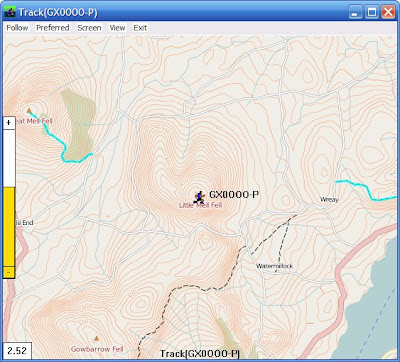 The ability to seamlessly pan and zoom around an area as well as switch map types with a couple of mouse clicks puts APRSISCE/32 miles ahead of UI-View. This new feature is another example of the amazing dedication and support given by Lynn, KJ4ERJ, to his program. Only last weekend while Lynn was on a trip to Spain a handful of us were discovering and sharing details of alternative map sources and hand-editing them into the configuration files so use the maps with the software. On his return the suggestion was made that it would be nice to be able to switch between map sources from within the program. Four days later, we’re testing the new feature. It’s like Christmas every day when you’re an APRSISCE/32 user!