In desperation I had been looking at some of the noise cancellers available from MFJ and others. I had heard conflicting options on their effectiveness but was willing to try one if I could obtain one cheaply. The MFJ units are in my opinion expensive to purchase new so I bid on several that came up second hand on eBay but they invariably also went for silly money. I was even contemplating building an home-brew one from the numerous designs available.

Then I discovered the WiMo QRM Eliminator, made by the German company WiMo Antennas and Electronics. Several online reviews and numerous YouTube videos seemed to indicate its effectiveness and taking up the then summer discount offer I ordered one for the princely sum of €147 including postage, around £116.

Due to heavy demand and low stock levels following the International Ham Radio Exhibition at Friedrichshafen I was told the unit wouldn't be available till the middle of August, so I was pleasantly surprised when the unit turned up last Friday morning.

I have connected it up and briefly tried it out and am impressed, as this video illustrates.


Even using one for a short time I would agree that they are something of a black art to set up and use and can understand why people might consider them useless, but this may be due to lack of understanding of how they work. 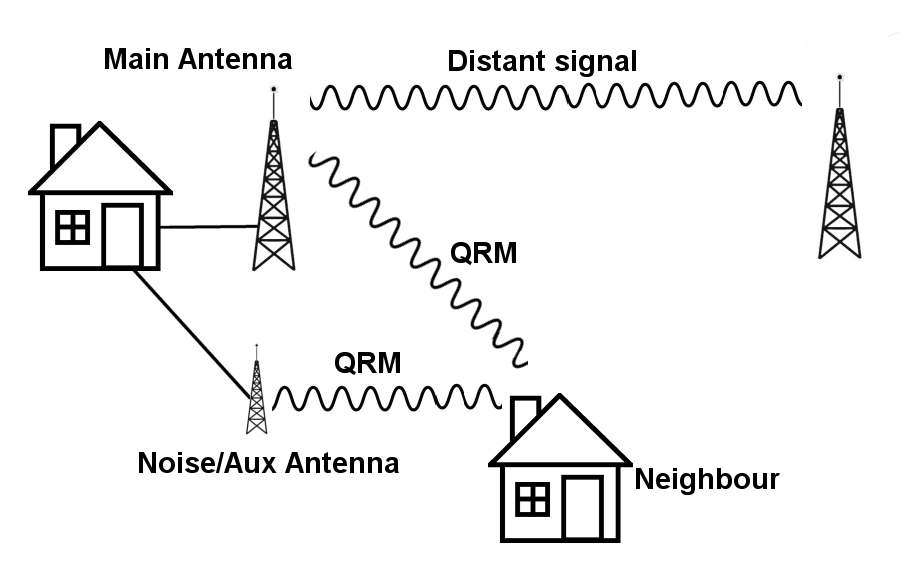 I have created a diagram showing a typical scenario.

The operators main antenna is designed to pick up distant signals, not necessarily DX but signals not emanating from the immediate vicinity, however they will also pick up locally produced QRM as shown, perhaps generated by a neighbours TV or PLT device.

The QRM eliminator has a second antenna which isn't as efficient as the main antenna and ideally just receives the local QRM at a similar level to the main antenna. The device then takes this second signal and inverts the phase so when it is mixed with the main antenna signal the QRM is cancelled out.

The principal is quite simple, if you take two in phase signals and combine them you will end up with a signal with a larger amplitude. However if the signal is 180 degrees out of phase, the positive and negatives of the waveform cancel each other, producing a null signal. 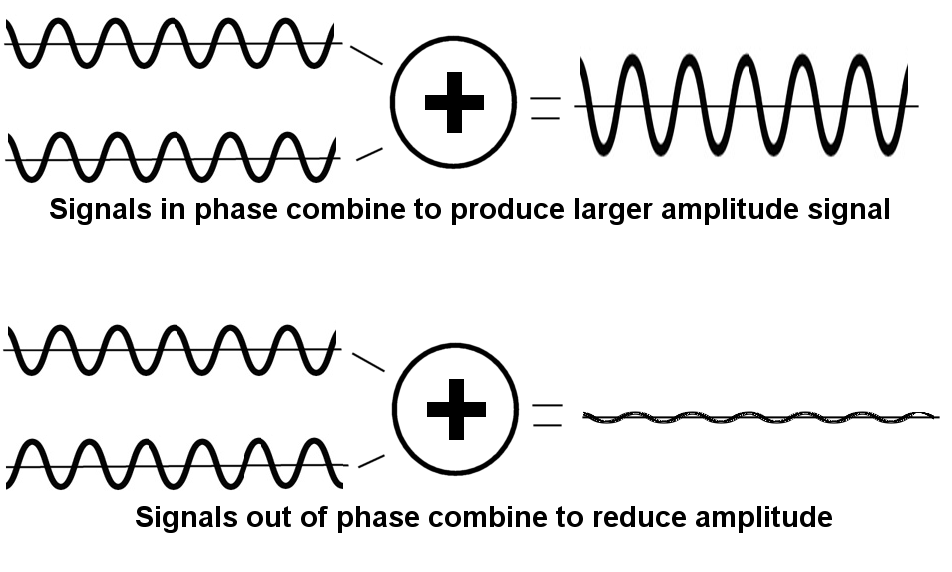 At present I just have several meters of wire running as the noise antenna along the side of the shack and this seems to fairly effective.

The unit is powered from 12V and can be left in line, but requires the PTT/TX-GND signal from the CAT/Linear socket from the transceiver to activate a bypass when transmitting and I don't have the appropriate 8-pin plug at present. If the unit is powered off the bypass is automatically engaged.

All in all, first impressions are good and looks like a worthwhile purchase.
Andrew Garratt, MØNRD, is a regular contributor to AmateurRadio.com and writes from East Midlands, England. Contact him at [email protected].