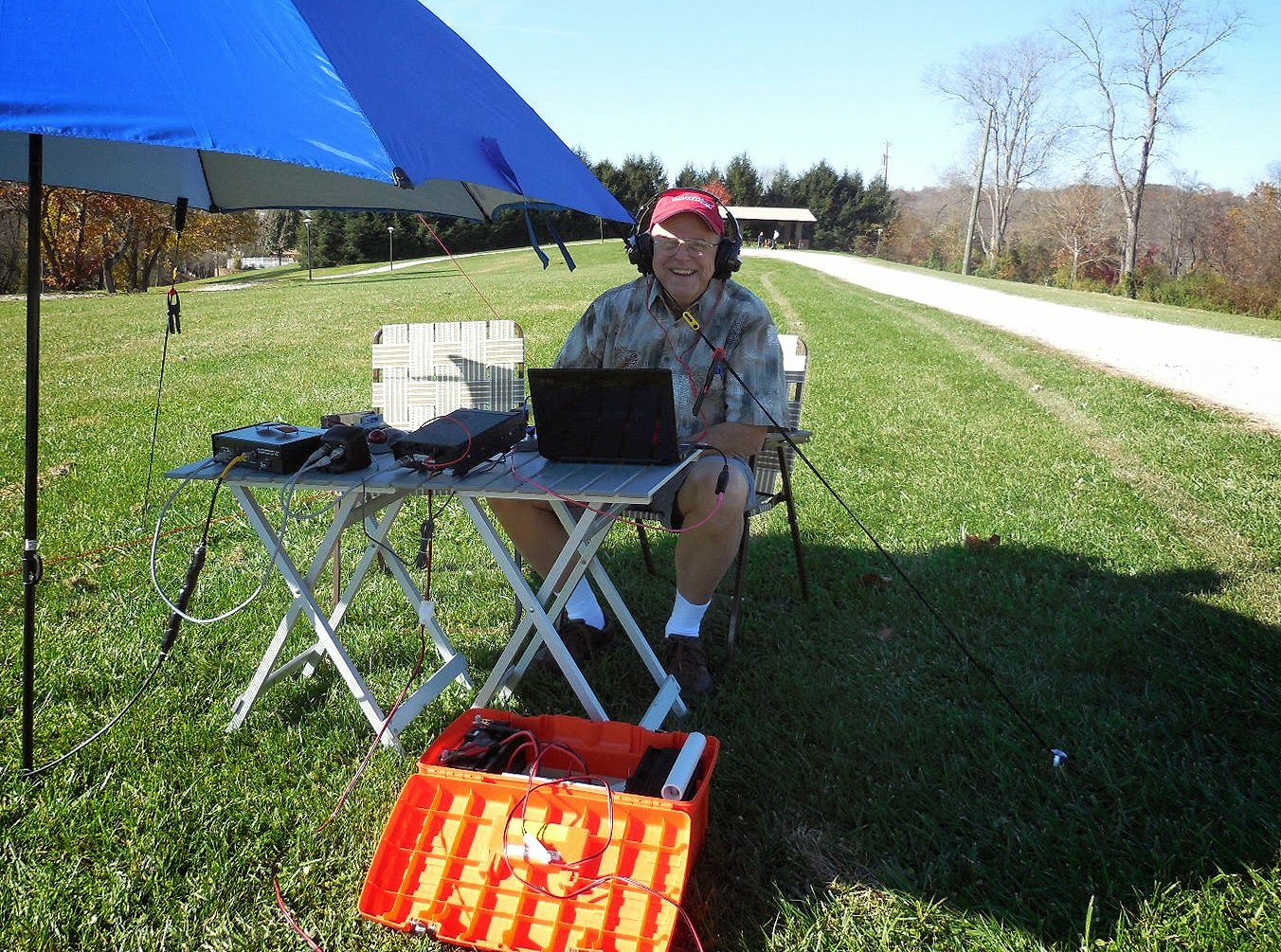 I’ve little doubt that when my fellow NAQCC club member Jim Stephens (NX8Z) and I (N8ZYA) decided to set up and operate from Hurricane WV on November 11, 2014, we might have caught the last day of warm sunshine in West Virginia; it was a good decision. Today, as I type this blog entry, it’s 18 degrees Fahrenheit (7.7 Celsius ) in the Kanawha Valley. That temperature is a bit on the chilly side.

Our West Virginia Chapter of the club operated from this nice park last year. This year, we both set up around the same shelter with the same antennas. Jim uses a Buddipole and I used my end fed Par cut for 40-20- and 10 meters. We both used Icom 703’s and we both were dressed appropriately for the warm sunshine with temperatures in the mid 70’s. (23.8 Celsius) 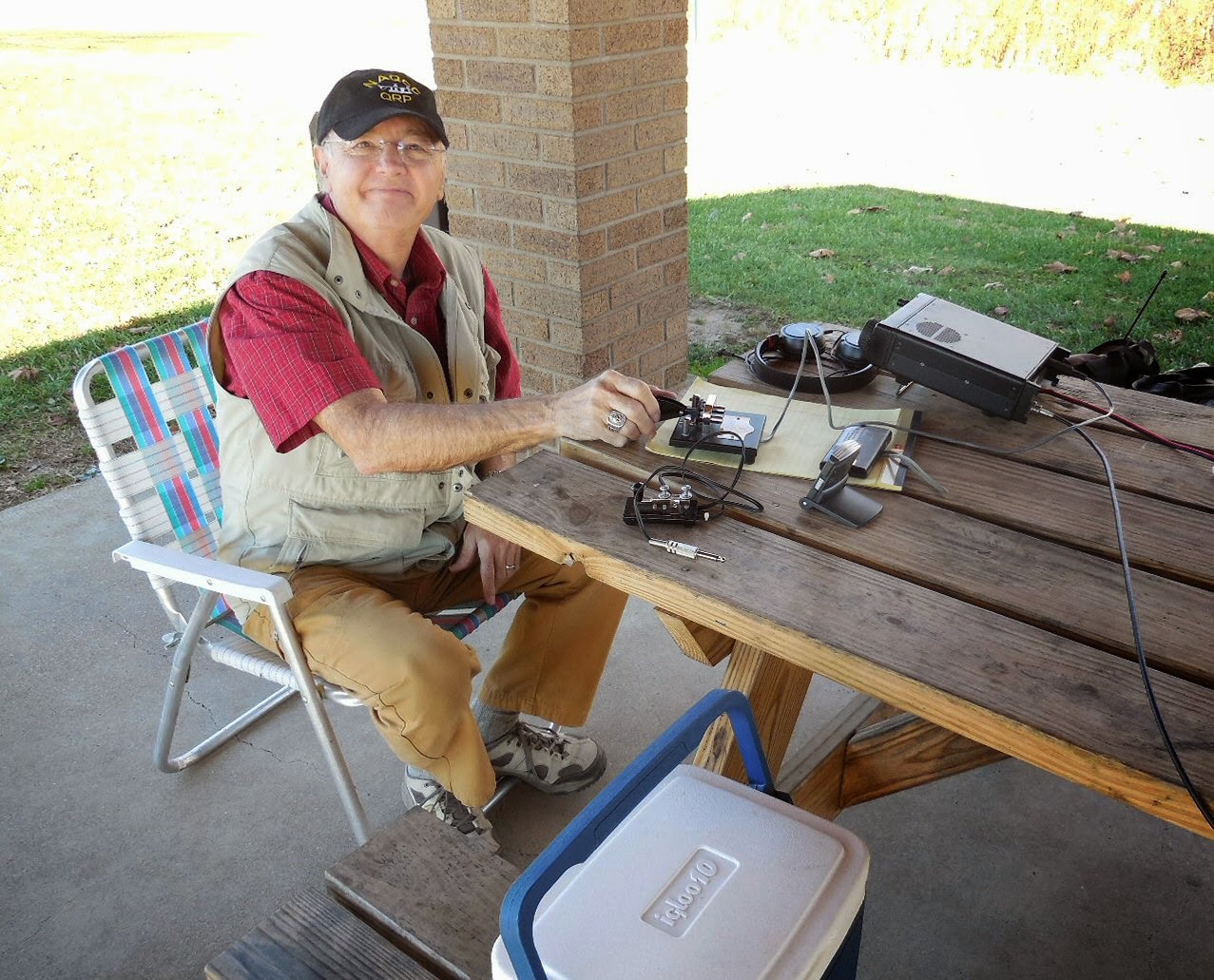 Living in the Kanawha Valley, even in Hurricane season, seldom brings the harsh weather that runs along the eastern coast. Those bad storms simply take the appropriate interstate exit and we’re left in the clear. 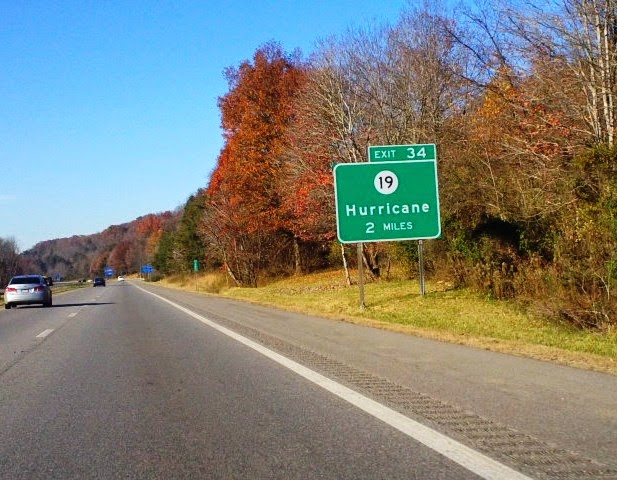 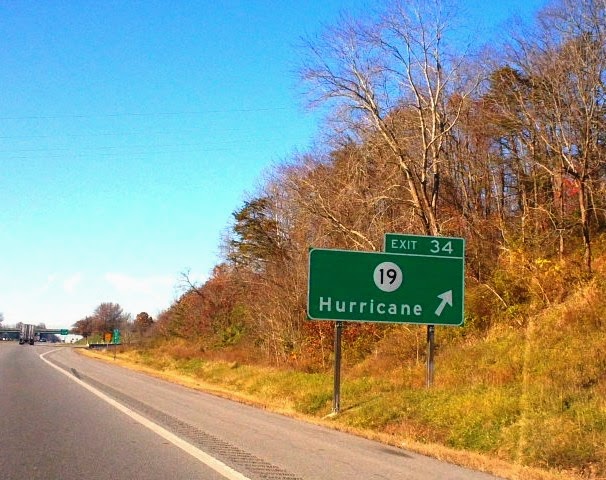 Don’t believe it?…..let me just say “look at the photos”. We’re both wearing short sleeve shirts and Jim was looking like a Florida resident sitting in the shade and wearing shorts under an umbrella.

All kidding aside, we had a beautiful day at this park and worked seventeen stations while sitting in the warm sun. I can’t imagine a more perfect day at a more perfect park.

We plan to use the Hurricane Wave Pool Park in the future for more of our radio outings. 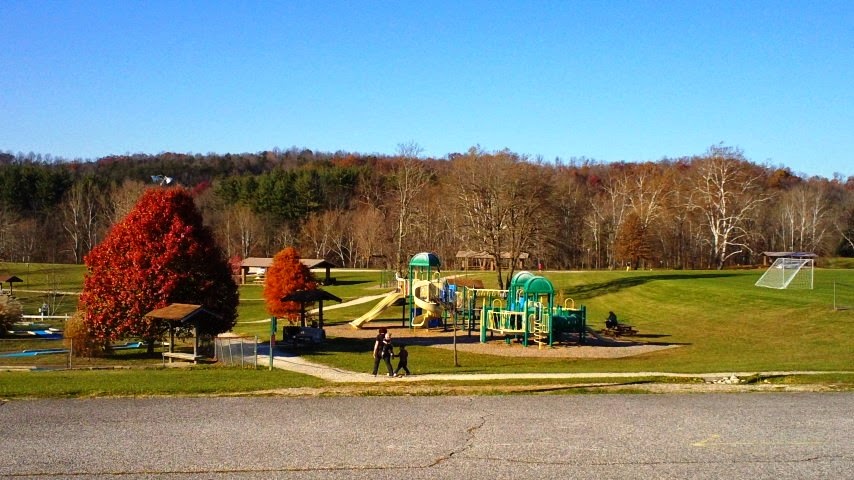 I had planned on using a new 31′ fiberglass pole for an antenna mount on this trip but didn’t want to take the chance of driving a steel stake in the ground to support the pole. There’s lots of “night lighting” in this area. I decided to err on the side of safety and use the existing trees. Perhaps on the next trip, I can shift shelters and use this one. 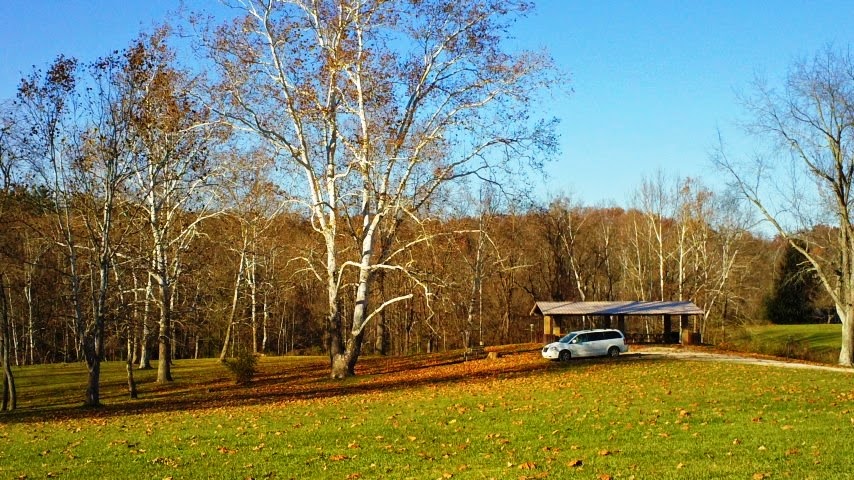 Before leaving the site we worked stations from Canada to Florida and I even managed to hear and work a couple of DX stations in Spain and Guernsey Island. Oscar (EA1DR) sent me his confirmation card from Spain. 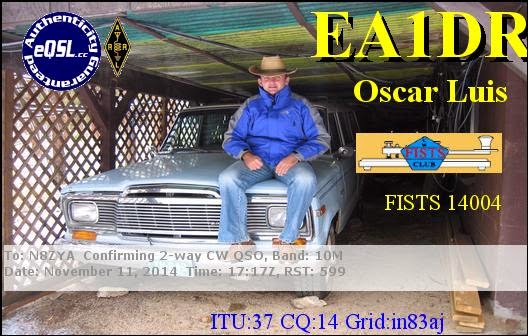 The stations we worked were W8NNC in Ohio, W8GDP in Charleston WV (a member of our core WV Chapter group), VE3ED in Canada, WM3X in North Carolina, W2JEK in New Jersey, N4LTS in Florida, WA4WHV in North Carolina, KA0ENU in Tennessee, WA8ULB in West Virginia, K8SX in West Virginia (member of the WV Chapter group), EA1DR in Spain, W4DUK in Virginia, WB3T in Pennsylvania, WA8REI in Michigan, and W2LJ/P in New Jersey!

It was a real pleasure to work Larry (W2LJ/P ) as my last contact. Larry (W2LJ) is the Assistant Publicity Manager for the North American QRP CW Club and was operating “portable” from Warren New Jersey. 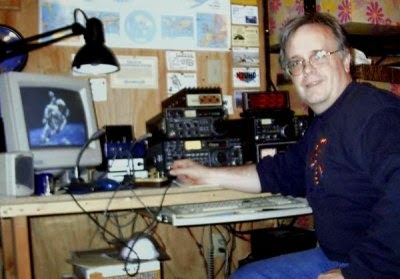 I also worked a station which I distinctly heard as GP6CW . I couldn’t find it on the data base. The only GP6 call I can find is GP6UW (my mistake)

There were several Special Event Stations commemorating Veterans Day on the air. I did something I rarely do and made a SSB contact with WW2COS in Georgia. This radio club is among a group that is slowly restoring a B-17G bomber. 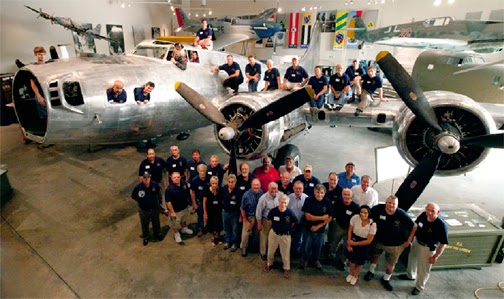 Here’s what it’s like to be in the sky in one of these airplanes:

We’ve had snow in the mountains since operating at this park and look for an accumulation this coming week even here in the valley. It’s sure cold enough now. The weather up North has been shockingly cold with temps well below freezing. My guess is it’s going to be a brutal winter. This means “good times” for being on the radio.
John Smithson, Jr., N8ZYA, is a regular contributor to AmateurRadio.com and writes from West Virginia, USA. Contact him at [email protected].