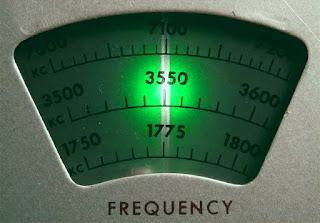 This year’s Novice Rig Roundup was another great success, with hundreds of old radios being pressed into service to relive their glory days ... as did their operators!
It was fascinating to hear many of these old clunkers sounding just great, with no two sounding exactly the same.

Missing for the first time was NRR co-founder, Bry Carling, AF4K, who sadly became a silent key last year. I missed hearing him and always looked forward to the challenge of making it down to Florida from here. This year''s NRR was dedicated to AF4K - RIP Bry.

Some of this year’s excitement included the much better conditions on 15m over the previous solar-low years. The band benefited from an increase in the solar flux at the beginning of the week which kept the MUF a little higher than 21MHz for most of the Roundup.

It was particularly exciting to hook-up with VA1RST way back in Nova Scotia, on 15m. His little DX-60 did a good job in making the coast-to-coast leap at 559.

I think this year I heard more DX-60s than ever before! A couple of years ago it was the Knight T-60 that seemed to be everywhere. Don’t pass up either of these fine NRR rigs should you be fortunate enough to run across one.

All told, I completed 26 NRR contacts on 15m which surely is good news for future NRRs going into Cycle 25. If the bold predictions for the new cycle come to fruition, we may be enjoying 10m next time out as well!

My first contact on 15m was with Mike, WA5POK in TN, who came blasting through at 599 with his DX-40 only to have the power transformer in his National NC-270 go up in smoke a few days later. Such are the perils of living life on the edge, in the NRR!

I was lucky enough to snag Rich, WB2WGX in NY on 15m for his only contact on that band! I'm not sure why he didn't find more action as his Ranger II was 599 here on the west coast.

What would 15m be without a little DX? I was delighted to hear Jorge, KP4GC in PR, reply to my CQ to the south east. Jorge was heard working stations from coast to coast but may have also been living too close to the NRR edge as the bias supply in his Hallicrafters HT-37 took him off the air until he set up his Kenwood TS-520 for the duration.

Although 15m provided a lot of excitement, most of my contacts were on 40m. Number 1 on the runway again this year was NRR regular, WB2AWQ down in Reno. Howie's fine homebrew parallel 807s were smoking-in up here, delightfully chirpy, in broad daylight.

George, KA3JWJ in PA impressed again this year on 40m when his original Ameco AC-1 at 8W pushed the S-meter on my FT-1000 to S7.5! How do you do it George? Don't be fooled by that innocent-looking box sitting atop his S-38 inhaler, also used during our QSO. I thought our contact would likely hold up as the contest highlight for me, until later ...

WB2QLL, Pete in WI, surprised me on 80m with a ‘never before heard’ (by me) Harvey Wells TBS-50D Bandmaster at 20W out. These once popular transmitters promised buyers 80 - 2m operation, push-pull 6L6 plate modulation and a sturdy 807 final.

This was another contest highlight for sure, as I’ve always wondered how these rigs sounded on CW ... and Pete’s signal did not disappoint! It definitely has an identifiable sound.

Many of you worked NRR devotee VA7MM, whose 100’ high dipoles and DX-60 swept-up an impressive 146 contacts. Well done Mark!

Not too far from him was another Mark from BC, VE7CA, who ran his rebuilt Ranger and much-modified HQ-120 on the low bands while his beautiful Drake twins carried the mail on 15m. His well-performing all-wire arrays are supported by a handy selection of tall backyard Firs.

'579' reports were exchanged on 80m with Tim, K9SB in IL, who was using a Johnson Adventurer and Hallicrafters SX-101A.

This year’s NRR highlight for me was working Andy, KØSM, way back in NY. Andy was using his recently built 1936 Tri-Tet crystal oscillator, originally published in the 1936 Handbook. 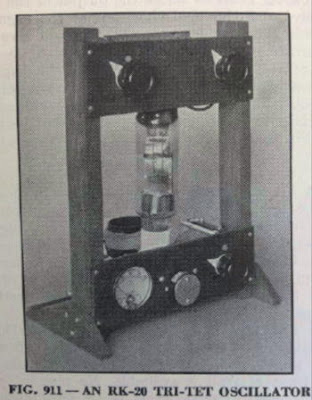 Andy's Tri-Tet runs at 400V on the plate, unlike the original design that called for 1kV on the plate and bare tank coil. Now that's really operating on the scary edge! At 8W output on 80 and 40, there's plenty of power to work with.

But it wasn’t just working Andy on 80 and 40 that made it so special as Andy later, tripling from 40,  finessed this little beast up to the 15m ultra-highs, making it to the west coast in fine shape. It was delightful to hear the '36 Tri-Tet's charming chirp on a band that didn’t even exist when this rig was first thought of. Thanks for the fun Andy!

For many more station photos and 'soapbox' comments from this year's participants, be sure to visit the NRR Soapbox page and ... if you didn't make this year's event then now's the time to start planning for the 2022 NRR ... see you all then!