The Elecraft KX3 is naturally at home in the wild

My Elecraft KX3 is an incredible radio in many ways.  It's small size makes it a marvel for portable operations.

But on the desktop it's short stuff

But for desktop operation the short rear legs make for a laid back angle that makes the display difficult to see and the buttons awkward to operate.  I home brewed a stand that I've used for the past few months.  It angled the radio more vertically but it was still low to the desk.

I finally felt it was time to give the KX3 some love and give it a proper throne chair for its little princely demeanor.  The KX3 now has some height and sits more vertically.  Access to the face of the radio is much improved. 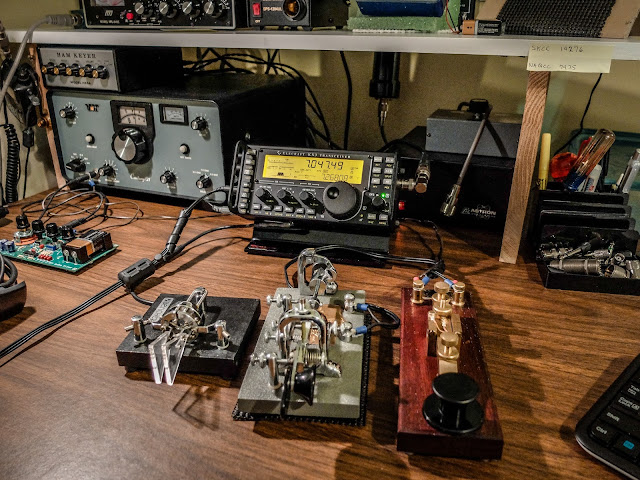 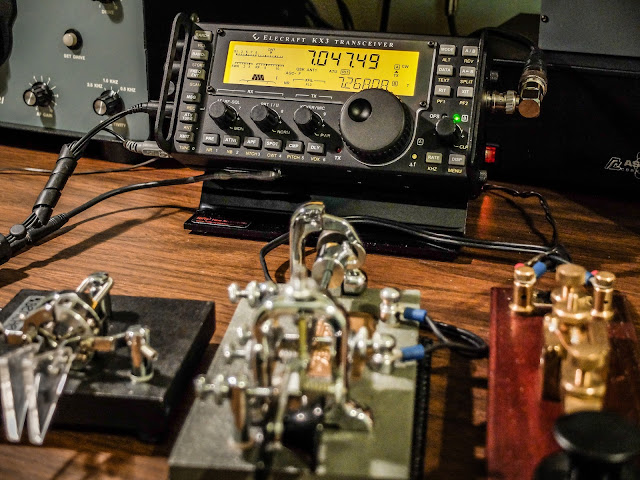 If you have a KX3 and use it on a desk in the shack the Nifty Accessories stand is a solid addition to improve the ergonomics of your little jewel.  It can be ordered with enough space to clear an attached paddle or lower to the desk if you prefer but I wanted the additional height to get it above some of my taller keys. 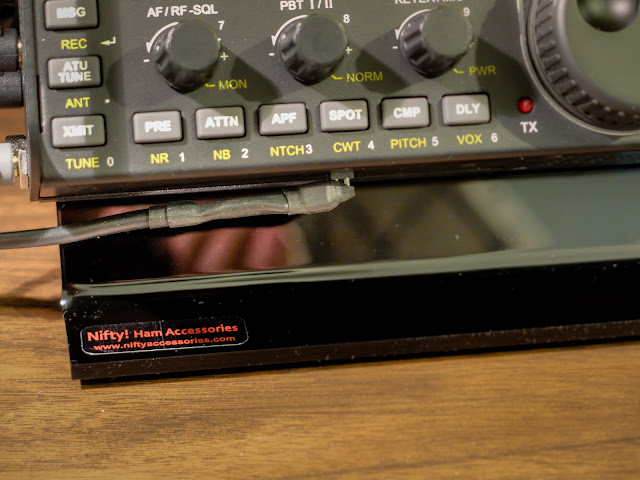 One Suggestion... replace the paper clips

The stand comes with big paper clips to hold the KX3 to the stand.  They are a a bit difficult to properly attach with all the cables exiting the KX3 on the left hand side and they look ugly. 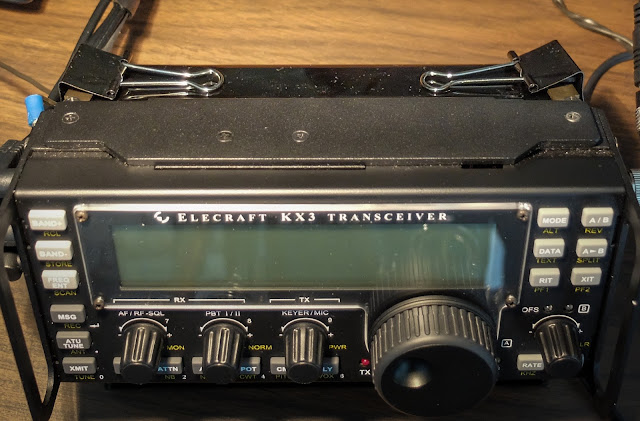 I replaced the two paper clips with a small bungee cord which I attach as a loop across the top of the stand.  The bungee cord connects to itself underneath the stand... 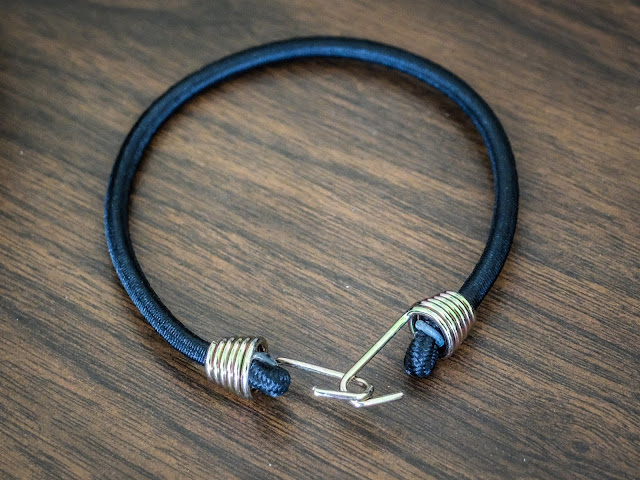 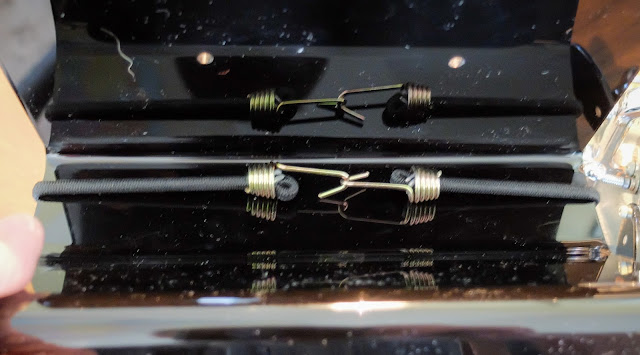 The feet of the KX3 then slip under the bungee cord.  It seems to hold it sufficiently and is easier to attach and remove the radio.  It looks nicer as well... 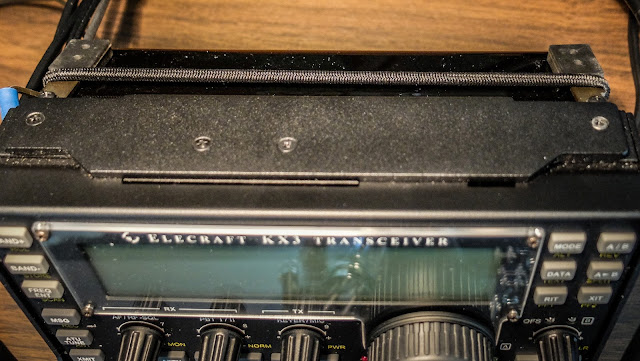 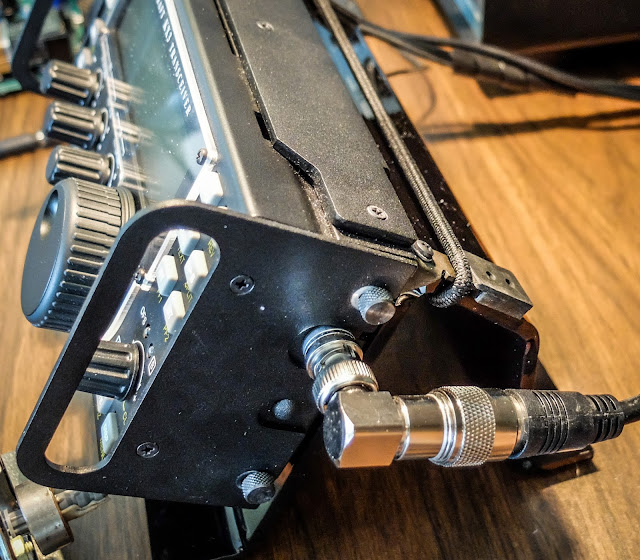 That's all for now
So lower your power and raise your expectations
72/73
Richard, N4PBQ
Richard Carpenter, AA4OO, is a regular contributor to AmateurRadio.com and writes from North Carolina, USA. Contact him at [email protected].

One Response to “Just stand up”