Getting ready for 60 meter 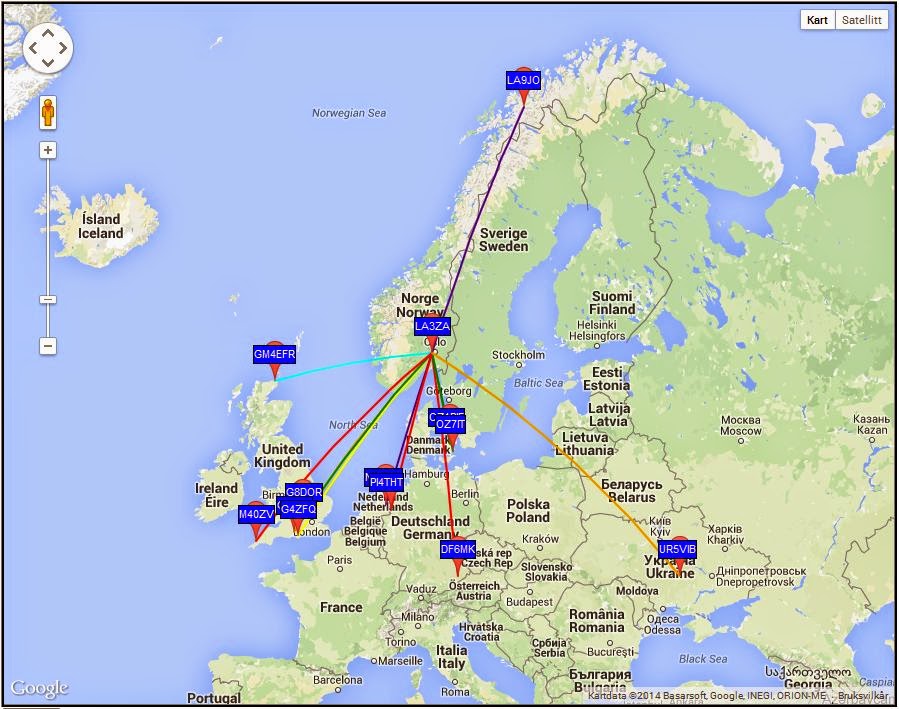 I have never had any contacts on the 5 MHz or the 60 meter band. But I guess it’s time for that now.

Both my K2 and my K3 support it and about 40 countries now have access to this band according to K1ZZ in his column “It seems to us” in this month’s QST.

As a first test I ran my 0.2 W Ultimate 3 GPS-controlled WSPR transmitter over night and the image shows the result. I am using an 80 m long loop skywire antenna (horizontal loop) tuned to 60 m.

The results were encouraging with the best DX being UR5VIB in Ukraine at a distance of 1887 km. By the way, considering that it is 1093 km to LA9JO in the north of Norway, one sees the distortion in the map projection used for the Google map.

I have also operated the antenna as a vertical (about 8 meters) with top-hat loading by tying both feed-line conductors together and feeding it against a ground plane. The result is quite similar. The article by Dave Fischer, W0MHS called “The Loop Skywire” in QST November 1985 is the reference for both uses of the loop. The article starts out with this catchy phrase: Looking for an all-band HF antenna that is easy to construct, costs nearly nothing and works great DX? Try this one! This matches my experience exactly as this antenna has been instrumental for my 8 band DXCC.