Checking Out A Baofeng UV-5RA 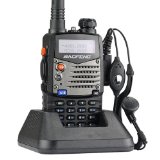 In the Winter 2013 issue of CQ VHF magazine, I wrote about some of the VHF/UHF handheld radios available from China. In that article, I reported on the measured performance of a few of the Wouxun and Baofeng transceivers. One of the Baofeng UV-5R radios that I tested showed harmonic distortion that was a bit high on the 2 Meter band, around -40 dBc.

I recently got my hands on a Baofeng UV-5RA, which is a newer version of the same radio (firmware BFB297), so I wanted to check its performance. Like the two UV-5R models I checked, the power output, transmit frequency and receiver sensitivity were all quite solid on both bands. I was more interested in the harmonic distortion present in the transmit signal. 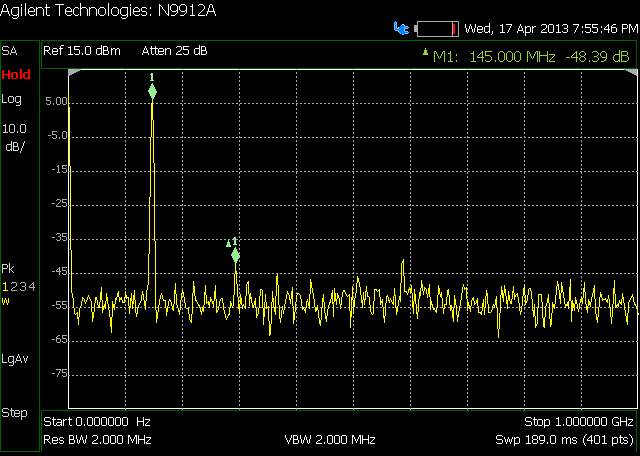 On the 2 Meter band, the 2nd harmonic measured -48.4 dB relative to the fundamental which is pretty good. Similar to the other radios I measured, the performance in the 70 cm band is a lot better (-56.1 dB). 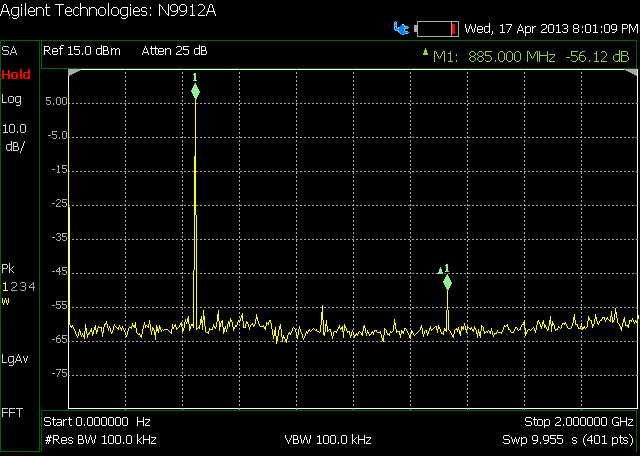 This radio has significantly better harmonic distortion than the older UV-5R radio. Of course, this is just a single sample, so performance of other radios may be different.

2 Responses to “Checking Out A Baofeng UV-5RA”