Catching up on the week (Harwell rally, hands-free and 70MHz FM) 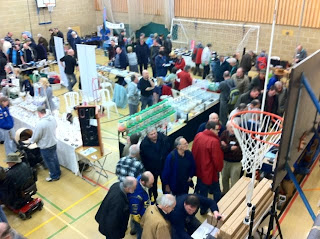 What no blog posts this week? It’s been a busy week with one thing and another and I don’t seem to have got around to it.

Last Sunday I enjoyed going to the Didcot rally. It was well attended – better, I think, than for some years. As far as I was concerned it was a mostly social event and it was good to see a number of friends face to face and have a quick chat. I didn’t spend too much money, but grabbed a 70MHz quarterwave mobile antenna for the car from the Garex stand and an audio lead to help Julie with her presentation about ‘Earthwatch, Cheetah’s and Me (her!)’ which she did for the local WI this week.

Coming back from the rally, I felt my foot go! Just an attack of tendonitis, but it’s been painful through the week and I’ve been avoiding walking which is unlike me!

What else has been happening? I noticed a conversation on Twitter about Digi-interfaces and noted that someone recommended Alan, M0AQC as being a good source of reasonably priced interfaces. His web page has the details. I also noticed that Alan makes hands-free kits. I’d hoped to see one at the Didcot rally but didn’t. I was conscious that if you are operating mobile these days, a hands-free kit is considered essential. I checked with Alan that one of his would work with the FT8900R – he said yes – so one has arrived and been installed.

The unit is a clip on microphone which could go on the sunvisor, although I just clipped it onto my collar to get a better audio level and a switch box with LED which I’ve attached to the dashboard. Reports so far have been good. The only downside is that I’ve lost the ability to scan or change power levels from the program keys on the microphone. No big deal, it’s something I can manage in different ways. 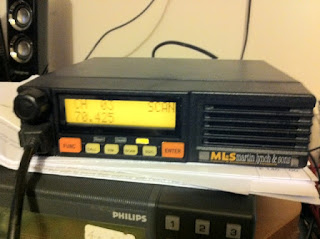 I’ve got a MyDel-5189 70MHz FM mobile rig in to review for Practical Wireless magazine. I’ve got it set up in the shack and it’s been working well. I’ll save the details for the review, BUT – something I immediately enjoyed was the ability to scan various channels on 70MHz. That was something that I’d never done with my Philips FM1000 converted rig.

I wondered if it was possible and after a quick look at the manual for the PA4DEN conversion I was able to store frequencies and scan them. Result!