Bouncing a signal through the NO-44 satellite

One of my favourite tweeters on radio matters is Patrick WD9EWK Patrick is a keen member of AMSAT and the wider amateur satellite community. Just recently, Patrick has been experimenting sending APRS packets through the old NO-44 satellite.

NO-44 or PCSAT is one of those satellites that is in its’, er, twilight years. The battery failed some time ago and now the satellite operates when the solar panels can supply it enough power to make it go. It was and is, an APRS digipeater in space. Recently, Patrick has shown making keyboard to keyboard APRS QSOs through NO-44 as well as simply digipeating his own signals. Patrick had used his Kenwood APRS enabled handheld and his handheld Arrow antenna.

I thought I should try! I noticed a pass this morning where NO-44 was in sun all the way up over the South Atlantic before passing directly overhead us here in the UK, so got the ‘usual’ ISS packet setup going, using the V-2000 vertical and wondered if I would hear anything.

All was quiet until I calculated the satellite was almost directly overhead and I send a packet, with the unproto path set to PCSAT via W3ADO-1 To my surprise, I heard a weak packet. Too weak for me to decode, but as I discovered later, thanks to Paul N8HM, the ON7EQ-1 gateway heard it and retransmitted it and plotted me on the map you’ll see below 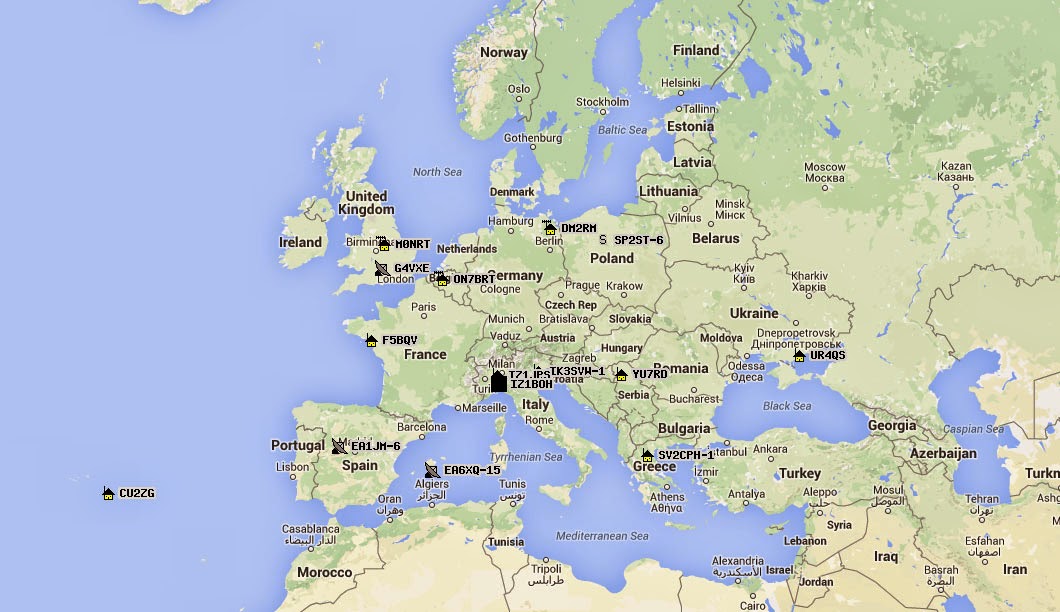 You can see the map and the stations heard through PCSAT at http://pcsat.aprs.org
I think the next trick will be to try and receive it for myself, which may require the use of the Elk yagi.
Tim Kirby, G4VXE, is a regular contributor to AmateurRadio.com and writes from Oxfordshire, England. Contact him at [email protected].

2 Responses to “Bouncing a signal through the NO-44 satellite”