I’m taking a bit of a break from radio. Perhaps it’s because I’m feeling a bit run down or perhaps I’m suffering from radio burnout but at the moment I can’t even be bothered to turn on APRS or WSPR or something that will run even when I’m not there.

I think the events unfolding in Japan may have an influence on my feelings too. We are used to seeing disasters on our TV screens but the scale of this one seems to eclipse anything in living memory. Hobby activity seems frivolous when you consider how the inhabitants of north eastern Japan must be feeling. The floods that hit my own home town seemed devastating at the time and after more than a year many people are still not back in their homes. But by comparison with what has happened in Japan, what happened to us pales into insignificance. It will take many years before life returns to normal for many people there – if it ever can for the tens of thousands who will have lost family members and loved ones in the disaster. My heart goes out to them. It is yet another reminder that the works of man are as nothing compared to the forces of nature. 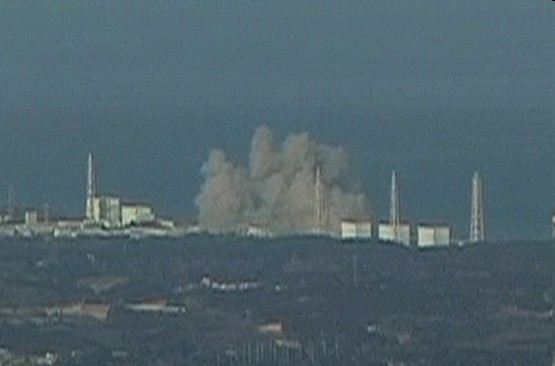 If the earthquake and tsunami were not bad enough there is also the impending threat of a nuclear disaster. One is eerily reminded of the Chernobyl disaster, the 25th anniversary of which is only just over a month away. Though the nuclear power experts assure us that everything is under control and there is no risk of another Chernobyl, the headlines scrolling across the screen still scream “Meltdown.” This is a disaster that is going to have repercussions across the world, and I’m not talking about the economic shockwaves from such a big blow to the world’s third largest economy though I’m sure we will soon feel them.

The Three Mile Island nuclear incident in 1979 halted the development of nuclear power in the USA for thirty years. It is unrealistic to expect that what is happening to the Japanese nuclear plants won’t have an impact on how people here feel about nuclear power. Engineers have and will continue to argue that the Japanese plants were 40 years old, that actually they coped with the effects of this major disaster pretty well, and that the UK is not in an earthquake zone so we would never experience such problems. But for as long as these images are fresh in people’s minds, nobody will want a nuclear power station in their back yard. And in a country as small and crowded as the UK if we are going to have nuclear power someone will have to.

This is a disaster, not just for Japan, but for the entire nuclear industry.

One Response to “A nuclear disaster”