27 August 2017 | by Andrew MØNRD  |  Share |  Tweet |  Leave a Comment (0)
Most HAB (High Altitude Balloon) tracking in the UK involves the use of 434MHz ISM devices due to the ready availability of suitable antenna and receiver equipment due to it sharing the 70cm amateur radio bands.

868MHz ISM devices are available but are not as widely used. Back in December I posted about trying to track a flight by HAB Enthusiast Dave Akerman who is experimenting using LoRa devices on this band. I had limited success receiving that flight and another ones so when I saw that Dave was planning another flight today using 868MHz LoRa I had a rethink on how to approach tracking it.

The antenna I used was a collinear one built from cheap satellite coax, similar to that I built for ADB-S however rather than having a long coax run to the LoRa gateway I opted to put the Raspberry Pi up on the pole at the base of the antenna to limit any loss.

The antenna can be seen connected to the Raspberry Pi and LoRa add on board, the Pi has a WiFi dongle. 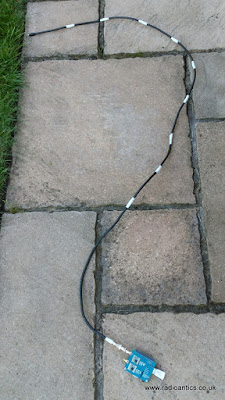 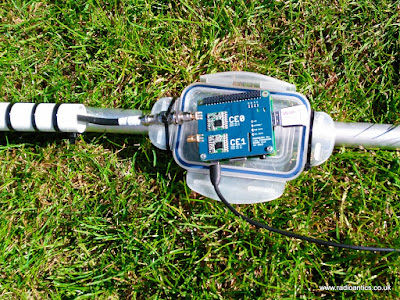 A USB power pack was also strapped to the pole to keep the Pi powered, hopefully you can see it in the photo below. 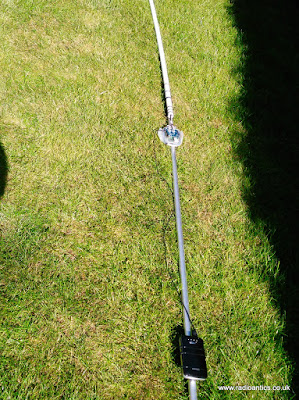 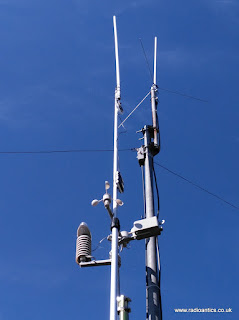 Well it all worked extremely well, and got a lot of decodes as can be seen by the pie-chart generated by the habitat.habhub.org system, the third best receiver only bettered by Dave himself (M0RPI) and a station nearer to the flight path. 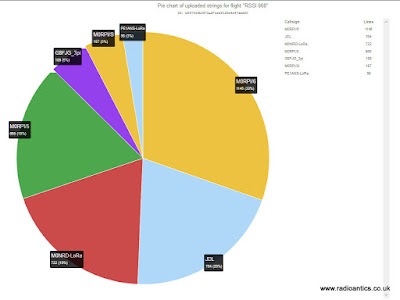 You can see my geographical position relative to the flight below (I am the station NNE with the green line, about 160km away) and received a lot of telemetry strings even when the height of the balloon meant I was outside the 5 degree above the horizon circle (shown in green). 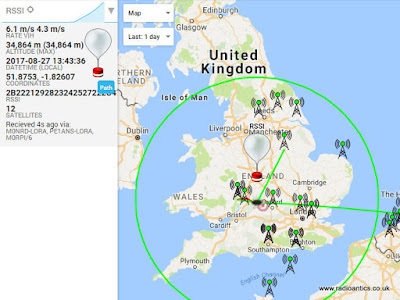 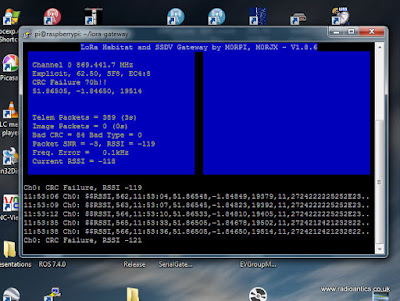 It was a useful experiment and I am thinking of installing a dedicated mast mounted LoRa receiver with 868 and 434MHz antennas (and possibly pre-amps and filters) following this result.
Andrew Garratt, MØNRD, is a regular contributor to AmateurRadio.com and writes from East Midlands, England. Contact him at [email protected].