10m open to the north

Once again, WSPR is revealing the existence of consistent propagation paths every day on 10m between Iceland (TF), the Faroes (OY) and northern Norway (LA/LB) and the UK and north-west Europe when there is no Sporadic-E and no other propagation except over very short distances between closely located stations. This has occurred even during periods of zero sunspots. 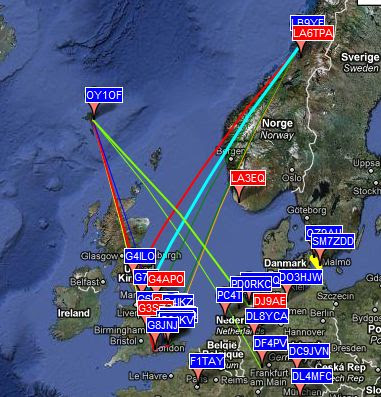 I’m guessing that because we have only in the last few weeks had a large number of WSPR monitors on 10m because of the Sporadic-E season, no-one has previously observed it. But I’m surprised at the lack of comment about it. Perhaps this is a phenomena known to everyone but me, in which case I’d welcome some enlightenment.