You never get a second chance to make a first impression! 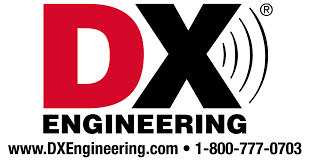 I'm sure all of us have dealt with great and poor customer service even in the ham world. I have heard it time and time again that it's customer service that will make or break your business. Now having said that I understand there are those out there that no matter what you do for them it's never good enough, that being said I'm the person who wants to inform a business when they fall short but at the same time I want to make sure I inform a business when they have given great customer service. This post has to do with both an Amateur radio business that went above and beyond and another that in my humble opinion fell short. From my last post you all are well aware that I purchased a Chameleon CHA P Loop antenna. The loop was purchased from DX Engineering and it's now time for me to toot my horn regarding above and beyond customer service!
This is where DX Engineering went over the top!
The antenna came with a carry bag which was a big plus but I noticed the zipper on the bag was defective. I attempted to open the bag for the first time to place the antenna in. Here is what happened:
2.  I was then contacted via email from Maria at DX Engineering and also a phone call regarding
the outcome of contacting Chameleon Antenna. (more on Chameleon's reply later) I personally
spoke with Maria on the phone, she told me at DX Engineering they tried to see if one of their
bags would work. It was determined it would not meet the need of the antenna. Maria then told
me to go and get the bag repaired and they would cover the cost.
3.  I went out that day and contacted DX Engineering with the cost and was told not a problem to
scan the bill and email it to them and I would then be re-inbursed for the cost.
This is where Chameleon Antenna dropped the ball!
First off let me post the email Chameleon sent DX Engineering regarding the issue I was having with the carry bag:

We realized about a month ago that the last batch of bags that we ordered last year have more or less all the same issue which is if they press fit too much things into the bag then the zipper might fail. They seem to have all the same issue. Those zippers aren’t the best! But if they use the flap over with Velcro without the zipper everything will be fine. So sending a replacement won’t change anything as it already happened to few other people already and we can’t do anything about it. To be honest, It would be better for him to get a local zipper replacement for about $5 or $10.

2. Chameleon's email states "If they (the customer) press fit too much things in the bag then the
zipper might fail"
3. I am asked to repair a bag that is expected to work but does not. The cost is 20.00 Canadian to
replace all 3 defective zippers on the bag. (main compartment and 2 side pockets that failed.)
Some may think this is only a small issue but to me it is the lack of customer and dealer support. Also the lack of taking proper responsibility for the issue. Having said the above about the carry bag I do want to say the Chameleon CHA P Loop antenna is a quality product and I tend to give it the glowing review it deserves in a later post.
Mike Weir, VE9KK, is a regular contributor to AmateurRadio.com and writes from New Brunswick, Canada. Contact him at [email protected].

13 Responses to “You never get a second chance to make a first impression!”