Where’s he been? D-STAR and Echolink from a hotel in Madrid 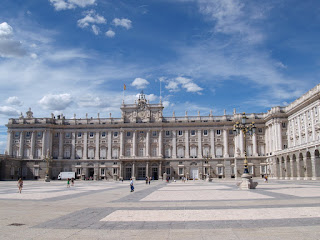 I’ve been in Madrid for a few days, on business. I didn’t have any radios with me, though I did have the laptop and a decent internet connection. I had a couple of QSOs using the DV-Dongle on D-STAR – which of course is great fun if you’re stuck in a hotelroom. Not that I was stuck, as such… but anyway it was nice to work Mark, KJ4VO and a few others from time to time and just to listen to some of the reflectors.

Incidentally, I noticed someone the other day lament that there were a lot of reflectors on D-STAR but not so much activity. I’m not sure that’s entirely fair, but I’ve found that rather than operating ‘blind’, I tend to keep an eye on http://www.dstarusers.org and see who’s on and what repeaters / reflectors they’re on. That way, you can easily work out the best place to listen to catch up with activity or a particular person.

I also had Echolink on my PC and I was hoping to try and make some QSOs through the Swindon 70cms repeater, GB3TD with it. However the router configuration of the hotel did not permit the UDP ports required to pass. It wasn’t until later on that I realised that I could have remotely setup an Echolink proxy on my PC at home and used that. Find the Echolink proxy software on the Downloads section of http://www.echolink.org