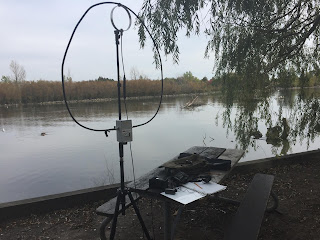 I just can't believe the weather we are getting for it being half way through October. The temperature today was 22C with clear skies and just a gentle breeze off the lake. This is a great time to grab the KX3 and head out for some portable op's. I check the contest calendar to see what was happening in the way of CW contests. I found the NYQSO party and Worked all Germany (WAG) contest were going to be in full swing the same time I was out. I checked to see what the contest report was supposed to be, contesters can add lots of contacts to a portable op. I set up beside the lake (Lake Ontario) with a nice breeze and in the shade as the sun was out and I did not want to overheat. I made 20m my band of choice and it so happens that it was alive with WAG contesters. The band was in great shape and lots of German stations looking for DX stations to fill their log! I was using my Elecraft KX3 at 10 watts and my Chameleon mag loop antenna. I was set up in 10 minutes and on the air searching the band for contacts. I was on the air for about an hour and had the following contacts:
DF0DW           WAG contest
IQ1GE             DX calling CQ 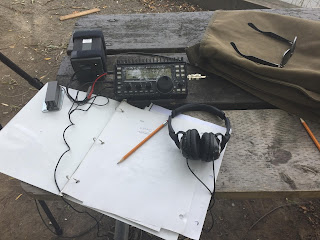 As you can see the WAG contest dominated the bands and it turned out the NYQSO party participants were just not making it over the German WAG contesters. I did not include the signal reports in the above list as it was a contest so the standard 599 was sent. I knew I was no were close to 599 as the German stations asked on more than one occasion for a repeat. 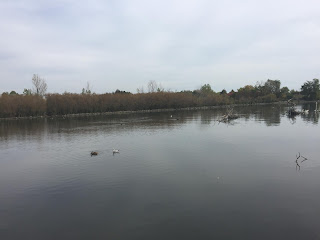