23 June 2014 | by Andrew MØNRD  |  Share |  Tweet |  Leave a Comment (2)
I have dusted off the Ultimate3 QRSS beacon kit that I built earlier in the year while a foundation licensee. Having progressed to a intermediate licence I can now operate something I've constructed. 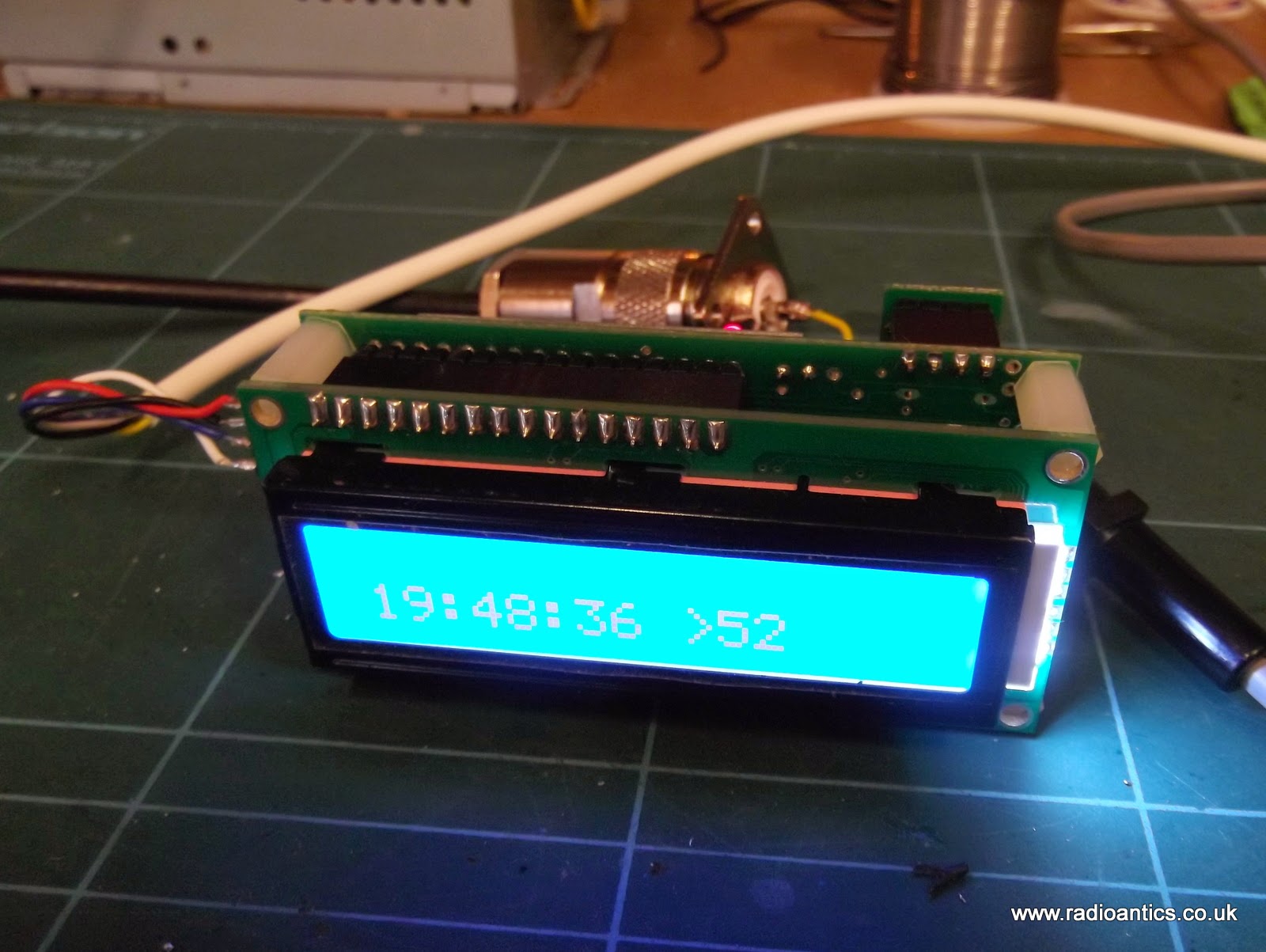 Until now it has been attached it to a dummy load with the FUNCube Dongle Pro+ SDR in close proximity as a receiver for experimental purposes.

One unresolved issue was it being consistently off frequency. The DDS modules used are prone to temperature fluctuations and component variances so the Ultimate 3 has the option of using a GPS module to provide both an accurate time source and an accurate 1PPS input which can be used to self calibrate. Except in my case it had proved to be unreliable.

I am using one of the inexpensive GY-GPS6MV2 modules containing the U-Blox chipset I posted about previously with the additional tap off to provide the 1PPS TTL signal.

Initially the GPS module was connected in close proximity to the Ultimate3 but struggled to maintain lock probably due to interference from the DDS module. Even when lock was achieved the calibration never seemed to work. I posted a question on the yahoo support group and from the answers I verified the calibration setting were correct so the only likely culprit was the quality of the 1PPS signal.

The serial NMEA sentences and the 1PPS signal from the GPS are likely to be required in other planned projects, such as an 'shack clock' and a GPS disciplined frequency standard. So I decided to put the GPS module  into a waterproof housing that can fitted on the shack roof in clear view of the sky and away from any potential interference. A multi-cored cable supplies power and the TTL RX/1PPS signals being fed back to the bench. 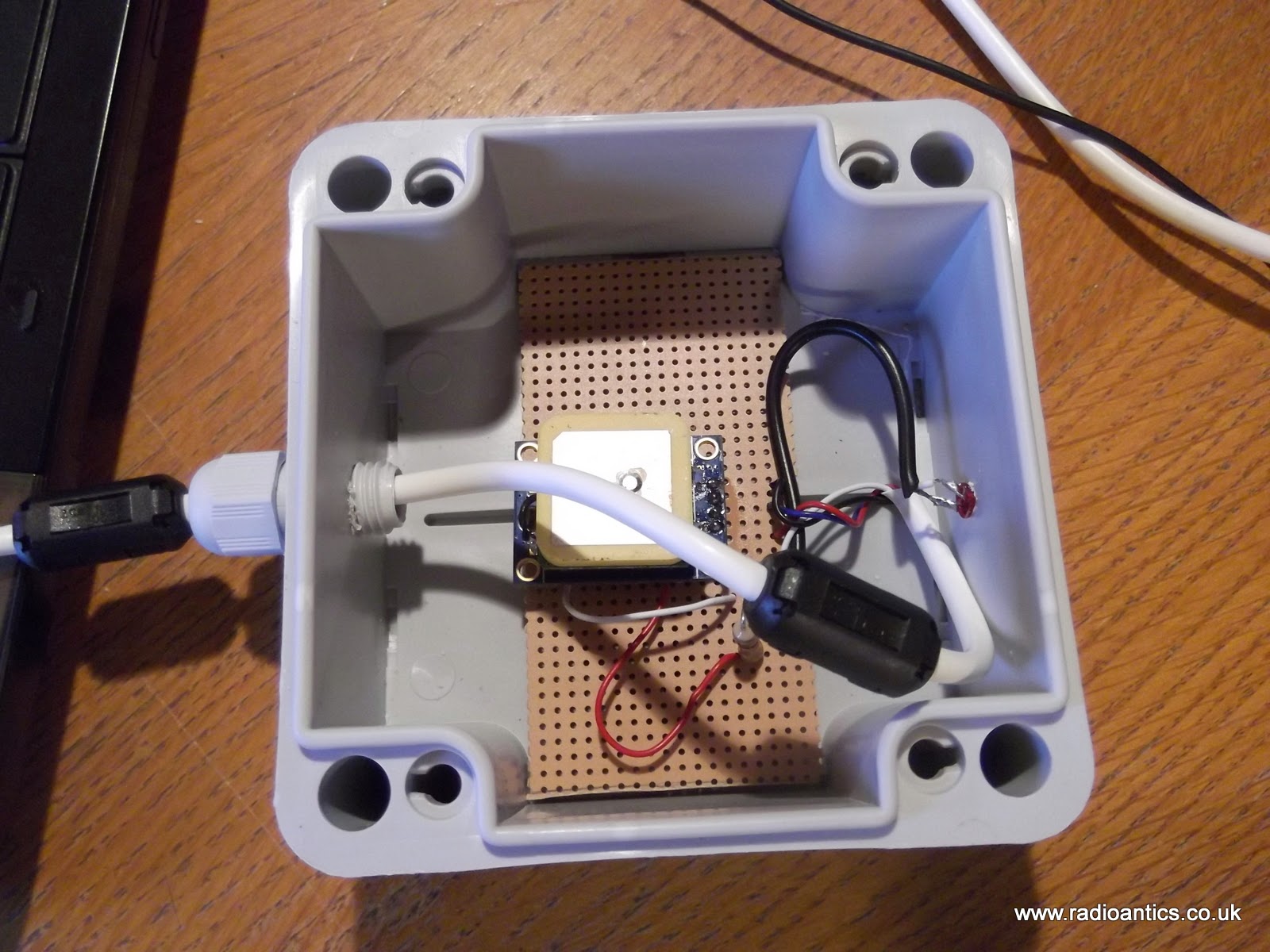 Sourcing an inexpensive weatherproof enclosure (£2) and waterproof cable gland were straightforward enough. I mounted the GPS module on a piece of strip board and replaced the on board LED with one mounted in the enclosure so I easily determine if the GPS had achieved lock, since it only flashes when it has. The LED is sealed with epoxy resin. It should be noted that the outputs of the U-BLOX chip are only rated at 10mA so bear it mind when selecting an LED and calculating the current limiting resistor. The connecting cable is some surplus unscreened alarm cable fitted with a couple of ferrite clamps.


The GPS now has no trouble achieving lock and quickly sets the Ultimate3 clock. Researching the 1PPS problem I hadn't come up with anything definite, as the signal looked okay on the oscilloscope. But I decided to fit a 10K resistor pull up resistor between the 1PPS output and the 3.3V supply on the GPS module. If this actually made the difference I have no idea but the Ulimate3 now successfully calibrates the DDS using the GPS.

At the moment I have configured the beacon to run WSPR and I have been spotted by other operators. Initially I wasn't getting much RF out of the device and it turned out to be a combination of poor connection caused by me not removing the enamel properly on a toroid winding and an iffy antenna connector. Both have been corrected and now get a measurable deflection on the SWR/Power meter. With the additional of a second power amplifier FET it is around 200-250mW. 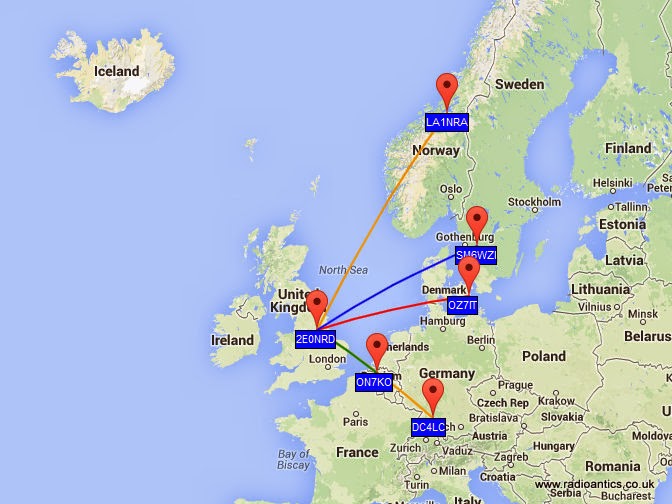 I purchased the Ultimate3 with a low pass filter for the 40M band and while I have had some European spots the results have been a little disappointing. 40M has turned out to be almost unusable at my QTH due to QRN/M so not sure if that is having an effect, also the antenna I have isn't naturally resonant on 40M so is going through a tuner which will certainly be introducing some losses, without the tuner the FETs get very warm!

With this in mind I have purchased some additional LPFs for the 30M and 20M bands and the LPF relay switching board for the Ultimate 3 so can try/run multiple bands.
Andrew Garratt, MØNRD, is a regular contributor to AmateurRadio.com and writes from East Midlands, England. Contact him at [email protected].

2 Responses to “Using the Ultimate3”