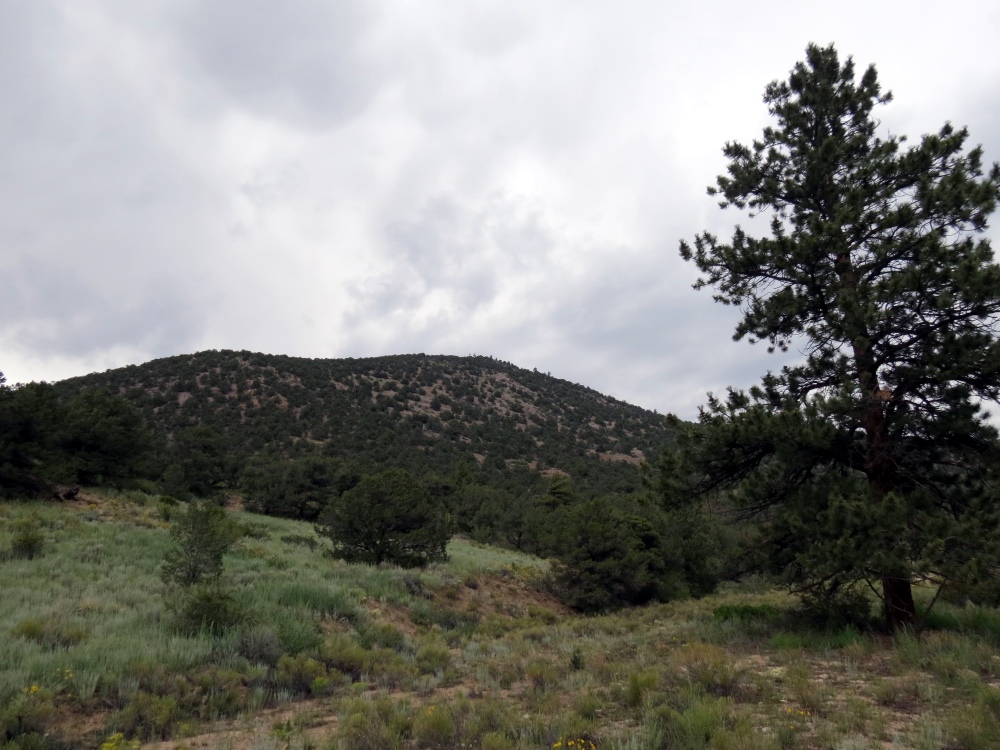 Lately, I have been focusing on activating the SOTA (Summits On The Air) peaks near our cabin in the mountains. The basic idea is to identify a SOTA summit, hike to the top and make a few contacts on VHF. On Friday, my spousal unit (Joyce, K0JJW) and I decided to head out to an unnamed peak (W0/SP-099), southeast of Buena Vista, CO.  By no coincidence, this summit had not been activated yet, so we’d get the esteemed honor and glory of being the first.

For lesser known summits, a bit of research is required to figure out the route. My first stop is to check the SOTA database for basic information on the summit. I’ll usually have to dig further using ListsOfJohn and SummitPost. ListsOfJohn is an incredible database of topographical information, listing every summit along with information such as elevation, lat/lon, rise, etc. (The Colorado SOTA information was gleaned from ListsOfJohn.) SummitPost will usually have more detailed information on a summit but only for the more popular ones. The  SOTA Mapping Project is another excellent resource with very useful interactive topo maps. And, of course, I also dig out the US Forest Service map for the area, which often gives the best view of access roads.

We drove the Jeep to within a mile of the summit and started hiking up. I posted our route information on ListsOfJohn, so take a look there for that information. The summit is unnamed, so it is referred to by its elevation: 10123. I had my Yaesu VX-8GR burping out APRS packets which were plotted on aprs.fi when we reached the summit. 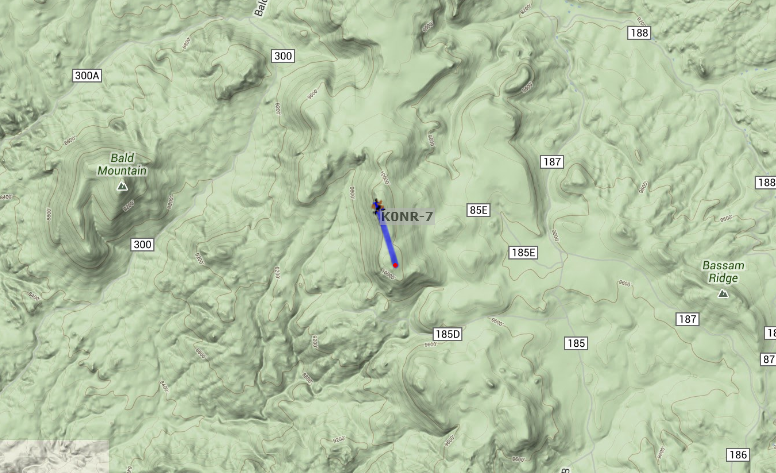 When we reached the summit, I spotted myself on the SOTAWatch web site using the SOTA Goat app on my smartphone. More importantly, the night before the hike, I sent an email to some of the radio amateurs that were likely to be within VHF range. That paid off and I worked Jim KD0MRC, Walt WZ0N and John K3NOQ on 146.52 MHz FM. Jim was hiking to Harvard Lakes above 10,000 feet, so it was special to be able to contact him on the trail. A little later, I caught KV4AL who was mobile near the top of Mount Evans. While only one contact is required to “activate” a summit, four contacts are needed to earn SOTA points, so I was happy to make these four QSOs. My gear was a Yaesu FT-60 driving a 3-element Arrow yagi antenna.

In addition, Joyce and I generally work each other on the SOTA the summit. The SOTA rules say that “QSOs with others within the same Activation Zone do not count towards the QSO total” which means that one of us needs to hike down a bit to get outside of the activation zone (75 feet vertical feet from the summit). We take turns doing this so that each of us activates the summit and makes a contact with the summit.

We took a round about path back to the Jeep and headed for Bald Mountain. At this point, we were both very tired and the thunderstorms were moving in. We decided to at least check out the access to Bald Mountain (Wo/SP-115) even if we didn’t climb it that day. It turns out that there is a 4WD road that goes to the top of the mountain, so we drove to the summit. The road is very rough in a few spots but the Jeep handled it nicely. At the top, we hiked back down a bit to meet the non-motorized ascent requirement for SOTA. We also did our “work each other” technique while on the mountain so that we each had a contact. I was not able to raise anyone on 146.52 MHz but I did catch Carl K5UK on the 146.745 MHz repeater and worked him on simplex. By this time, it was raining with lightning getting closer, so we abandoned the summit and headed back to the cabin.

Thanks to the guys that took the time to contact us on the two summits.