Too close for CW comfort 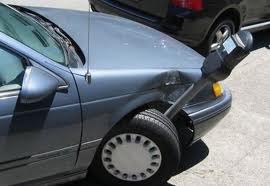 Monday was a holiday here in Ontario called family day Julie is taking some photography course's and with that comes homework. Today she had to get out side and take some pictures we came up with the idea of a raptor bird sanctuary not to far from home. I also got to thinking that while she was snapping I could be dahing and ditting on my KX3!! This was a win win for the two of us we were out spending time with each other (kinda) and doing our hobby's  to boot. My setup was the Elecraft KX3, mobile whip on a diamond trunk lip mount. The temperatures outside were way to cold for me to venture out. During the evening it dropped to -17C and during the day was up to -10C. I opted to stay in the car with the sun shinning in it was very comfee and a little to warm at times. We were there for about 2 hours, I was able to make just one contact. But it's all about having fun with the radio and getting out. Joe W2KJ is from North Carolina and was also running a KX3 (my first KX3 to KX3 QRP QSO) at 4 watts. I found Joe calling CQ on the 20m QRP frequency. We gave each other 559 reports and some antenna info, name, QTH, power and then it was time to move on.  My KX3 being set at 1 watt gave me a miles per watt contact of 644.

So why did I title this post "To close for CW comfort" this has to do with the other CW "events" that I was exposed to! I have read about this in other blogs from other op's which are CW operators who seem for some reason to blend letters together regarding their call. I had at least 6 op's who's call I had a very very hard time making out. There was one DX station who's call ended in WVR BUT for the longest time I was not sure if it was W##, even the code reader on the KX3 was having a real hard time. I then ran across 10+ on the S meter  European station but I could not give him a call as I had (and I mean NO CLUE) what his call was!! It was very hard to tell were the CQ  stopped and the call was being sent. Now folks for any of you reading my blog and who also have had a CW QSO with me I know my code elegance has left you scratching your head at times.....but I just can't understand how code that has no spaces and just runs as one long word how these op's ever get answers to their CQ requests.
When I got home I put my Elecraft k3 into test mode (meaning no code is sent over the air) and tried to send some sloppy code and watched to see if the K3 was able to decode. (you can setup the K3 to not only show incoming code but also your code as you send it) The only reading the K3 would give me were not letters or numbers just lots of  *****......translation...the K3 also has no idea. As with most CW op's out there you also have your code being sent to you through  your headphones. Does the code not sound odd to these op's???
Anyway time to get off my soapbox now.............
Mike Weir, VE9KK, is a regular contributor to AmateurRadio.com and writes from New Brunswick, Canada. Contact him at [email protected].

4 Responses to “Too close for CW comfort”