There is a saying here in America

and probably other countries, too. It’s for when things don’t work out quite up to your expectations. The phrase that is used is “Guess I’m a day late and a dollar short”.

I have to make an alternative.  “Guess I’m a day early and a dollar up!”  Because, when I came home from work today; and looked down while I was unlocking the door – this is what I saw: 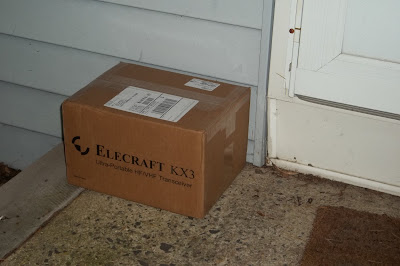 ‘Twas sitting right there, on the front stoop – waiting me to pick it up and bring it inside. And it arrived a day early!  According to the e-mail that I had received from the folks in Aptos, I was not expecting this until tomorrow.

Upon opening the box, I saw now nice and neatly everything was packaged: 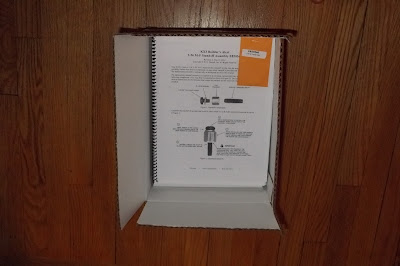 The errata sheet, followed by the manuals (building and owner’s) and finally the boxes containing the goodies underneath.

As long as this has taken, I am in no glorified, all Hell bent, gotta-get-it-done-now rush.  I am going to spend tonight clearing off my worktable in the shack, and will take some time to re-read the construction manual – again.  Right now, if nothing comes up out of left field, I am anticipating construction being completed over the next two evenings.

3 Responses to “There is a saying here in America”