The most interesting contact in the CQ WW Contest 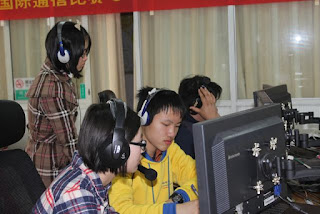 Sometimes looking up remote stations on QRZ.com or other sites gives a glimpse of the person behind the callsign. I did this for the Chinese station BY5CD which I contacted on 40 m during the CQ Worldwide contest this weekend.

It turned out to be a club station called “YinZhou Middle School Amateur Radio Club Station” which is located just south of Shanghai.

It is interesting to consider the age of the operators as one can see from the picture. More pictures and some information can be found on their QRZ.com website. With this many young people entering ham radio in China, maybe we will see more stations there in the future. The number of stations is unreasonably low compared to the enormous population of China. 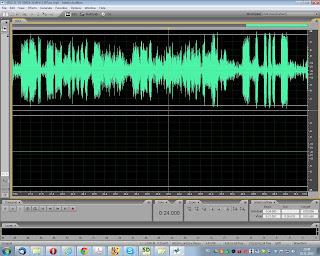 And the most interesting signal was that of GM5X on 21 MHz at 1207 UTC on 25. November. It had a distinct echo which seems to indicate that the signal travelled both on the direct path of about 800 km and the long path of about 39200 km.

The image shows “GM5X GM5X Test”. The long path signal seems to fade in and out as there is much less of it in the last part, the word “test”, than in the second “GM5X”.