The Joy of Homebrew 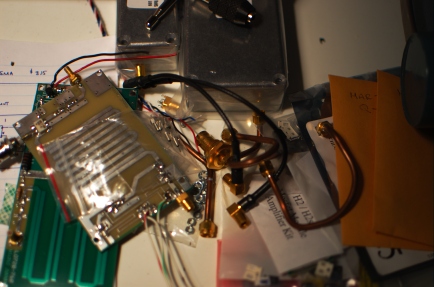 This is about building electronics, not making beer, at home; although, I am sure there are parallels.  Three things brought me to writing this:  1. an eHam forum thread I responded to a few weeks ago;  2. the June 2011 issue of IEEE Microwave magazine (has articles by K2UYH, N2UO, and KK7B, perhaps others? thanks to W3KL via the PVRC reflector for bringing it to my attention since I let my IEEE/MTT membership lapse); and 3. a few minutes spent last night resuming a partially-completed Softrock kit gifted to me by a friend who decided to buy a FLEX-3000 instead.

Every once in a while, a thread appears on an amateur radio forum that goes a little bit like this, “Hi, I’m a new ham and I don’t have a lot of money to spend so I want to build an HF SSB station from scratch” or something similar. Somehow, somewhere, somebody has given the impression that it is less expensive to build your own amateur radio equipment than to buy it.  That’s true in some circumstances, but certainly rarely for anything that is mature, mass-produced, and readily-available on the second-hand market.  After all, there is nothing novel about a 100-watt superheterodyne HF SSB transceiver these days. The principal uncounted cost is the “engineering cost” associated with getting your first few projects working and keeping them working. 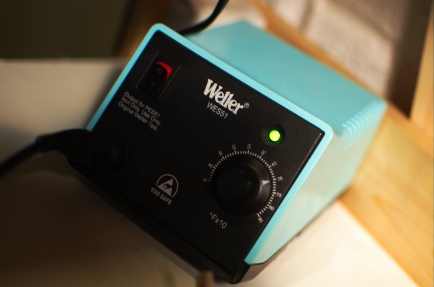 One of the first construction projects I undertook as a new ham was to build a Ramsey Electronics HR-20 (NE602-based) 20-meter receiver—$20 at a hamfest.  It did actually work eventually—but this was a simple kit with maybe two dozen parts.  Next, I built a ONER transmitter kit from now defunct 624 Kits.  I think that was another $20.  I never made any QSOs with that combination because I was always afraid of blowing out the receiver with the transmitter.  The first thing that I built that I actually managed to make a QSO with was a Small Wonder Labs SW-40, which I still have.  That set me back $55 and it did not work immediately.  Suddenly, that’s over $100 by the time you include the money I spent on a soldering iron and solder.  That’s one-third to half-way to a “real” used HF transceiver and I had two bands at 1 watt on CW only.  Furthermore—these are all kits—they leverage economies of scale in purchasing parts from various vendors and they have instructions to help you along.  And, I’d like to think that I was a relatively representative example of a recently-minted ham who had more ambition than money or skills… 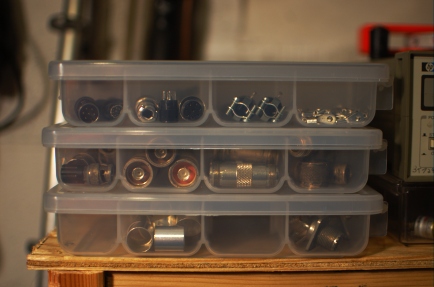 As I soldered down 1206-size (easy ones) SMT capacitors last night, I was thinking of times that I rushed through a homebrew or kit project just to get it on the air.  In those instances the process was often, as I have belabored above, about saving money, not about the act of creating something.  Last night was about creating, not saving, and that is the joy of homebrew.

2 Responses to “The Joy of Homebrew”