The Endurance of CW in Amateur Radio

I've enjoyed using my "new" GRC-9 radio for making CW and AM contacts over the past month.  During that time I've also discovered https://worldradiohistory.com/Archive-Radio-News/ which has magazine articles about radio dating back to 1919.  Reading about amateur operators building and using equipment at the time where CW (continuous wave) was beginning to replace spark-gap operation in wireless communication made me consider just how enduring the ability to communicate using CW and AM have been.
Prior to the introduction of continuous wave transmitters and receivers, the detector used for spark gap communication would have made it difficult to hear a CW transmission (lacking a BFO). So, even though wireless transmission and reception of International Morse Code dates back earlier than 1919; employing CW (continuous wave) to send Morse Code seems to have began its popularity around that time.  AM (amplitude modulation) phone mode was also in use at the time, and grew in popularity during the 40's and 50's until more efficient voice modes overtook it in popularity for voice communication. 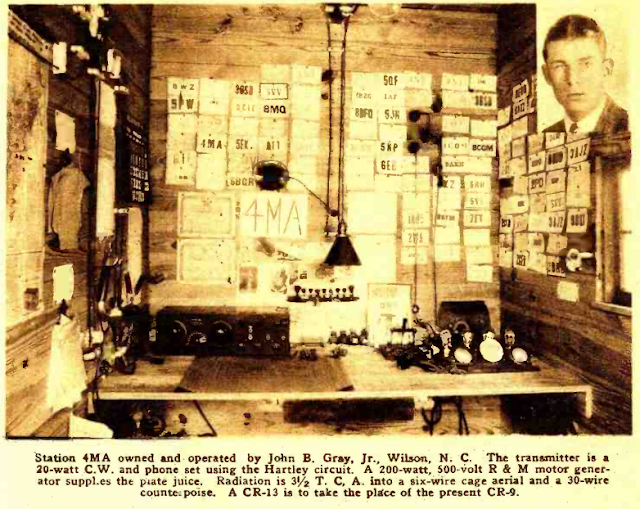 What other modes have remained as popular standards using standard ham equipment and continuously in use by amateur radio operators as CW?

My GRC-9 was designed near the end of WW2 (circa 1945), and was in continuous production for various armed forces around the world until around 1974 (3 decades is a long production run).  My particular unit has a receiver manufactured by Telefunken in 1955 and a Lewyt manufactured transmitter from 1966.  I have made CW and AM QSOs with other amateur radio operators whose equipment ranged from home-brew xmtr/rcvrs, Drake and Collins radios as well as shiny new Icom 7300 and Flex radio systems.
A modern amateur radio (typically a HF model) can be used to communicate with radios built 100 years in the past. The same might be said for AM fone (phone), but that mode has become a niche for a much smaller set of enthusiasts.
There are lots of new and exciting modes of communication in amateur radio.  Many are pushing the boundaries of weak signal reception, or alternatively allow for high transfer rates of data. But it is somehow comforting to me to consider that amateur radio hobbyists have kept one mode in particular, CW, popular and in continuous use for over 100 years using equipment that remains compatible to communicate with one another.  I wonder if that will be the case in another century?
That's all for now, so lower your power and raise your expectations
Richard, AA4OO
Richard Carpenter, AA4OO, is a regular contributor to AmateurRadio.com and writes from North Carolina, USA. Contact him at [email protected].

4 Responses to “The Endurance of CW in Amateur Radio”