The trouble with having 100 watts at your disposal is that the temptation is there to use it if the going gets tough. So I thought I would avoid temptation and give the KX3 an airing using my attic antennas. 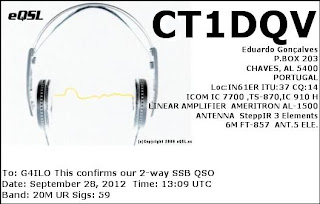 My first contact was on 20m SSB with CT1DQV near the Spanish border. I then popped up to 10 metres. The first contact on Ten was with a mobile station, Steve K0STP/M. Next was Todd KC4TVZ in the prettily named Flowery Branch in the state of Georgia. 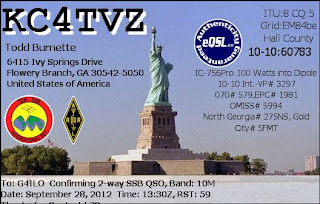 After that I called another Steve, K3PIN in Philadelphia. Steve was using a K3 with an amp. On hearing I was using a KX3 he reduced power and was still 5 and 9. Steve complimented me on the audio of the KX3 and played some back. I thought it sounded great, with the KX3’s compressor doing a great job of turning my rather soft voice into a punchy signal.

The final contact of the session was with Joe N2CEP in New Jersey. QSB caused part of my over to fade out but it was still a solid contact. It’s good now and again to remind yourself what can be achieved with low power!