Looking for something to pique my interest enough to overcome my lethargy I decided to have another look at the V4 Chat digital mode. I tried it first at the end of last year and made one contact with it, but the alpha software was a bit flaky, then the developer Rick KN6KB had a bereavement and nothing happened for a while so I forgot all about it.

What attracted my interest was discovering that the ARQ mode had now been implemented. V4 Chat supports two conversation modes: Forward Error Correction (FEC) in which the data is sent with a lot of checks and redundancy so many receiving errors can be corrected but you have one chance of getting it correctly, and Automatic Repeat reQuest (ARQ) in which the receiver can request a repeat if a transmission is received with errors. Using ARQ a receiver can repeatedly request a repeat (up to a limit) so even if conditions are marginal a QSO is possible as long as propagation is adequate for short periods of time. Under the same conditions conventional (non ARQ) digital modes would print so much garbage that a contact would not be possible. People who own expensive SCS modems like to boast about how Pactor gets through under difficult conditions but V4 ARQ offers the same kind of performance and requires only your PC and a bit of open source donationware.

I re-subscribed to the V4Protocol Yahoo Group (which is where you can get the software from), downloaded and installed the latest version. Then I set my K3 to 14.073MHz (which is the 20m “calling frequency” for experimental narrow data modes) and waited. After a while I heard the sound of V4 ARQ bursts, and found that VK5PO was in QSO. I saw him disconnect from the other station and sent a CQ. He then connected with me and we had (just about) a QSO.

Signals were marginal both ways and I had to crank the K3 up to 50W to help John copy me but over about 10 minutes names and signal reports were exchanged. One of the nice things about the ARQ mode is that when the text prints up you know the other station has received it error free.

OK, it wasn’t much of a chat, but ignoring WSPR spots I have only ever made one contact with Australia before and that was using JT65A which is not a keyboard chat mode. I was pretty chuffed to exchange words with a ham 16,000km away using my stealth radio station!

I think I’ll be spending a lot more time trying out V4 Chat digital mode and I hope you will too because the more people use it the more contacts we can all make. The V4 signal is 200Hz wide so if 14.073 (or 21.073) is busy move up in 250Hz increments to avoid QRMing someone else’s QSO.

My first QSO with V4 mode 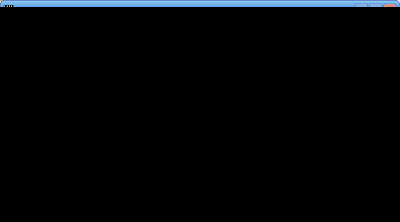 This was on 80m, running 25W to the bent 80plus2 dipole in the attic. I also copied snatches from WD4KPD and KC2DMC. I have never worked across the Atlantic on 80m on any mode, so this new mode seems quite promising.

Yet Another Digital Mode

Windows PC users now have the option to try yet another weak signal digital mode. Called V4, it is described as “a robust, easy to use, keyboard sound card mode that would fit into the narrow digital segments of our HF bands.” The mode is 200Hz wide and capable of sending text at 40 – 60 words per minute.

Do we need yet another keyboard digital mode? Although PSK31 is very popular and very narrow, performance deteriorates under conditions of multipath reception (such as in NVIS propagation) or when the ionosphere is disturbed (polar paths during periods of auroral activity) while RTTY, though also popular, is archaic, inefficient and successful only by brute force methods (a big amplifier and a beam.) More robust FSK modes such as MFSK, Olivia, Thor and DominoEX perform better but are much wider which can be a barrier to use. V4 uses the same robust modulation scheme as WINMOR but has been optimized for use as a keyboard chat mode. A detailed protocol description can be found here and the software can be obtained after joining the V4 Protocol Yahoo Group.

I have only just been admitted to the group so I have some reading to catch up on and it will be a few days before I can find the time to try V4 for myself. However I am quite interested in this mode which seems to have been developed by licensed hams keeping in mind the need for responsible band use (so no 2.2kHz wide signals!) and with all the details being published and open. The software modem has been implemented as a standalone TNC that can be interfaced with other applications such as my own program KComm which is also interesting to me. So I think you can expect to hear more about the V4 Protocol in this blog in the weeks to come.