Perfect Straight-Key Morse Code? Can It Be Made Without Machines?

Author: Tomas NW7US
What is the proper (and most efficient) technique for creating Morse code by hand, using a manual Morse code key?
Ham radio operators find Morse code (and the CW mode, or Continuous Wave keying mode) very useful, even though Morse code is no longer required as part of the licensing process.
Morse code is highly effective in weak-signal radio work.  And, Preppers love Morse code because it is the most efficient way to communicate when there is a major disaster that could wipe out the communications infrastructure.
While this military film is antique, the vintage information is timeless, as the material is applicable to Morse code, even today.  This film has the answer to the question, “Can a person craft perfect Morse code by straight key, without the help of a computer or machine?“
The International Morse Code (sometimes referred to as CW in amateur radio jargon because a continuous wave is turned on and off with the long and short elements of the Morse code characters) is a type of character encoding that transmits telegraphic information using rhythm. Morse code uses a standardized sequence of short and long elements to represent the letters, numerals, punctuation and special characters of a given message. The short and long elements can be formed by sounds, marks, or pulses, in on off keying and are commonly known as dots and dashes or, dits and dahs. The speed of Morse code is measured in words per minute (WPM) or characters per minute, while fixed-length data forms of telecommunication transmission are usually measured in baud or bps.
Why is it called Morse code? This character encoding was devised by Samuel F. B. Morse, the creator of the electric telegraph. This Morse code came in two flavors, in the beginning years of its usage. One was in use by the railroads of America, and is known as American Morse Code. And, there is a unified, internationally-used version (adopted by radio operators), now known as the International Morse Code. Now, when most people refer to Morse code, or CW, they mean, International Morse Code.
Currently, the most popular use of Morse code is by amateur radio operators, although it is no longer a requirement for amateur licensing in many countries. In the professional field, pilots and air traffic controllers are usually familiar with Morse code and require a basic understanding. Navigational aids in the field of aviation, such as VORs and NDBs, constantly transmit their identity in Morse code.
Morse code is designed to be read by humans without a decoding device, making it useful for sending automated digital data in voice channels. For emergency signaling, Morse code can be sent by way of improvised sources that can be easily keyed on and off, making Morse code one of the most versatile methods of telecommunication in existence.
More about Morse code, at my website: http://cw.hfradio.org
73 de NW7US dit dit

So, You Want to Get into the Ham Radio Hobby

Come spend some time with me in this ride-along video blog episode, the first in a series that I am doing to help you begin your journey into the amateur radio hobby. This video is an experiment in that I am trying out this format as a type of “chat” in which I share my thoughts and experiences regarding the ham radio hobby, and how you might start out exploring the hobby.

Regarding the experiment: I have tried to edit the sound to reduce the road noise. Please comment on the noise level, and how well you can hear me talking about the topic. Should I ditch the ride-along format? Comments directly on the YouTube channel are better if you leave a comment on the actual video as displayed on my YouTube channel.

What is the big deal with amateur radio? What is it that you hear? (Part 1) 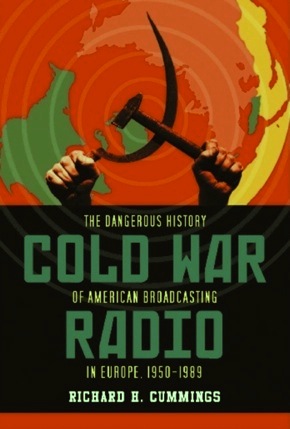 Shortwave radio has been a source for great sci-fi plots, spy intrigue novels, movies, and so on, since radio first became a “thing.” But, what is the big deal, really? What is it that amateur radio operators listen to?

In this video, I share some of the types of signals one might hear on the high frequencies (also known as shortwave or HF bands). This is the first video in an on-going series introducing amateur radio to the interested hobbyist, prepper, and informed citizen.

To begin answering that question, I’ve taken a few moments on video, to share from my perspective, a bit about this shortwave radio thing:

Link to video: https://youtu.be/pIVesUzNP2U — please share with your non-ham friends.

Shortwave Radio Listening — listen to the World on a radio, wherever you might be. Shortwave Radio is similar to the local AM Broadcast Band on Mediumwave (MW) that you can hear on a regular “AM Radio” receiver, except that shortwave signals travel globally, depending on the time of day, time of year, and space weather conditions.

The International Shortwave Broadcasters transmit their signals in various bands of shortwave radio spectrum, found in the 2.3 MHz to 30.0 MHz range. You might think that you need expensive equipment to receive these international broadcasts, but you don’t! Unlike new Satellite services, Shortwave Radio (which has been around since the beginning of the radio era) can work anywhere with very affordable radio equipment. All that you need to hear these signals from around the World is a radio which can receive frequencies in the shortwave bands. Such radios can be very affordable. Of course, you get what you pay for; if you find that this hobby sparks your interest, you might consider more advanced radio equipment. But you would be surprised by how much you can hear with entry-level shortwave receivers. (You’ll see some of these radios on this page).

You do not need a special antenna, though the better the antenna used, the better you can hear weaker stations. You can use the telescopic antenna found on many of the portable shortwave radios now available. However, for reception of more exotic international broadcasts, you should attach a length of wire to your radio’s antenna or antenna jack.

Check out books on radio…