Posts Tagged ‘out of the ordinary’

Author: Larry W2LJ
It was this time of year, from August 28th to September 2nd, 1859 that the Earth experienced what was to be known as The Carrington Event. On September 1st, a solar flare was observed by two British amateur astronomers, Richard Carrington and Richard Hodgson. 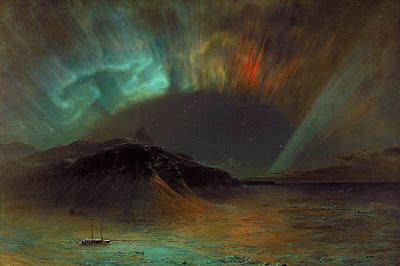 I don’t know if it’s like this for everybody; or if it’s just me.

There are evenings that you can get on the radio and not hear much of anything and call CQ until you are blue in the face.  Then, there are other evenings when everything just seems to “click”.
The was 30 Meters for me tonight.  I still had the KX3 attached to the antennas from using it last night in the 80 Meter Foxhunt.  So I decided (after shoveling snow) to come on down to the shack and give the tuning knob a twirl.
First off, I had two nice chats – the first was with Ken N0JP.  I called CQ and he answered.  When I was calling CQ, I was 579; but as our chat progressed I QSB’ed down to a 429.  Desiring to wrap things up with Ken before I disappeared totally, I gave my final.  Ken came back and told me that I had gone back up to 579!  Thank you, Old Man Murphy!
The second chat was with Mike AA9AA who lives in Wisconsin.  This was a 2X QRP QSO.  Mike was running a TenTec rig at 3 Watts to an Inverted Vee and my KX3 was attached to the 88′ EDZ.  Signals were excellent – an honest 579 report both ways. There was a lot of QRM; but the KX3’s passband filter tuning made short work of the QRM from my side.
After saying our 72’s – I tuned around an heard OJ0H/MM calling CQ.  It turns out that this was a cruise ship down in the Caribbean, the M/S Kristina Katarina out of Finland.  This is the only second /MM station I have ever worked, the first being UR5FA/MM back in May of 2011.  Both were QRP contacts on my end and the QSO with UR5FA/MM was a 2X QRP QSO.  In any event, I worked OJ0H/MM on the first call. 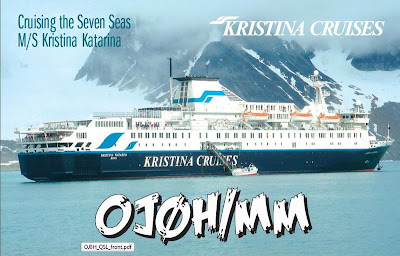 Courtesy of QRZ.com
At that point I went upstairs to warm up a little as the shack is a bit chilly in the Winter. Although not quite as bad as last Winter when it was 58F (14C), it’s still only 61F (16C) down here. After a while, my hands get cold.  Maybe I need to invest in some boat anchor tube gear for down here to keep me warm!
After a bit of a respite before the fireplace, I came back down and heard a watery, warbly but decently strong HK0/F6BFH.  It turns out that Alain was working from Providencia Island, which is located midway between Costa Rica and Jamaica. 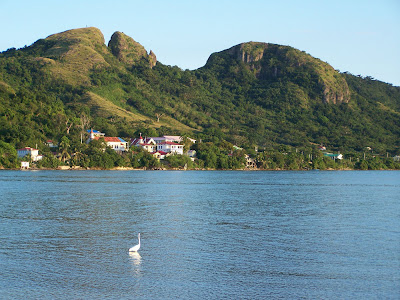 As I was listening to Alain work stations, I happened to look over to Ham Radio Deluxe and I saw that he had been spotted on the DX Cluster.  I stumbled across him and was going to attempt to work him, but it’s been my experience, more often than not, that once DX has been spotted on the Cluster, my chances usually range from slim to none. But throwing caution to the wind, I threw my call out and was very pleasantly surprised when Alain answered with a W2L?.  I put out my call quickly again and gave him a “579 NJ” report.  I was rewarded with the customary DXPedition 599 – which of course, if I really was 599, he would have had my call the first time.  But I’ll take it any day of the week.
So I had two nice chats and two nice Caribbean QSOs.  Now, if I could only get down to the Caribbean (along with my KX3) to enjoy some of that warm weather!
72 de Larry W2LJ
QRP – When you care to send the very least!

Another reason why Steve WGØAT is one of my Ham Radio QRP heroes …….. imagine hiking up to a mountain top in the pre-dawn darkness, just so you can activate a SOTA mountaintop as the sun rises.

That is dedication, my friends!

My good friend Rem K6BBQ has completed his Field Day video.  As usual, it’s a hoot to watch.

All teasing aside, it looks like Rem had a great time; and I wouldn’t have minded being there to give him a helping hand as his logger, or perhaps his official burrito taste tester?