So after ARISSat-1 was deployed, I have been trying to receive a signal from it. Specifically SSTV signals. I haven’t been very sucsessful. For one, I haven’t been able to be at the radio when it makes a pass because of work and family commitments. I’m hoping this week, I’ll have more time to sit down and be there to listen for. But the first thing is, I need to know where it is.

I took a look at some of the tracking software out there for my Mac and found that there is only really one program that I could find for the Mac natively, that was “fully” featured with all the bells and whistles. But it was pretty steeply priced for me at $98. I decided t see what else was out there for free. The only one I found that I liked, was Gpredict. It’s written for Linux, but there are ports for it for Windows and Mac, and it’s open source, so it’s free.

The only draw back was, it wasn’t native, so I had to install from source or use MacPorts, a project that ports open source Linux software to the Mac platform, since Mac OS X is based on FreeBSD. The install took me about an hour because of all the dependencies needed for GPredict. MacPort installed them all with no problem.

So after some false starts and finally reading some more info on it, I managed to get it running on my Macbook Pro. After I ran it for the first time, it saw that the info for the satellites was out of date and asked to do an update, giving me the option to do it online or through a file I downloaded.

Gpredict supports fast and accurate real-time satellite tracking using the NORAD SGP4/SDP4 algorithms, No software limit on the number of satellites or ground stations and Radio and antenna rotator control for autonomous tracking.

After uploading and doing a little more research, I was able to find ARISSat-1 on the list, under RadioSkaf-V. Once I found it, I was able to track it no problem. Now, it’s just a matter of having the time to do it. In the meantime, I encourage you to check out GPredict, and try it out. Since it’s free you’ve got nothing to lose.

But if you also have a suggestion for Mac satellite tracking software, please, share it in the comments, and share any experience you have with GPredict.

Rich also writes a Tech blog and posts stories every Tuesday and Thursday on Q103, The Rock of Albany’s website, as well as Amateur Radio stories every Monday thru Friday here on AmiZed Studios. 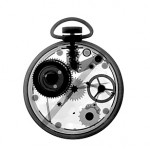 Linux in the Ham Shack took a bit of an unintended hiatus over the last month. We’re in the process of trying to catch back up to where we’re supposed to be. The current episode recording schedule has been posted and is accurate. We’re going to do a couple of broadcasts two weeks in a row and then the next three releases will be coming out in rapid succession so we’re back on track.

After the Dayton Hamvention, Southeast Linux Fest, Joplin ARC Hamfest and Ohio Linux Fest, things have slowed down a bit on the event front, but we’re just starting up again when it comes to the show. So please stay tuned, tell your friends about us, and make sure to pick up a shirt or a ball cap. These are high quality items, and the only way you can get them is online or when we’re at an event close to you. Also, check out the new BADGER WEAR! You can find a link to all of our merchandise at the top of this Web site. Have a good week, everyone, and thanks for listening!