I was looking at all the stuff in my ham software folder and thought about deleting JT65-HF. I no longer see the point in continuing to use JT65A when an alternative exists which uses the same messages and takes the same amount of time but is more sensitive and much narrower. The fact that this alternative has come along at the same time as W6CQZ, the author of JT65-HF, has stated that he can no longer develop it seems to me very fortuitous.

Okay, there are still a lot more stations to work with JT65A but that is surely only temporary. Like Tim, G4VXE I can see activity switching from JT65A to JT9-1 over time and JT65A activity on HF withering away from lack of use. JT65A has been a lot of fun but it can also be frustrating when you can’t find space to operate within it’s 2kHz or when a very strong signal stops the software from decoding anything. JT9-1 has people using too much power too, but the decoder seems more robust and a lot more stations can concurrently use the same bandwidth. It just seems an all round better solution.

I expressed this opinion in one of the Yahoo! groups this morning and several people replied to disagree with me. As one person put it “if I am half way to WAS (worked all states) using JT65A then I am not going to stop using it until I have finished it.”

To me, I can see no reason to continue using a mode once a better alternative exists, which is why I have no interest at all in using RTTY, for which there are several superior alternatives. The idea of making contacts just to put a tick in a box in a matrix ordered by band, mode and prefix/country/state makes me quite depressed. I will use JT9 until something even better comes along, after which I will lose interest in it just as I have lost interest in JT65A.

This afternoon JT9-1 gave me my first contact into Kyrgyzstan, with EX8MT. 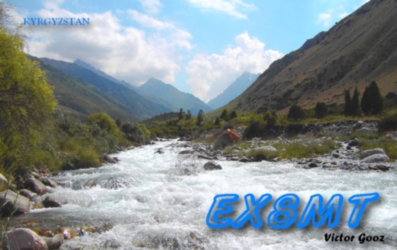 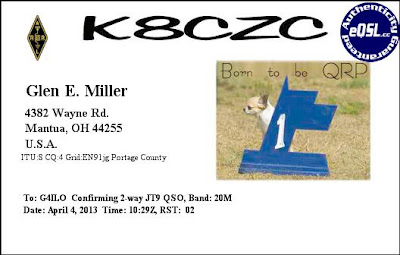 It was inevitable this would happen: someone has started a Yahoo! group for the JT9 mode. Pity they couldn’t have made it a Google group like the one for JT65A but I guess more hams have Yahoo! accounts than Google accounts.

There was already a fairly quiet WSJT group but this will keep the discussions about using JT9 on HF separate from the rather esoteric MS and EME stuff.

I only managed 4 QSOs in abour as many hours using JT9-1 this morning. I worked LU8EX whom I recognized having made a JT65A contact with him in the past. Hopefully more operators will make the switch from JT65A to JT9-1. At the moment it feels like I’ve worked everybody. I was spotted many times by VK3AMA even when I was running 5 watts. Pity there is no-one else in Oz using the mode yet. 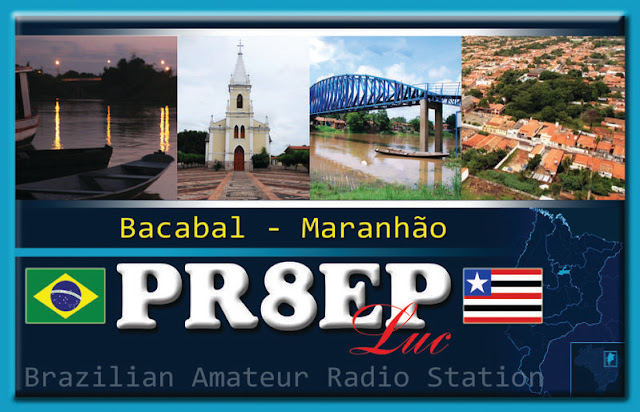 I switched to PSK31 in the afternoon and my QSO rate immediately improved. A nice catch was Luc PR8EP whose QSL card I picture here.

Another good one was Eric HS0ZJK in Phetchaburi, Thailand. He is only the second Thai station I have worked, and both were on 15m.