The backroom boys 1976-1978, were the lads who did the lighting, sound, and projection of films for the school plays, and performances. Working at the back of the school hall, in and outside of school time.

Recently all four of us got together and went back to visit what was left of Aelfgar school, Rugeley, where we were educated in our senior years betweek 1974 and 1979. 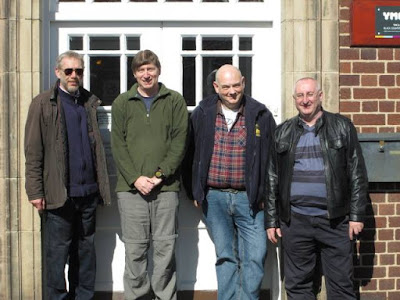 Who is this scruffy lot?

Dave, Phil, John and me.

This was taken outside of the front entrance of the old original school building which is now a YMCA hostel and Doctors surgery.

All of us have a radio connnection. Myself and Dave became radio amateurs, Phil's Dad was a Radio Ham, John and I used to build crystal sets and regen radios in the school holidays. 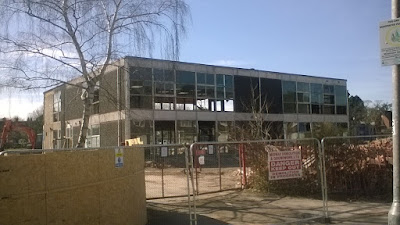 This is what was left of the science block. At the time we visited it didn't have many days left before it was to be demolished. 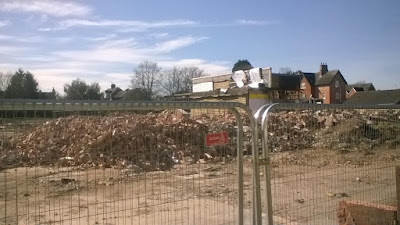 The school hall and library has already gone and was rubble.

The new part of Aelfgar survived two major fires, gutting the hall and library on both occasions, in the period of when we were all educated there. But had been closed for several years before they decided it was of no further use and the land was to made available for housing.