Such is the life of a QRPer

My lunchtime QRP session looked promising, right from the start. First off. the weather was, gorgeous …… simply gorgeous! It was sunny with a deep blue sky, and about 72F (22C) with a slight breeze, and the humidity was way, way low. It was one of those days where you go out for lunch and seriously consider the possibility of not going back inside to the office. One of the 10 best weather days of the year …. absolutely!

The 15 Meter band was hopping again.  I had a quick QSO with RO70PR and then a bit bit of a longer one with Lars SM5CAK, who was running serious power. I don’t know what Lars was using for a rig, but he told me that he was pumping 800 Watts into the aether via a beam atop a 75 foot tower. That QSO done, I was hunting for more.  This was the kind of day where I thought I might be able to get 5 or 6 good DX QSOs in rapid succession, just like Jim W1PID on one of his outings.

Then it happened.  TA7I appeared on the very low end of the band, at 15.003 MHz.  He was loud and the pile up was brisk, but not something (in my estimation) that could not be conquered. If you’re a fan of David Baldacci’s series of “King and Maxwell’ books, it was the moment where Edgar Roy would say, “Hot Damn!” 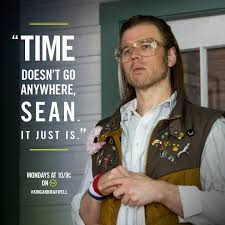 My estimation was wrong.  I could not make myself heard.  This was one of those instances that happens many times in the life of a QRPer.  The DX is loud, the crowd is small, you just know in your heart of hearts, that you will be successful and will get that DX station in your log.

But you don’t.  And to make it worse, it leaves you scratching your head, because you don’t know why. Everything seems perfect, but it’s not.  Band conditions seem good, you’ve worked weaker DX stations just a few minutes earlier. It all looks like “a go for liftoff”, except that the rocket never ignites.

I could be disappointed that I wasted almost a good half hour on a futile mission. But I’m not. You learn quickly in the QRP game that sometimes you’re the windshield, and sometimes you’re the bug.  But tomorrow is another day, and someday …… someday I will get Turkey in the log using QRP.  I’m certain of it.

Besides, if this was like shooting fish in a barrel, what would be the fun in that?

As I close, I’d like to take this opportunity to welcome a newcomer to the ranks of Amateur Radio (even though he’s not even aware of this blog as far as I know).  But this newcomer is special to me, because he’s a Catholic priest – a very, very cool Catholic priest.  I read his blog, every single day.  So a big “Welcome to the hobby” goes out to Fr. John Zuhlsdorf,  KC9ZJN.  Fr. Z got his Tech license and he’s studying for his General.  Besides covering religious topics in his blog, he’ll also cover topics such as art, travel, food, target shooting, various technology related items and now …. Amateur Radio.  Like I said ……. cool, very cool!

2 Responses to “Such is the life of a QRPer”