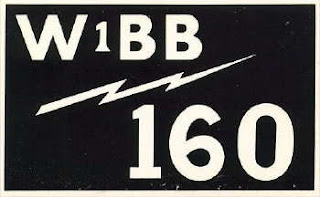 This contest is unique in that the usual density of activity on the eastern side of the continent does not necessarily provide an advantage ... contest scores are determined by the distances worked and each QSO will have a different point score, depending on its distance. The exchange is a simple one ... grid locators only ... and from these, the point score for each contact is calculated. From my way of thinking, and many others that I have discussed this with, the 'SP' is one of the fairest contests there is, putting everyone, no matter where they are located, on an even footing.


Unfortunately, mother nature, in combination with ol-Sol, conspired once again to provide some serious geomagnetic disturbance and conditions were anything but memorable ... the 'K'-index jumped to a stormy '5' right at sunset. I seem to be saying this a lot of late, but the sad fact is that sun has been extremely active and punishingly geoeffective as it winds its way down from a rather unnoteworthy peak. To add more mystery to this already quirky cycle, its downslide would make any 'normal', highly-active cycle, stand proud ... the strong slide down does not seem to match the wimpy low-level peak, observed a few years ago.

From here, operating in the 100-watt category, it was a struggle to work the normally easy single-hop stations, with no signs of the central states for several hours after sunset. Several east coast stations were worked towards midnight for the nice 12-point per QSO scores, but truth be told, almost all contacts were a struggle with many stations needing several repeats just to get the call or grid. 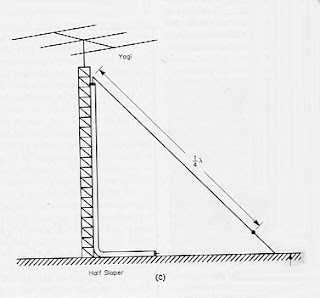 My half-sloper antenna and radial system is located right on the edge of the ocean, looking to the east, and its already low takeoff angle is enhanced with ~ 6db of sea (horizon) gain, making it a poor antenna for anything within the first-hop region ... after that it really seems to comes to life.

My best DX is usually JA but this time was KH6. The SP is always fun, but better conditions would have really made it a blast ... hopefully next year!
Steve McDonald, VE7SL, is a regular contributor to AmateurRadio.com and writes from British Columbia, Canada. Contact him at [email protected].