SOTA Activation Without The Tears

I recently blogged about a not-that-well-executed SOTA (Summits on The Air) activation, in How Not to Do a SOTA Activation. This past weekend, I made another run at it with much better results. Still, I did use a low impact approach to the activation. 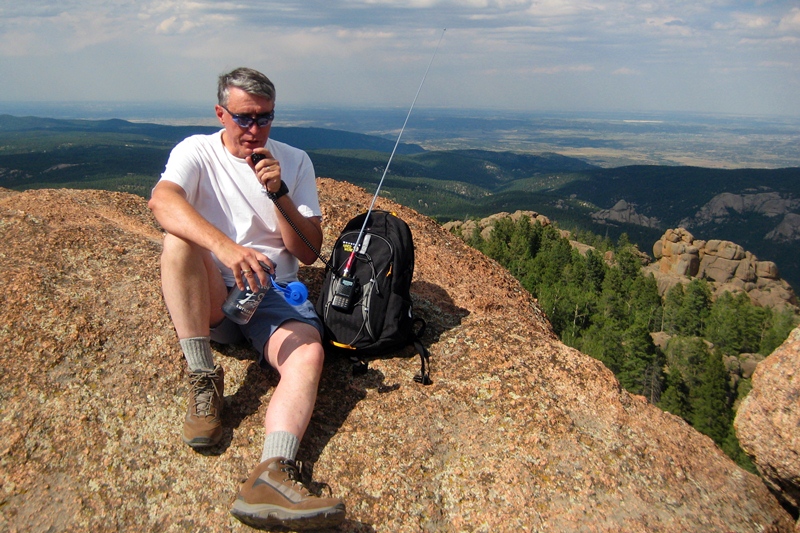 My hiking partner spouse and I decided to go for a hike on Sunday afternoon. It had been many years since we had climbed up to the fire lookout on Devils Head in Pike National Forest, so that sounded like a great destination. There is an excellent view at the top (fire lookouts tend to be like that) and the weather was awesome. I checked the SOTA list, and sure enough, Devils Head is a legitimate SOTA peak (W0/FR-051).

The hike is about 2.8 miles round trip with an elevation gain of 950 feet. I put this in the category of a good tourist hike…with just enough huffing and puffing to make you think you worked for it but not so much that it kills you. Here’s the topo map and route taken from everytrail.com: 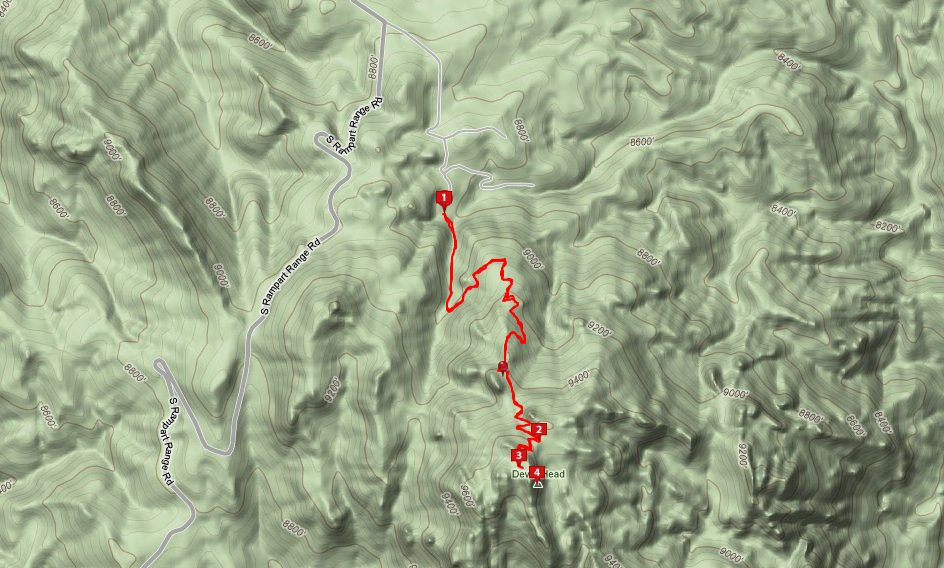 As I put together my daypack, I tossed in my Yaesu FT-60 handheld radio and a 1/2-wave vertical whip antenna. This was going to be a 2M FM operation only.  (I don’t have anything against HF, but there is something magic about VHF propagation with a little altitude.) Then I sent a quick message to a couple of the local email lists asking for people to try to work me on the summit. We drove to the trailhead and started our hike up the trail, which is heavily used but well maintained.

The fire lookout is not a tower. It sits on top of a large rock formation with stairs leading up the side of the rock. 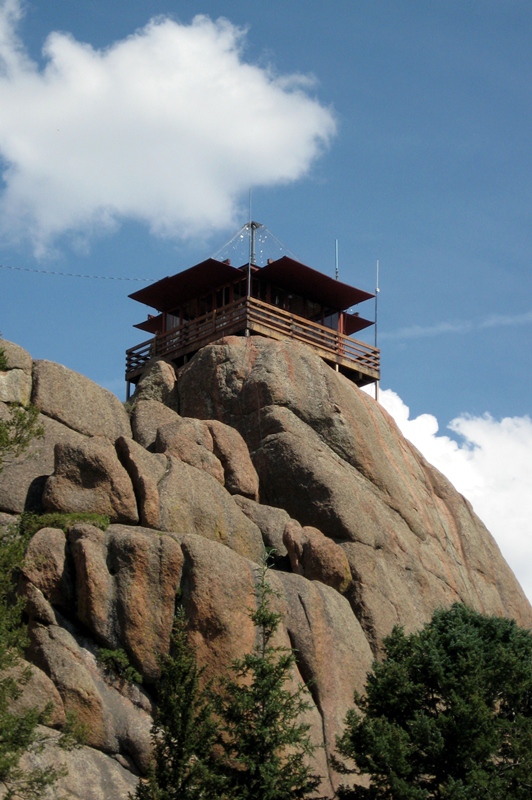 When we got to the top, we spent some time enjoying the view and catching our breath. As the sign says, the stairs have 143 steps which take you to an elevation of 9748 feet. 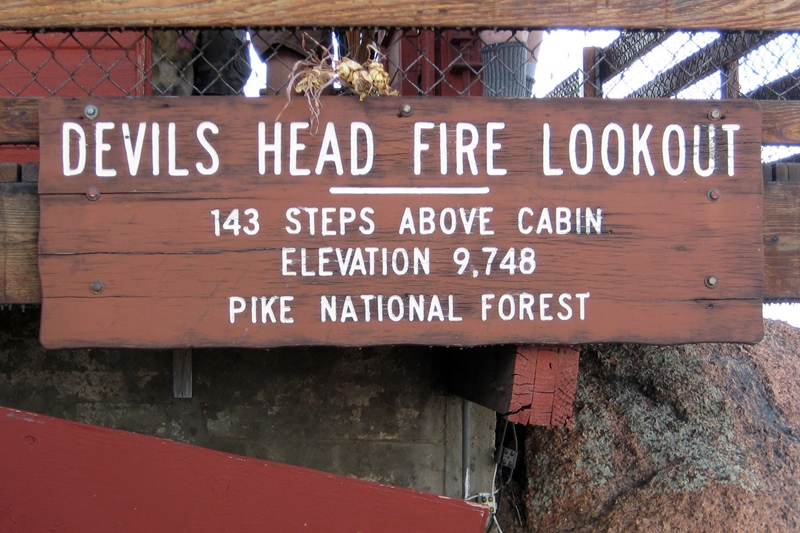 I got out the radio and started calling CQ on 146.52 MHz. Ted (NØNKG) came right back to me…I think he probably saw my email message. Over the next half hour, I worked a total of 7 contacts: NØNKG, N2RL, NØGWM, W7RTX, WB9QDL, KØDEN and WXØPIX. I even remembered to bring along a log book and a pen to write it all down.

Bill Ellis staffs the fire lookout for the US Forest Service most of the time during the summer. He handed me a card that certifies that I climbed up to the lookout station. Note that this card indicates that it is the 100th anniversary of the fire lookout! And Bill’s been doing this for 26 years. Cool! 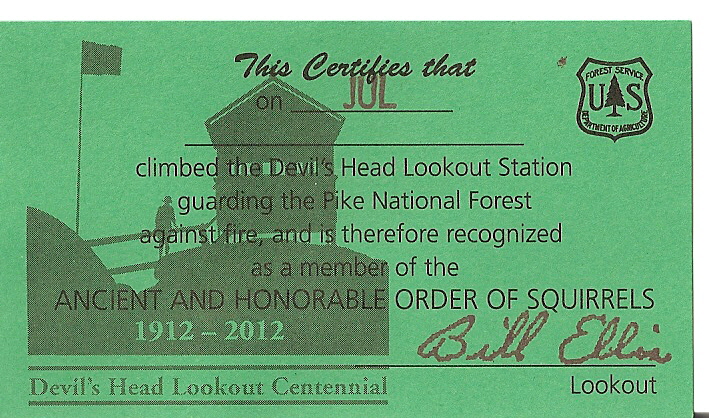 Various people have said that Devils Head is a must do hike in Colorado and I have to agree (whether you are doing a SOTA activation or not). It turns out that I was the second person to activate Devils Head as a SOTA summit, with Chuck (N6UHB) having done it in October 2011. I’ll probably do some more of this since it is a nice blend of ham radio, hiking and enjoying the view from a high spot.