Spring is finally coming to the Colorado high country so it was time for a SOTA (Summits on the Air) activation. I don’t know which idea comes first: let’s go hiking or let’s play SOTA. I suppose it doesn’t really matter.

I’ve had my eyes on activating Aspen Ridge, which is near our family cabin but I wasn’t sure if the road was open. It turned out to be an easy Jeep ride down Forest Service Road 185 to get close to the summit. Then a half mile hike around and over the occasional snow patch got Joyce K0JJW and me to the summit. 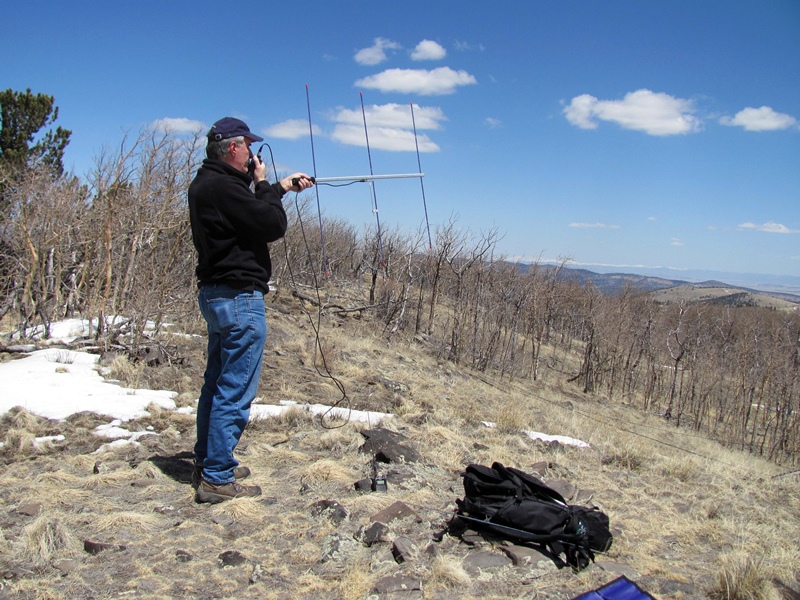 My portable station was a Yaesu FT-60 handheld and a couple of antennas. Shown above is my dualband Arrow II antenna with only the 2 Meter elements installed, resulting in a 3-element Yagi antenna. My other antenna is an omni-directional MFJ-1714 1/2-wave whip antenna, which is a little easier to handle for general use. Often that is the only antenna I bring along but this time I decided to add a few more dB of signal by using the Yagi. I also take along a Yaesu VX-8GR that pings my location on APRS (www.aprs.fi/k0nr-7).

After a few calls on 146.52 MHz FM, I worked KC8I in Woodland Park. A few minutes later, I caught Steve WG0AT operating from another SOTA peak (Mt Herman, W0/FR-063) for the QRP To The Field contest. A little later, I worked Ted N0ZPX who was fishing at Antero Reservoir, then N0VXE mobile near Salida and Ron N0MQJ in Ranch of the Rockies. 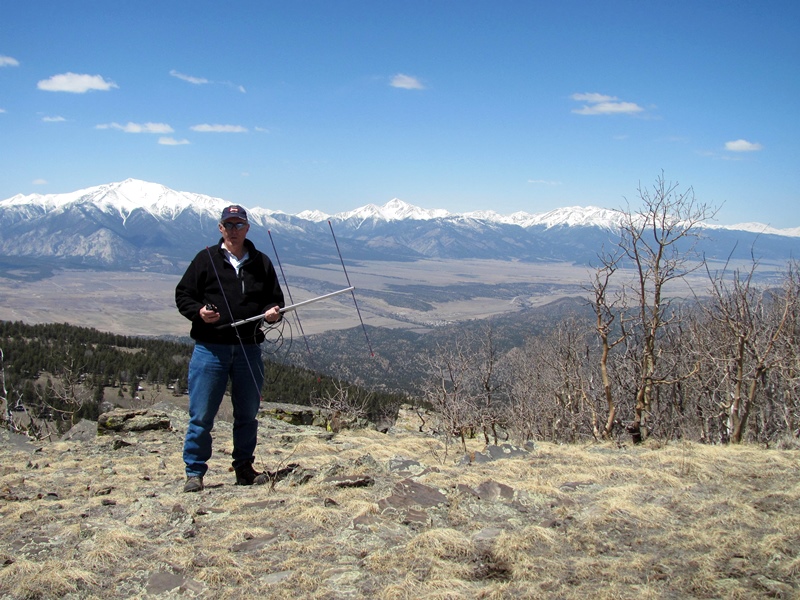 This photo shows the beautiful Collegiate Peaks in the background, with plenty of snow still showing. Needless to say, it is a gorgeous view from Aspen Ridge!