Some radio time this weekend. 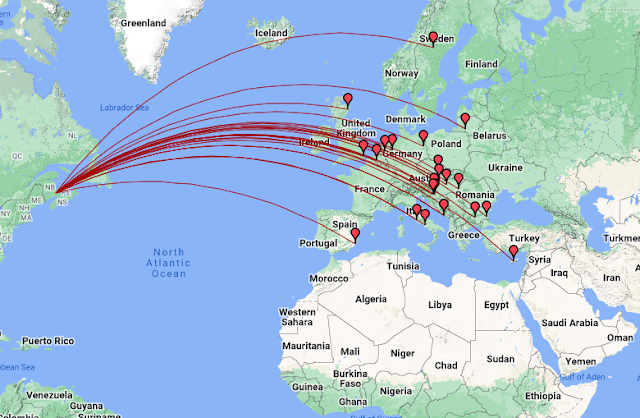 This past weekend was the running of the UK/EI DX CW contest and most of the time I have a great receive/transmit into the UK and so I was looking forward to this contest. I have seen sunspot numbers on the increase along with solar flux which is a good and bad thing. Good because the important numbers are rising and poor as this means the sun is active and at times lets loose with solar activity which can bring a rise to the Kp index.

This weekend during the contest was similar to me using a string and tin can for communications. I did hear some UK stations but no EI stations at all. When I did hear a UK station at one moment they were solid and then in the mud. Generally I made contact with them and then the contest report at both ends was in the mud and needed many repeat backs.

Well such is the life of a ham radio op they say....and what I add to that is any day on the radio is a good day! I was able to get some CW practice in and overall the time I spent in the contest (about 2 hours) was a nice time spent.

I made 23 contacts for a score of 833. The picture above is my ADIF  log projected on a map to show contacts for the contest.