25 February 2016 | by Andrew MØNRD  |  Share |  Tweet |  Leave a Comment (0)
Shack activity has been curtailed with the antenna 'mast' spending a lot of time luffed over due of the winter storms and high winds that have battered the UK over recent weeks.

Thankfully things calmed down and was able to put the antenna back up but I seemed a little deaf on VHF/UHF dropping several S-points on local repeaters and then started to see high VSWR readings. The incessant rain had somehow got into the connector under the collinear despite being generously wrapped in self amalgamating tape. I replaced the connector and removed a couple of feet of coax in case any had seeped into the cable.

Like much of the UK amateur community I have been trying to listen in to British Astronaut Major Tim Peake during a number of ARISS UK school contacts during the Principia mission on the International Space Station. It is pleasing to see the enthusiasm, interest and publicity it has generated for the hobby.

There is another contact tomorrow (Friday 26th February 2016 at 1440UTC) with the City of Norwich School. While reception of the first two contacts proved a little disappointing for me, the one last week was much better and I made a video during the pass.


The Astronauts are certainly busy on the space station and there was an ARISS contact this morning with an Italian school. It was a low pass here only reaching 7 degrees above the horizon but was pleased to capture Tim Kopra conversing. I was using just the X-50 collinear on the FT857-D


The repaired ATU and a new balun on the OCFD has made a big difference to HF. It is much less noisy and I am now able to match the antenna to 80m something I could never do before. While it will be very inefficient on such a short antenna I did run a little over 2W last night on WSPR as a test, and was pleasantly surprised. 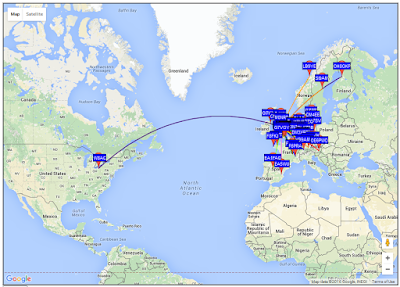 I have also been doing some JT65 and for the first time some JT9 inspired by a demonstration at SKARS and I was pleased to make a JT9 QSO with JA5BDZ on 15m using 10W.

A big help to HF has been tracking down the source of my recent QRM, which wasn't as many suggested my evil PLT devices but in fact the now redundant wireless router. While the WiFi was switched off it was still being used as a network switch and for some reason had suddenly become RF noisy, it wasn't the switching PSU but the actual unit and would happen a few hours after being switched on. Funny thing it is not the first time I've had an access point suddenly emit QRM.

A couple of weeks ago I went out with Stewart (M0SDM) to assist him flying his kite antenna and we operated under the club callsign MX0SKR, for a couple of hours, it was great fun. 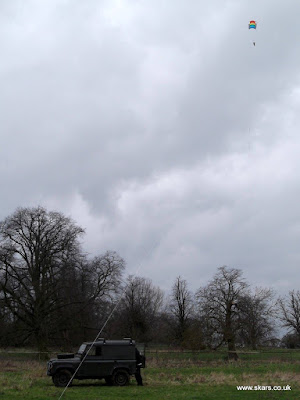 Last weekend I also helped my brother David (M6GTD) install a couple of antennas at the family home. He can finally use the radio he brought at the Hamfest back in September, a Diamond X-50 dual band collinear and a home brewed 33ft long OCFD should get him on the air! 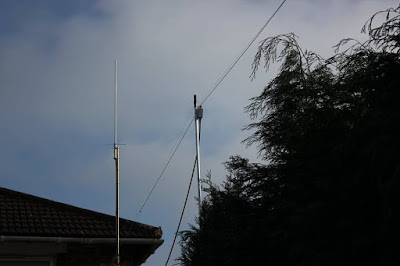 David helped me at the Hamfest with the balloon launch 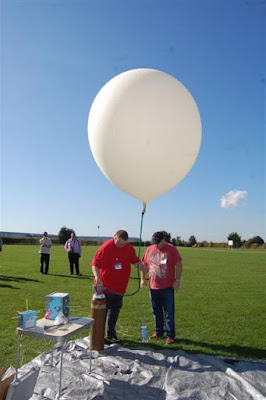 My apologies if this blog post sounds like a bit like an excited child recanting his holiday "I did this, and then I did this and I also did that" I hope to post something a little more coherent and structured soon!
Andrew Garratt, MØNRD, is a regular contributor to AmateurRadio.com and writes from East Midlands, England. Contact him at [email protected].