With three seasons of FT8 under its belt, there’s no doubt that it's taken over as the number-one mode for the 6m band ... there are very few traces of CW or SSB to be found.

What it hasn’t taken away, is the magic!

The spectacular parts were highlighted by one particularly unique contact that can only be attributed to some heads-up operating skills, a little help from FT8 ... and the unpredictability of Sporadic-E.

On June 20, at 0056Z, K7CW (Paul), south-west of Seattle, nudged his signal all the way to Hong Kong, more specifically, to VR2ZXP’s crowded apartment building. But that’s not the incredible part. That happened when Paul heard and exchanged signal reports with Alfred’s tiny station!

VR2ZXP is located in one of the most densely populated cities on the planet.

"As I told to Paul, it’s a hard job to be a ham in VR2 Hong Kong especially for the DX. Hong Kong is a high density population city. 99% people are living in apartment only. The housing price here is crazy around US$1800 per sq. feet. Neighborhoods always complain why we setup antennas out of our windows and produce radiation to affect their health. So, what we just can do is to use a small whip with QRO for the QSO. Besides, interference is also serious. Thousands of air conditioner is surrounding me and a power station 132kV to 11kV is just faced to me in 1km away. Here the noise level on low HF band at night is S9." 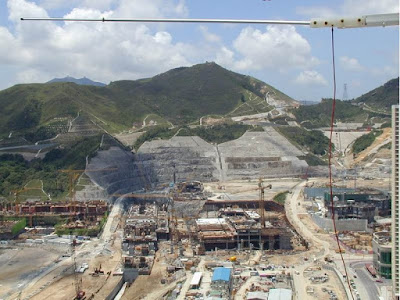 I’m not sure which is the most spectacular part of this contact ... that Alfred could detect Paul’s signal in such a noisy environment using such a small makeshift antenna or that Paul was able to copy the tiny signal coming from uptown Hong Kong. 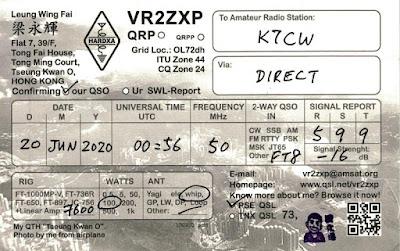 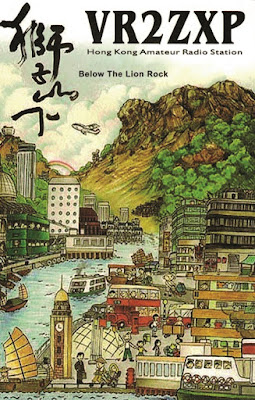 "Anyway, our QSO with Paul is really special. However, I am just a small potato on this story. Without below reason, our QSO may not be success.
1) Paul’s big gun antenna and his station perfect setup.
2) The JT operation mode which introduced by K1JT Mr. Joseph Hooton Taylor. Let me have a chance to say thank you to Joseph."
However, the summertime fun did not stop here. Early on the morning of May 31st, westerners were treated to what some 6m diehards called the best European opening they've ever experienced!
Up on Vancouver Island, John, VE7DAY, was surely glad that he checked the band early, as what followed was a European opening that bounced from one country to another for over 3-1/2 hours! By the time it was over, John had bagged 66 contacts on FT8 and 19 new DXCC entities, including the difficult to work 9H1 in Malta! John's list looks more like 20m CW rather than 50MHz in mid-summer: GM, PA, G, I, DK, 4O, 9H, OM, HG, LA, HB, OE, SM, 9A, MW, YT, OK, LZ, SV!
Long openings like this occur very rarely, making them even more thrilling and can cause even the most experienced 6m DXer’s mouse-hand to tremble with excitement!


Others up and down the west coast also filled their log pages with ‘new ones’ ... unfortunately my exciter was on the workbench while replacing the screen so I never knew what I had missed until some time later ... probably just as well. I guess I must have been pretty naughty at some point, as the 6m gods definitely singled me out for special punishment that morning.

Once the exciter was back together I was able to catch a few good openings myself, the best of which was early on the morning of June 23 when I was able to work SV9CVY (Crete), SV1DH (Greece) and IS0AWZ (Sardinia). 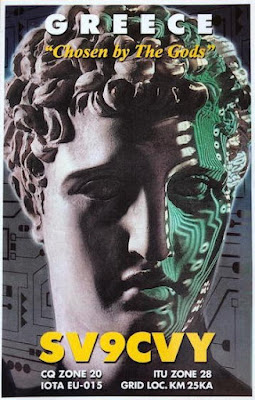 Crete and Sardinia gave me DXCC #89 and #90. Three days later, during a nice opening to the southern states, J68HZ in St. Lucia snuck through the QRM for #91. After a further three days, on June 29, another very early opening put 8 more Europeans in the log including HA8CE (Hungary) and YU7EF (Yugoslavia) for #92 and #93 respectively. 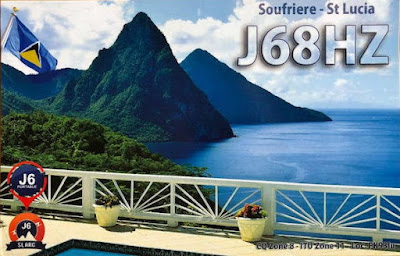 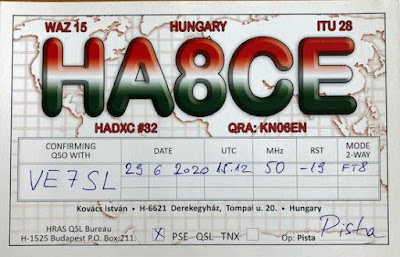 The band also produced several long openings to Asia, usually in the late afternoon hours. Several contacts were made with South Korean stations, China and dozens with Japan.

All told, the band produced some exciting activity this summer. Countries worked here were:
JA, JW, TG, V31, J68, LA, SM, SV9, SV, IS0, EA, HA, YU, F, 9A5, BG, HL, EA8. Certainly FT8 had much to do with a good portion of the action but it is difficult to say just how much. Many of the Europeans were very strong and could have easily been worked on CW in a matter of a few seconds, rather than the 60 - 75 seconds required for a valid FT8 exchange, assuming there are no repeats. But it's contacts like Paul and Alfred's that continue to validate the special name given to the band ... you just never know what might tricks will be next.
Steve McDonald, VE7SL, is a regular contributor to AmateurRadio.com and writes from British Columbia, Canada. Contact him at [email protected].