First - The NJQRP Skeeter Hunt for 2016 is moving from the second Sunday in August to the third. So please mark Sunday, August 21st on your calendar for this year's Skeeter Hunt.  There are two reasons for this. The most important is that yours truly has an outstanding monthly commitment each 2nd Sunday of the month.  That's the Sunday I go help out at the soup kitchen in the next town over.  I kind of blew that off the past couple of Augusts, and that's not right. There are some things more important than Amateur Radio, and this is one of those.

But hey, the organizer shouldn't go AWOL, right?  (That's how I feel, anyway). So I have moved it back a weekend to the third Sunday in August, where it shall occur forever more.  Another added benefit is that this makes the spacing between Flight of the Bumblebees, the Skeeter Hunt and QRP Afield and the Peanut Power Sprint a bit more even.

Second - I have gotten blessing from Sean Kutzko KX9X to incorporate NPOTA into the NJQRP Skeeter Hunt this year.  Is that COOL or what?  I'm not exactly sure how it's going to all work out. Maybe bonus points for activating an NPOTA unit for the Hunt - or possibly some special "memento" for activating an NPOTA unit during the Hunt.  I'll have to ruminate on that one for a bit - but there's time.

Third - On a personal level, Sean announced some new NPOTA units the other day. This was a biggie for me, because in the Northeast, the Washington - Rochambeau Historical Trail was added. This is the route taken by General Rochambeau's French forces and General Washington's Continental forces as they both marched on towards the siege at Yorktown, which all but brought the American victory in the Revolutionary War. 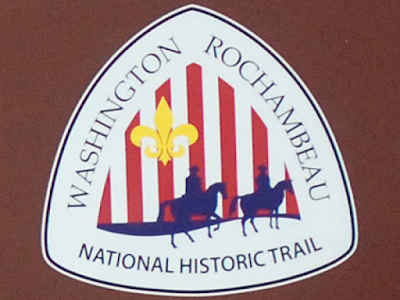 The Washington - Rochambeau Historical Trail is within a stone's throw from my house - literally. To make this situation even better, there is the Frazee house located on the trail in Scotch Plains, NJ - the next town over. Rather than try and explain the significance of the Frazee house in my own words - allow me to post something from the official Website. 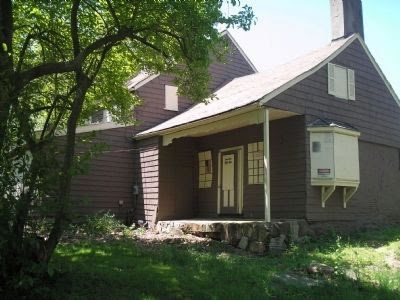 "As the legend holds, after the Battle of Short Hills, General Cornwallis and his troops passed by the house while marching toward the Watchung mountains, located a few miles to the north. Known to the locals as a prolific baker, Aunt Betty was baking bread at the time. Hungry and tired, the troops smelled the bread and Cornwallis approached her stating, "I want the first loaf of bread that next comes from that oven." Betty is said to have replied, “Sir, I give you this bread through fear, not in love.” Evidently impressed by her courage, Cornwallis is said to have stated, “Not a man in my command shall touch a single loaf.” While history offers evidence that Betty lived in the house and did, indeed, bake bread, the story of the actual conversation is not authenticated by primary source documents.  The words allegedly spoken by the principals are found in the earliest authoritative source on the subject, F.W. Ricord's History of Union County, page 513, which is one of the sources cited in the National Register of Historic Places filing that led to the Frazee House being placed on the Register." 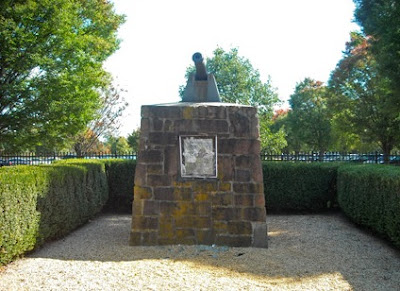 I'll have to look onto getting permission to operate from the property that the house is on. If that's not obtainable, there are plenty of other locations that can be operated from on the Trail, right in my local area. In fact, right in front of the Ashbrook Golf Course, is a monument to The Battle of Short Hills.