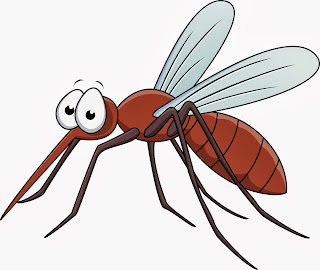 Yes! There will be a Skeeter Hunt in 2015.  It will be held on Sunday, August 9th. Skeeter numbers will be issued starting on the "First Day of Summer", which will be Sunday June 21st - the weekend before Field Day.

There is one major rule change for this year - there will be no extra bonus points for working DX stations this year.  As many of you know, the Skeeter Hunt seems to always coincide with the "Work All Germany" contest, and in years past, working a DX station was worth 3 points.  Several Skeeters in the Mid-West and on the West coast pointed out that this is an unfair advantage to East coast Skeeters. After considering it, I have come to agree with this, and have eliminated that extra DX bonus.  The playing field will be much more equal this year.

The Bonus word for this year is "CULICIDAE", which is the Latin word for the family of insects that mosquitoes belong to.  Work enough call signs that include those letters and you can garner yourself another 100 points. There's an "L" in there and I will be happy to be the official "L" provider for the Hunt. Hi! (I think Don K3RLL among others, will also be happy to give away "L"s, too.)

I am having a bit of trouble with the QSL.NET webpage, so for all the details of this year's Skeeter Hunt, you can go to my Skeeter Hunt page of this blog - http://w2lj.blogspot.com/p/njqrp-skeeter-hunt.html.

I am hoping to have the QSL.NET problems ironed away by this weekend, but then again, you never know.

72 de Larry w2LJ
QRP - When you care to send the very least!
Larry Makoski, W2LJ, is a regular contributor to AmateurRadio.com and writes from New Jersey, USA. Contact him at [email protected].