21 January 2015 | by Larry W2LJ  |  Share |  Tweet |  Leave a Comment (2)
Our second Technician License class started last evening. This time, instead of being open to just the "public", this one is primarily intended for the Clark, NJ CERT Team. Drew W2OU, Marv K2VHW and yours truly met with, introduced ourselves to, and began the process of instructing 15 potential new Hams. 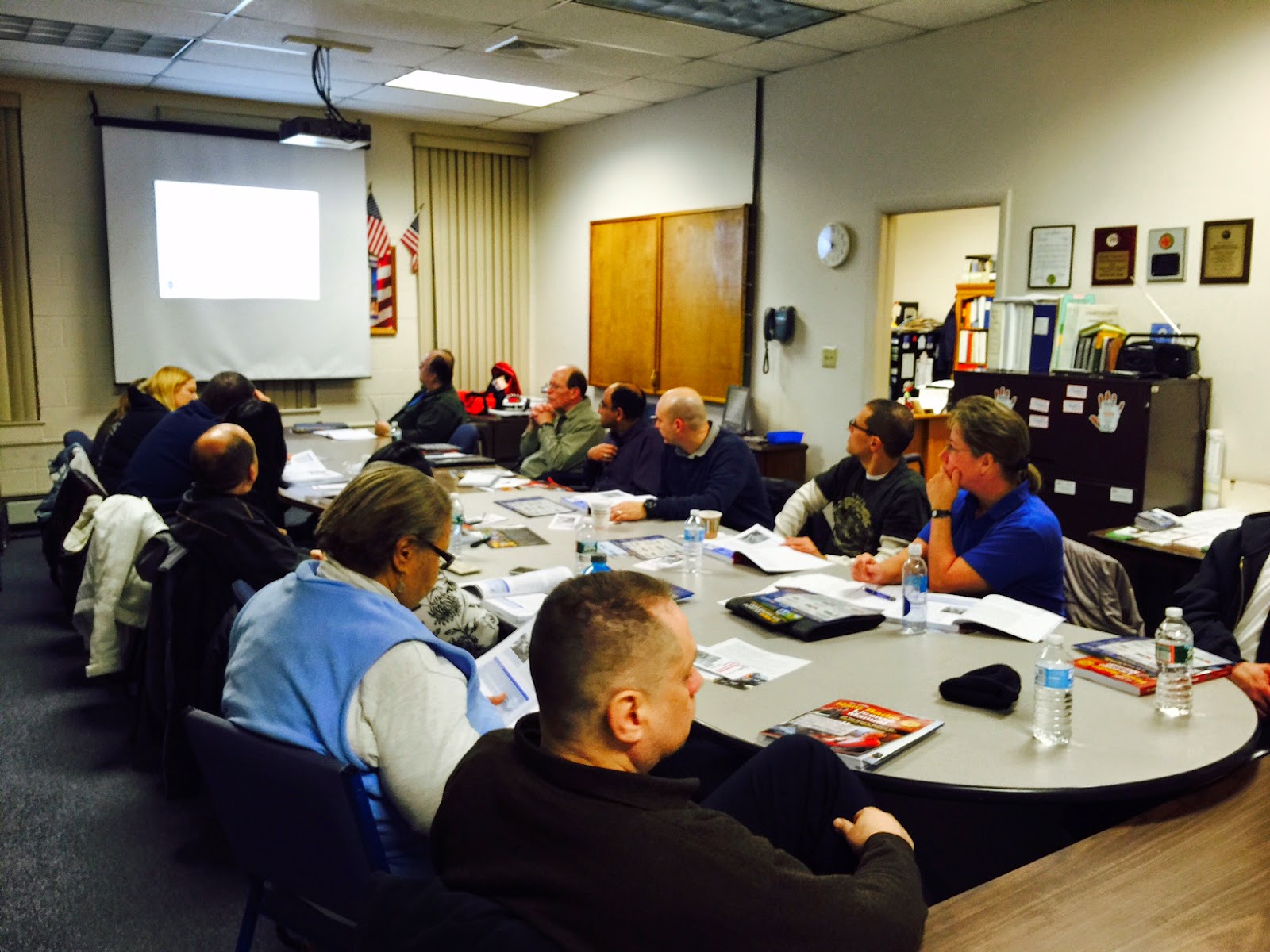 It's always fun and exciting to be with a group of people who show genuine interest in Amateur Radio, as was the case last night. All of these folks showed enthusiasm and curiosity and an eagerness to learn. 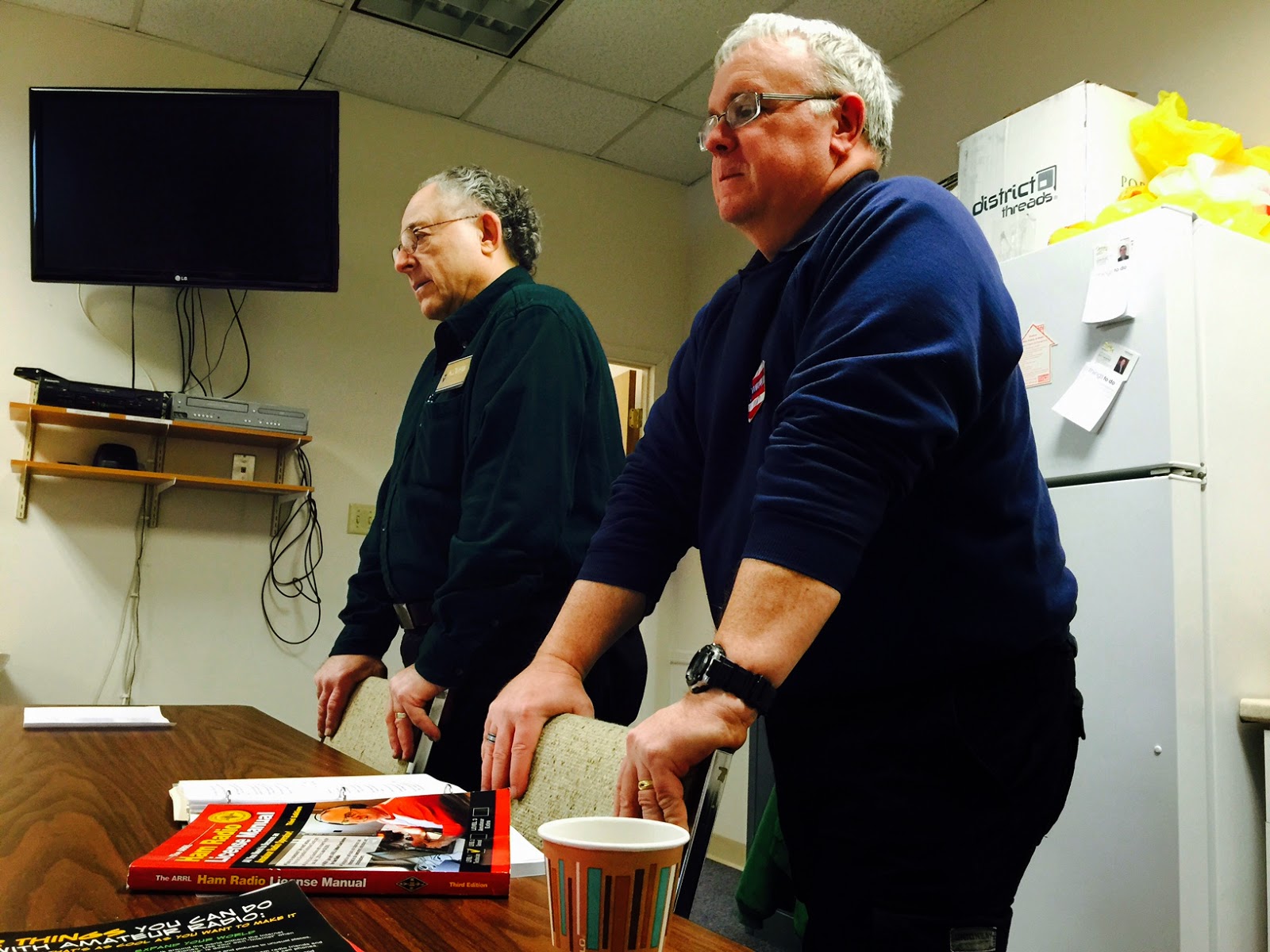 That's Marv K2VHW on the left and W2LJ on the right.
Notice the coffee cup - gotta have cup of coffee before class, after a long day at work!
We will become "buddies" over the course of the next seven Tuesday evenings, and hopefully after that, we will add more people to the ranks of Amateur Radio.

And if the teaching gig isn't enough, I was thinking of home brewing a magnetic loop this winter. My line of thinking is that I could build one for let's say 40-10 Meters. From what I understand they're not huge. Then, when it gets really frosty in the basement, I could just set the loop up on the main floor and operate temporarily from the dining room table or something like that.  Just a thought, though, as funds are kinda tight.  I have some spare coax (enough for a loop), and I think the only expense at this point would be the tuning capacitor. It doesn't need to be one of those expensive vacuum jobs, so maybe I can find something reasonable on eBay.

My inspiration for this has been Greg, N4KGL. I've been following his posts on Google+ and through his blog.  He seems to be having so much success with his loop that it seems like a worthwhile endeavor. That, and the fact that I feel like building something.

2 Responses to “Ring that school bell!”