Results and a Few Thoughts On the June VHF Contest

As hoped, I had a great weekend working the ARRL June VHF QSO Party (AKA the June VHF Contest). Band conditions were not as good as last year but we had some very good sporadic-e propagation on 50 MHz. 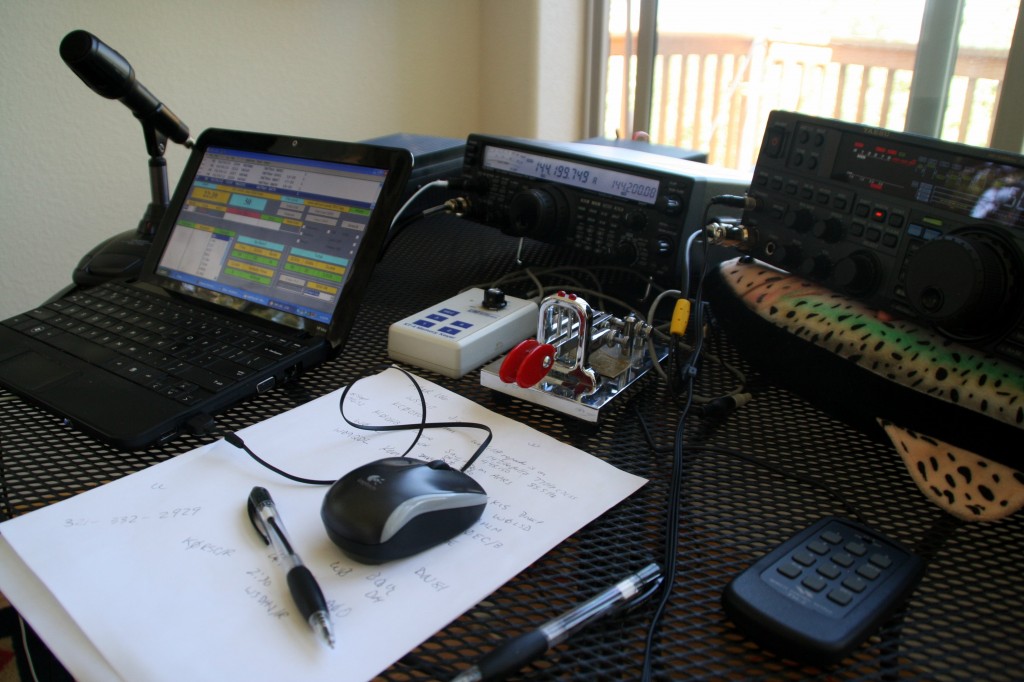 I operated from the cabin “portable style” in DM78av, near Trout Creek Pass. It was a two band effort (50 MHz, 144 MHz) but I did make a few Qs on 440 FM. Everything worked pretty well except my portable mast struggled with the high winds we experienced.

The contest started out slow with just a few local contacts on 2 Meters. About 3 hours into the contest, 6 Meters started to percolate and I heard east coast and midwest stations popping up. Soon, the sporadic-e was in high gear and I was working stations at a decent clip. Later in the day, the band swung around and I worked quite a few stations in pretty much every part of the USA. Sunday started out in the morning with a few contacts to the south, including XE2X in grid EL06. Later the band flipped over to the east coast, then hovered over the midwest. Later in the day, the VE stations from Canada were pounding in and it seemed they were having a blast working many different states.

Note the CW keyer and paddles in the picture. I am not a great CW op but I end up making a few CW contacts “when the going gets tough” during VHF contests. Not shown in the photo is the Heil Pro Set headset with HC-4 microphone element and optional PTT foot switch. I have really come to appreciate how effective and efficient this headset is for contesting. I’ll also give a shout-out for the VHFLOG contest software by W3KM. I’ve tried a number of logging programs and really like this one for VHF contests.